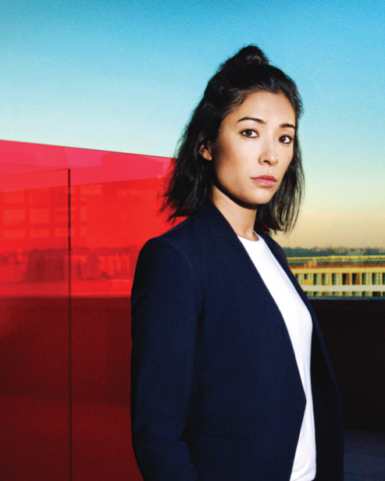 In one of his first major staffing moves since starting as director of the Museum of Contemporary Art Los Angeles six months ago, Klaus Biesenbach has named Mia Locks senior curator and head of new initiatives of the institution. She will begin at MOCA in July.

Locks has worked as an independent curator based in New York. In 2017, with Christopher Y. Lew, she curated the Whitney Biennial, which ranked among the most celebrated shows of its kind at the museum in recent memory. In 2015, with Douglas Crimp, Peter Eleey, and Thomas J. Lax, she organized the Greater New York quinquennial at MoMA PS1, where she was an assistant curator and oversaw exhibitions devoted to Math Bass, IM Heung-Soon, and Samara Golden.

Locks’s appointment—which comes coupled with news that MOCA has no plans to hire a chief curator to replace Helen Molesworth in that role, as reported by the Los Angeles Times—marks a homecoming of sorts. During a previous stint at MOCA, she helped organize, with Bennett Simpson, the 2012 exhibition “Blues for Smoke,” a survey that explored the influence of blues music on art-making. “I am delighted to return to Los Angeles and to MOCA, where I started my career,” Locks said in a statement. “I look forward to working with Klaus and the MOCA team on exhibitions and programs. I’m also very excited to develop a variety of initiatives that support MOCA’s efforts to be an equitable, forward thinking, and socially engaged cultural institution on a local, national, and international scale.”

Biesenbach said in a statement, “As a contemporary art museum, MOCA needs to anticipate and respond to the world around us, and Mia will help us to lead efforts to support the issues that artists care about most. For example, museums have to address pressing issues of equity and inclusion, and climate and ecology, among others. I know Mia will help bring attention to these issues and support MOCA in being a responsible citizen among citizens.”