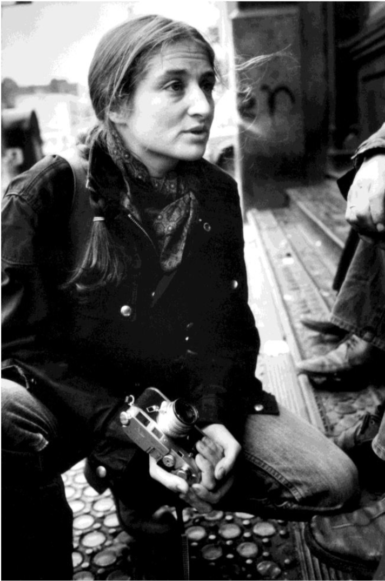 As Rencontres d’Arles prepares to open its 50th edition in July, the French photography festival and Kering, a luxury goods holding company owned by collector François Pinault, have named the first winner of the newly established Women in Motion Award, a prize given to female photographers.

That inaugural winner is Susan Meiselas, who is set to speak about her work at the festival’s opening on July 2. She will receive €25,000 (about $28,200) through the prize.

A member of the famed Magnum Photo Agency, Meiselas is one of the most celebrated documentary photographers working today. She produced some of the most famous images of the 1978–79 insurrection in Nicaragua, and her work has frequently dealt with conflict, political revolution, and the status of women in the United States and beyond.

Her work has been surveyed frequently, at such venues as the Jeu de Paume in Paris, which held the most comprehensive of her work to date in 2018. Earlier this year, Meiselas won the Deutsche Börse Photography Foundation Prize, which is among the most notable awards for photography in the world.

The Women in Motion Award is the result of a five-year partnership between Kering and Rencontres d’Arles. The prize’s launch comes following criticisms of the festival for not including enough women in its programming. Last year, a group of artists and arts professionals published an open letter to the festival’s director, Sam Stourdzé, in the French newspaper Libération in which they urged the festival to work toward gender parity for the 2019 edition.

Rubell Museum in Miami to Open in New 100,000-Square-Foot Space in December -ARTnews
Picasso Painting Once the Subject of Nazi-Loot Lawsuit to Appear at Zurich Art Weekend -ARTnews
To Top
error: Content is protected !!