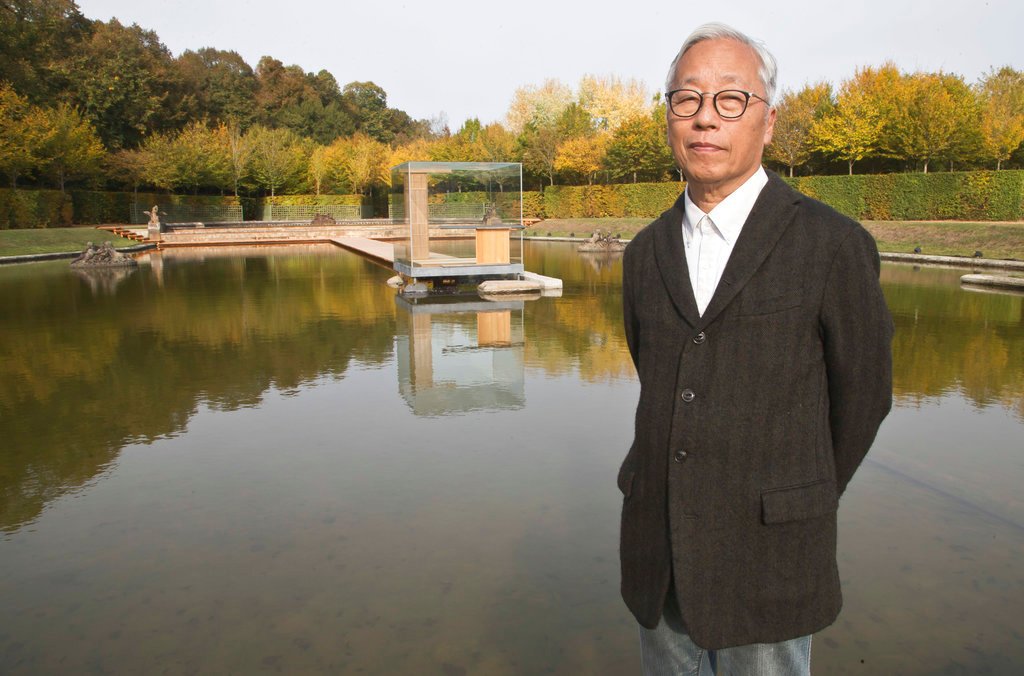 To receive Morning Links in your inbox every weekday, sign up for our Breakfast with ARTnews newsletter.
The Headlines
AN ANCIENT CAMBODIAN SCULPTURE MAY SOON BE HEADING. The U.S. has filed court papers to repatriate a 10th-century Khmer sandstone piece—of a peacock carrying the Hindu deity Skanda—that is said to have been taken from a temple in the country in 1997, the New York Times reports. The work was once sold by the late collector Douglas A.J. Latchford , who was accused of smuggling stolen works, and it passed to its most recent owner through inheritance. That person voluntarily relinquished it. This repatriation effort comes a month after Manhattan’s district attorney returned 27 looted objects to the country, and in the wake of the recent decision by Latchford’s daughter, Nawapan Kriangsak, to bequeath the Cambodian art collection she inherited from him to the nation. It was estimated by some to be worth north of $50 million.

GREAT ART FINDS A WAY. An early Vincent van Gogh watercolor, last exhibited in public in 1903, has been loaned to at the Museum of Modern Art, Saitama in Japan. The Dutch landscape, of a cow-filled field in the Hague, has a harrowing history, as Martin Bailey narrates in the Art Newspaper. It sat for years in a wooden crate abandoned by the artist, later sold for a few pennies, and eventually made its way to a Japanese collector who bought it last year and shared it with the museum. In other van Gogh news, the meteorologist Matthew Cappucci discussed the artist’s 1888 Starry Night with the Washington Post and explained that, from a meteorological perspective, the work does not make sense. That may not be entirely surprising, but he also offered enriching insights on works by Georgia O’Keeffe, Katsushika Hokusai, and John Constable.
The Digest
On Tuesday, the Smithsonian will begin operating its museums at full capacity—and end mandatory timed ticketing, except at two institutions, the National Museum of African American History and Culture (which required booking even pre-pandemic) and the National Zoo in Washington, D.C. [The Washington Post]
Speaking of the Smithsonian, Hiroshi Sugimoto’s controversial redesign of the Hirshhorn Museum’s sculpture garden has gotten the go-ahead from the U.S. Commission of Fine Arts, the final approval it needed to proceed. [Artforum]

Ella Schaap—an expert in Dutch ceramics who was a volunteer and then a curator at the Philadelphia Museum of Art—has died at the age of 108. A collector of contemporary art with her late husband, Dolf Schaap, she was knighted in 2007 by Queen Beatrix of the Netherlands. [The Philadelphia Inquirer]
The illustrator and children’s book author Floyd Cooper, whose projects focused on Black history, has died at the age of 65. He won the 2009 Coretta Scott King Award, which honors Black illustrators, for his the art he contributed to Joyce Carol Thomas’s The Blacker the Berry (2008). [Associated Press]
Director Apichatpong Weerasethakul took home a special jury prize at the Cannes Film Festival for his latest movie, Memoria, whose stars includes Tilda Swinton and Daniel Giménez Cacho. [Variety]
Saint Laurent held its first physical fashion show since the start of the pandemic—for its Spring/Summer 2022 menswear collection—in Venice in a structure designed by artist Doug Aitken. [ARTnews]
Artist Titus Kaphar and Gagosian donated the proceeds from the sale of a Kaphar painting in the gallery’s current “Social Works” show in New York to NXTHVN, the arts nonprofit founded by the artist in New Haven, Connecticut. [@Gagosian/Instagram]
The Kicker
A RARE STONE IDENTIFYING THE EDGE OF ANCIENT ROME was discovered during the digging of a new sewer system, the Associated Press reports. Dating to the year 49, the marker is one of only 11 that have been found—and the last one was unearthed a century ago! “Rome never ceases to amaze and always shows off its new treasures,” the city’s mayor, Virginia Raggi, said. The marker is now on view at the Museum of the Ara Pacis in the capital.  [Associated Press]
Thank you for reading. We’ll see you tomorrow.