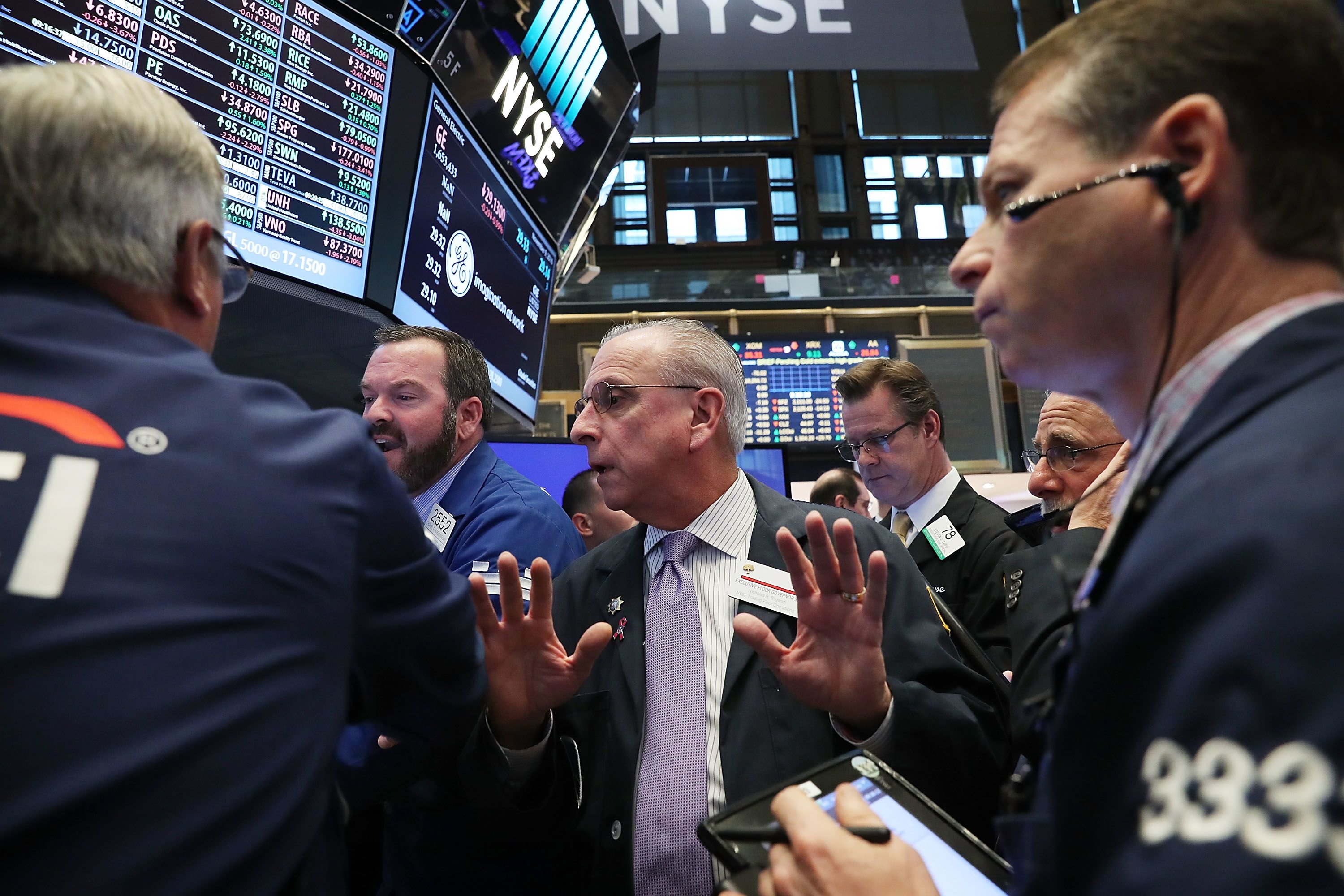 Traders work on the floor of the New York Stock Exchange (NYSE) the morning after Donald Trump won a major upset in the presidential election on November 9, 2016 in New York City.

Lowe’s — Lowe’s shares surged more than 10% after the home improvement retailer posted better-than-forecast quarterly results. The company posted a profit of $2.15 per share on revenue of $20.99 billion. Analysts polled by Refinitiv expected earnings of $2.01 per share on revenue of $20.94 billion. “We capitalized on spring demand, strong holiday event execution and growth in paint and our pro business to deliver strong second quarter results,” CEO Marvin Ellison said.

Urban Outfitters — The retail company’s stock rose 6.9% on better-than-expected earnings for the previous quarter. Urban Outfitters reported earnings per share of 61 cents, which was 3 cents above a Refinitiv estimate. The company had stronger-than-forecast sales from its Free People division, growing by 6% versus a FactSet estimate of 1.4%.

Fitbit — Fitbit rose 2.4% after the company announced a partnership with Singapore’s Health Promotion Board. As part of the deal, Fitbit will give devices to people who commit to a year of the Fitbit Premium subscription program at a rate of $10 per month. The company’s CEO told CNBC that Apple was one of Fitbit’s competitors for the Singapore partnership.

—CNBC’s Jesse Pound and Elizabeth Myong contributed to this report.

Analyst says China tariff was not the reason why he downgraded Apple
US-China trade war creates ‘uncertainty’ and ‘complexity’
To Top
error: Content is protected !!