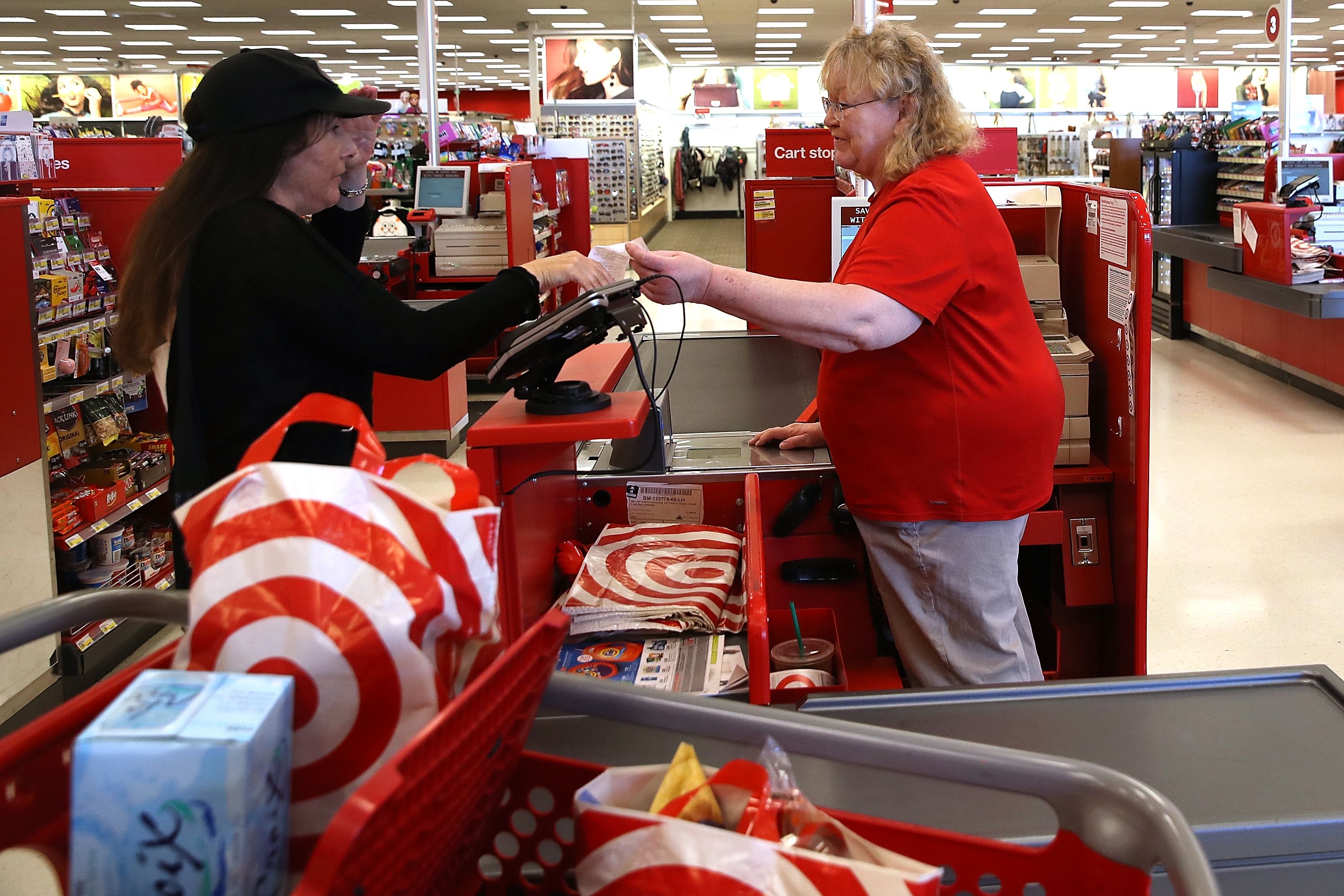 A Target worker helps a customer at a Target store in San Rafael, California.

“As long as the trade situation remains fluid, it will present an additional layer of uncertainty and complexity as we plan our business,” Cornell told analysts on a conference call following the company’s second-quarter earnings report.

President Donald Trump said last week he was holding off on imposing 10% tariffs on certain Chinese-made goods until Dec. 15. The levies were supposed to begin Sept. 1. The U.S. Trade Representative office said the delay is for electronics, including cellphones, laptops and video game consoles, and some types of clothing, shoes and “certain toys.” “We’re doing this for the Christmas season,” Trump said.

Cornell said Target is “encouraged” by the delay. He said the company benefits from its “diverse, multi-category assortment, deep expertise in global sourcing and a sophisticated set of manufacturing partners around the world.”

“As a result, we are confident in our ability to navigate this period of heightened volatility and move our business forward,” he said.