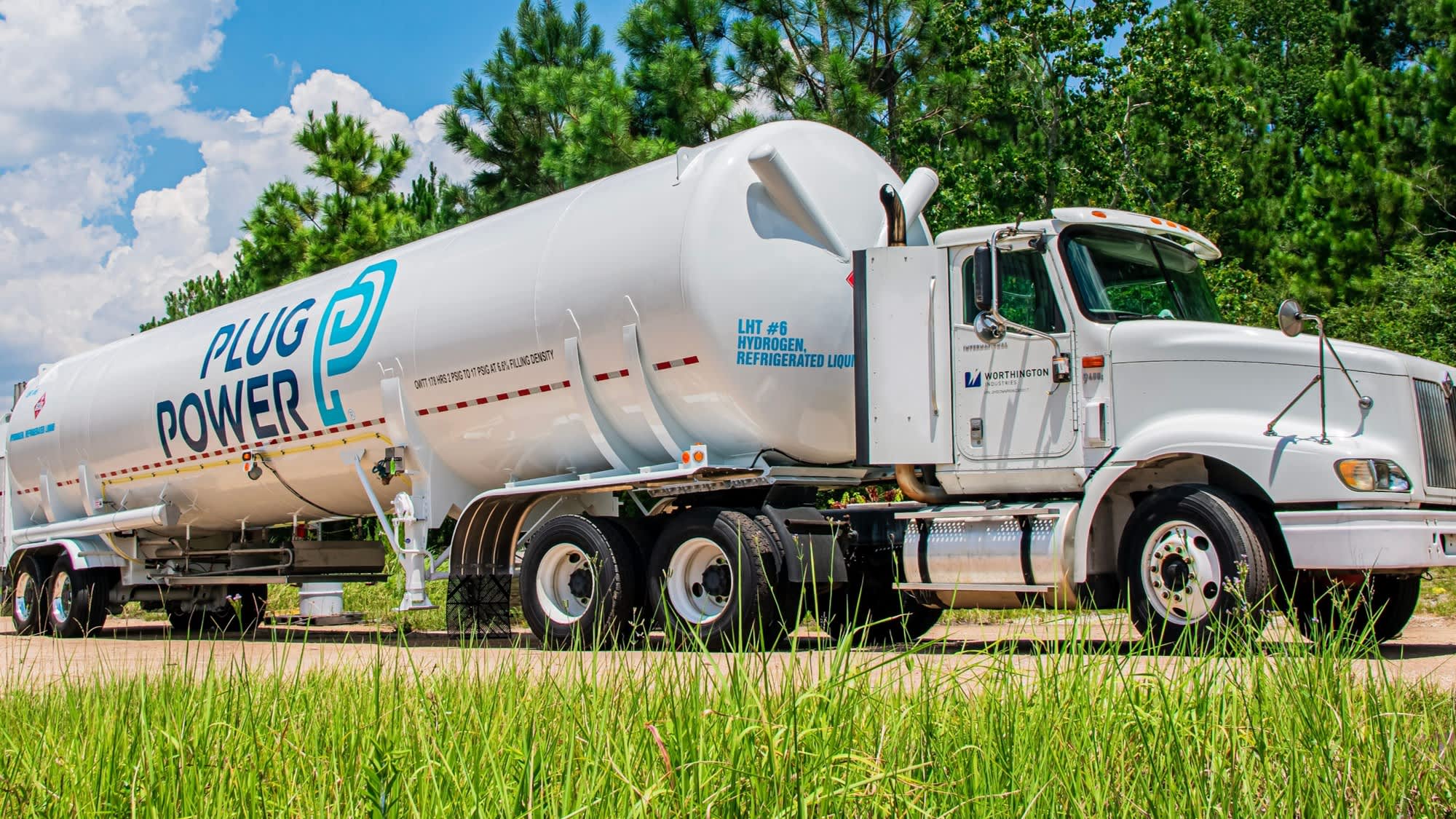 Plug Power hydrogen delivery truck.Source: Plug PowerCheck out the companies making headlines in midday trading.Plug Power – The fuel cell maker’s shares slid 7.9% after Plug Power said it will restate financial results following accounting errors. In a filing the company said the errors are primarily related to areas including the impairment of certain long-lived assets, as well as loss accruals for certain service contracts. “There is no expected impact to our cash position, business operations or economics of commercial arrangements,” the company said, adding that the review did not find any misconduct.Coupa Software – Shares of the financial management software company dropped 4.8% even after a better-than-expected quarterly report. Coupa earned an adjusted 17 cents per share for its latest quarter, compared to expectations of an 11 cents per share loss, according to Refinitiv. The company’s revenue also topped expectations. Lennar — The homebuilder’s share price popped 13.8% after reporting strong quarterly results. Lennar reported earnings per share of $2.04. Revenue came in at $5.33 billion, topping estimates of $5.13 billion, according to Refinitiv.CrowdStrike Holdings  – The security software stock rose 6% after the company reported earnings that topped analysts’ estimates. CrowdStrike reported quarterly earnings of 13 cents per share, beating estimates by 5 cents, according to Refinitiv. CrowdStrike also issued an upbeat outlook, projecting more than $1 billion in revenue this year.Uber — Shares of the ride-hailing service dropped 4.2% Wednesday morning after the company said it would grant U.K. drivers worker status, minimum wage and certain benefits. Uber’s decision came after the country’s Supreme Court upheld a ruling that a group of drivers were workers, not independent contractors.McDonald’s — Shares of McDonald’s rose 1.9% in midday trading after Deutsche Bank upgraded the global burger chain to buy and said investors should see 11% upside over the next year. UBS also published a bullish note on Wednesday and said McDonald’s should continue to see strong sales growth throughout 2021 thanks to its foray into chicken sandwiches.Coherent — The laser company’s stock price jumped 3.3% after Coherent said it had received a revised takeover bid from optical components maker Lumentum for $6.9 billion in cash and stock.  This is the 8th bid for Coherent in a takeover contest involving Lumentum, II-VI and MKS Instruments.— with reporting from CNBC’s Yun Li, Pippa Stevens, Tom Franck and Jesse Pound.

Entering China is now easier for people who have a vaccine — but only if it’s made in China
Indonesia will restart AstraZeneca vaccines when regulators give the go ahead, health minister says
To Top
error: Content is protected !!