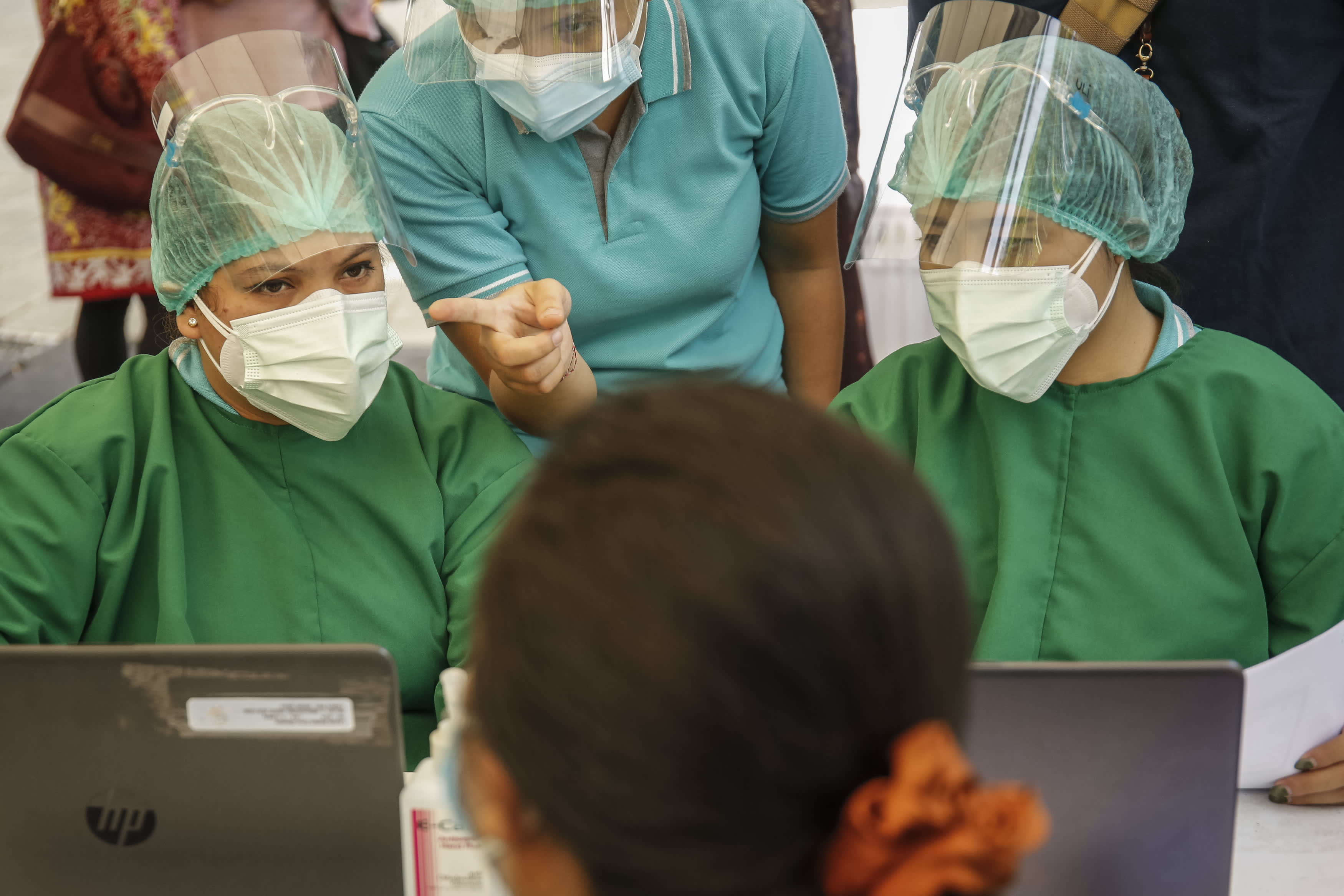 Medical officer prepares the administrations for mass Covid-19 vaccination program for health workers in Denpasar, Bali, Indonesia on February 4 2021.NurPhoto | NurPhoto | Getty ImagesIndonesia will resume its use of the AstraZeneca vaccine as soon as regulators give the go ahead that it’s safe, the country’s health minister said.Southeast Asia’s largest economy halted the use of AstraZeneca’s Covid-19 vaccine — co-developed with the University of Oxford — after more than a dozen countries in Europe suspended the vaccine due to blood clot concerns that affected recipients.Health minister Budi Gunadi Sadikin said Indonesia is still awaiting confirmation on the safety of AstraZeneca’s vaccine from the World Health Organization (WHO) and the European Medicines Agency (EMA).”If EMA .. and WHO (were to) deliver a positive recommendation. Yes, I can confirm we will continue with the vaccination of AstraZeneca vaccine,” said Sadikin, who spoke to CNBC’s “Street Signs Asia” as part of the Asian Development Bank’s virtual Southeast Asia Development Symposium.The WHO said Wednesday “the benefits of the AstraZeneca vaccine outweigh its risks and recommends that vaccinations continue.”EMA is expected to release findings on its investigations on Thursday. The EU regulator had earlier indicated that there was no direct link the events were caused by the vaccination. Indonesia’s vaccine planIndonesia is the worst affected Southeast Asian nation, reporting more than 1.43 million Covid-19 cases and over 38,900 deaths so far, according to data compiled by Johns Hopkins University.Through Covax, the global alliance aiming to deliver coronavirus vaccines to the world’s poorest countries, Indonesia received 1.1 million doses of the AstraZeneca-Oxford vaccine, Reuters reported saying it’s set to receive another 10 million doses in the coming months.Despite the current delay in the administration of AstraZeneca’s vaccine, Sadikin remained optimistic Indonesia can deliver on its goal to inoculate 181.5 million people in the country by the end of the year.”That means we need to accelerate the vaccine program to 1.3 to 1.5 million jabs per day,” he said, adding the country is working very hard with all vaccine producers to push the delivery schedule forward by December.Indonesia also authorized one of the world’s first private vaccination programs last month to run alongside its national drive, enabling firms to buy state-procured vaccines for their employees.It expects to receive 20.2 million doses of Covid-19 vaccines developed by Moderna and China’s Sinopharm from the second-quarter to use in the scheme.Using the private sector is one of the ways the country can accelerate the production of vaccines, said Sadikin, adding that it will help ensure people from poor backgrounds also have access to the vaccines through their companies.”It will be different as a free vaccine for employees and their families and (in) many companies their employees are not rich.”