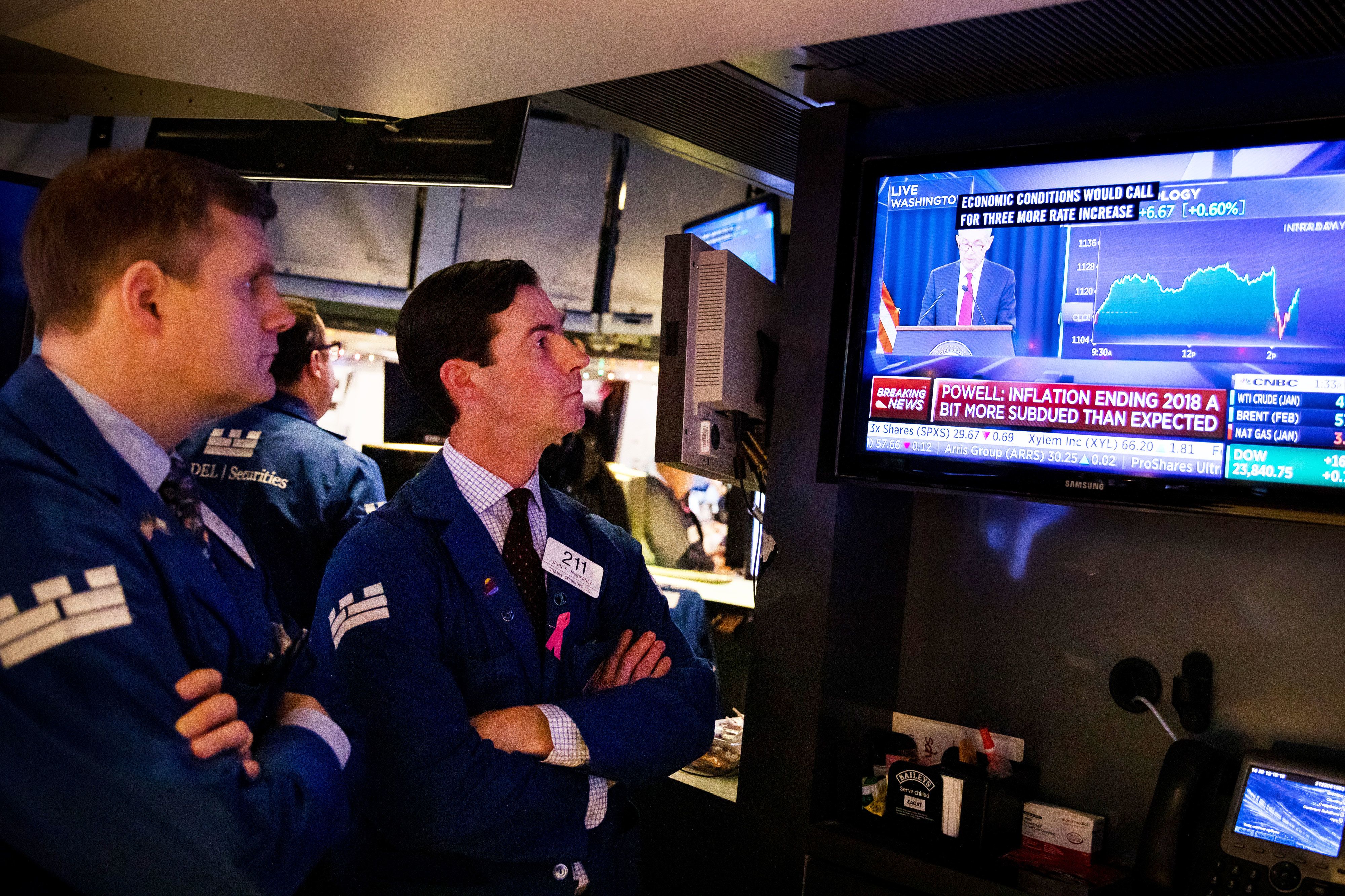 A phrase often used by American market commentators over the years is “don’t kill the goose that lays the golden eggs” and while no one has slaughtered global markets yet, feathers have been sharply plucked.

If our bird is the markets, then the trade war is the latest cause of stress and not everyone believes the Federal Reserve can prescribe an antidote this time.

One red flag, waving for weeks, is the inverted yield curve. Redeker said many people are simply putting it down to the U.S. repatriating money but ignoring its knock-on effect. Redeker said people should question how U.S. banks might act in future if they suffer limited profitability thanks to low interest rates..

But surely if growth slows and inflation falters, the Fed just steps in to reduce the cost of money? Not so fast.

While the Fed may cut, it’s not a slam dunk that the dollar will fall. The Morgan Stanley team raked over the history books and found in two cases the dollar went down on the back of a rate cut but in three other cases it went up.

Redeker, an FX specialist, warned the dollar which funds 80% of global trade, needs to fall because at current levels it is suppressing growth. The problem is so acute Redeker said, it would not be a surprise if the U.S. led a discussion on FX at the G20 at the end of June.

Other assets standing at an important crossroads for markets last week also weighed economic slowdown against the firepower of the Fed. Michael Howell, CEO at CrossBorder Capital, has warned investors to prepare for a rush to safety and predicted the 10-year US Treasury yield would fall by 100 basis points within 12 months.

Howell said he sees a reduced appetite by investors to gamble on returns. He explained that investors are shuffling down the risk curve into safer assets and shrinking their investing horizons.

More than ten years on from the financial crisis and faith in global growth is worsening.

—Karen Tso is an anchor on Squawk Box Europe, CNBC and you can follow her on Twitter @cnbckaren.