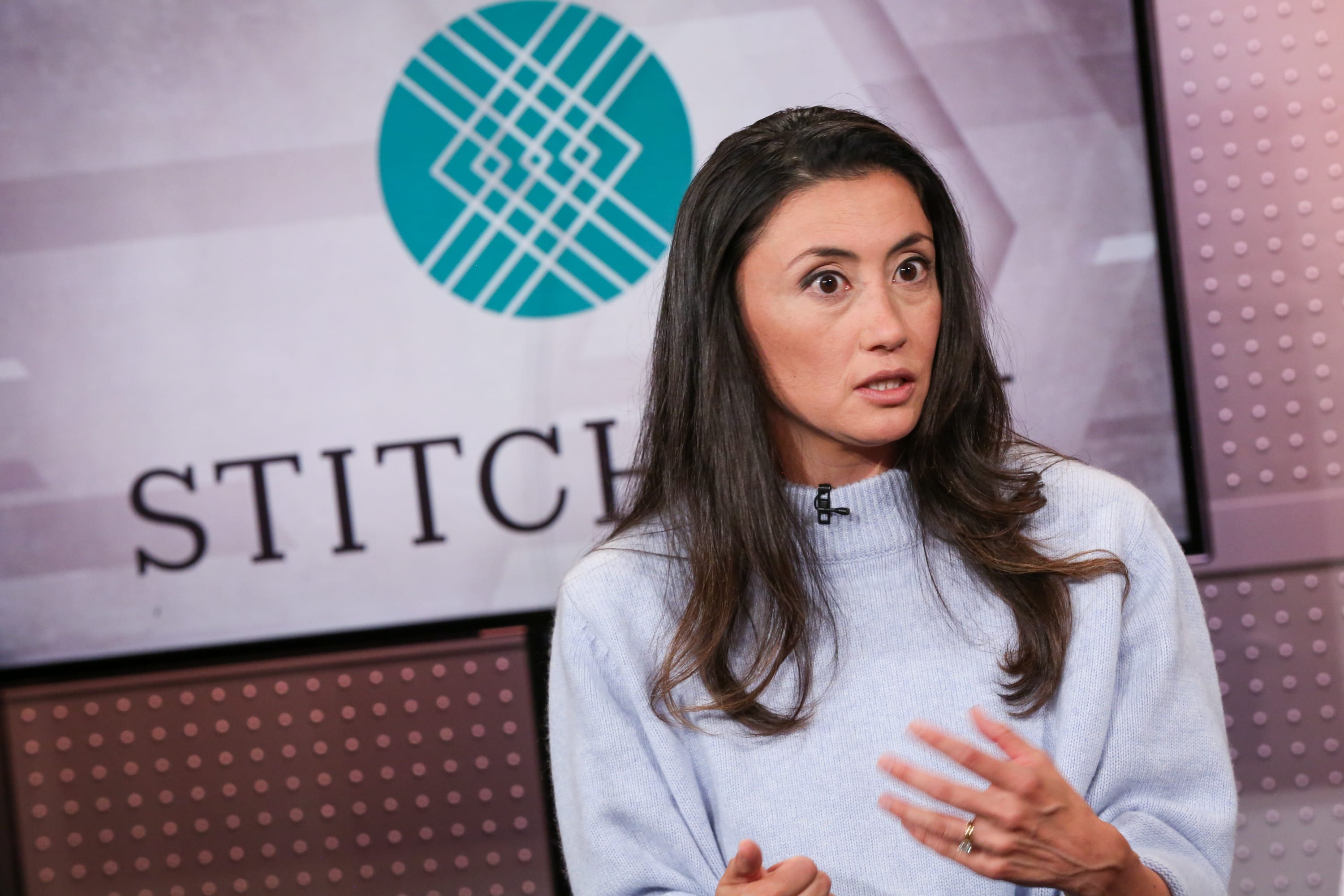 Katrina Lake, CEO of Stitch FixAdam Jeffery | CNBCStitch Fix shares dropped by more than 14% in after-hours trading Tuesday as the company reported steep losses for the fiscal fourth quarter.Here’s how the company did during its fiscal fourth quarter ended Aug. 1 compared with Refinitiv estimates:Loss per share: 44 cents vs. 16 cents per share, expectedRevenue: $443.4 million vs. $414.9 million, expectedThe online personal styling service reported a fourth-quarter loss of $44.5 million, or 44 cents per share, compared with earnings of $7.2 million, or 7 cents per share, a year ago. Revenue in the quarter rose to $443.4 million, an increase of about 11% from $432.1 million a year prior after adjusting for an extra week in the fourth quarter of 2019.  Stitch Fix’s active clients grew to 3.5 million, up 9% year over year. The company defines active clients as people who have bought an item directly from its website, called a “Fix,” in the preceding 52 weeks from the last day of the quarter.The company — a styling service that sells boxes of clothes that people pay to keep, or return, on a subscription basis — rebounded from a difficult fiscal third quarter. Sales dropped by 9% in that quarter as it was hampered by backlogged orders due to the coronavirus pandemic. At the time, Chief Executive and founder Katrina Lake said she expected a return to revenue growth by the fiscal fourth quarter, as more of its warehouses reopened.As people sought out casual and comfortable clothing during the pandemic, the company said sales of women’s plus-sized clothes and activewear drove growth in the fourth quarter. Men’s activewear sales increased in the quarter, too, it said.Lake said the company could benefit long-term because of habits consumers pick up during the pandemic. In a news release, she said the company will bring its “model of an individual and deeply personalized shopping experience to even more consumers as they transition to a future of online shopping.”In June, Stitch Fix said it would lay off 1,400 stylists in California by the end of September, or about 18% of its workforce. Stitch Fix said it plans to eventually hire 2,000 stylists across other parts of the U.S., where the cost of living is lower, such as Dallas or Minneapolis. In trading Tuesday, Stitch Fix shares hit a 52-week high of $31.60. Shares are up about 23% this year, bringing its market cap to $3.2 billion. Read the full earnings release here.