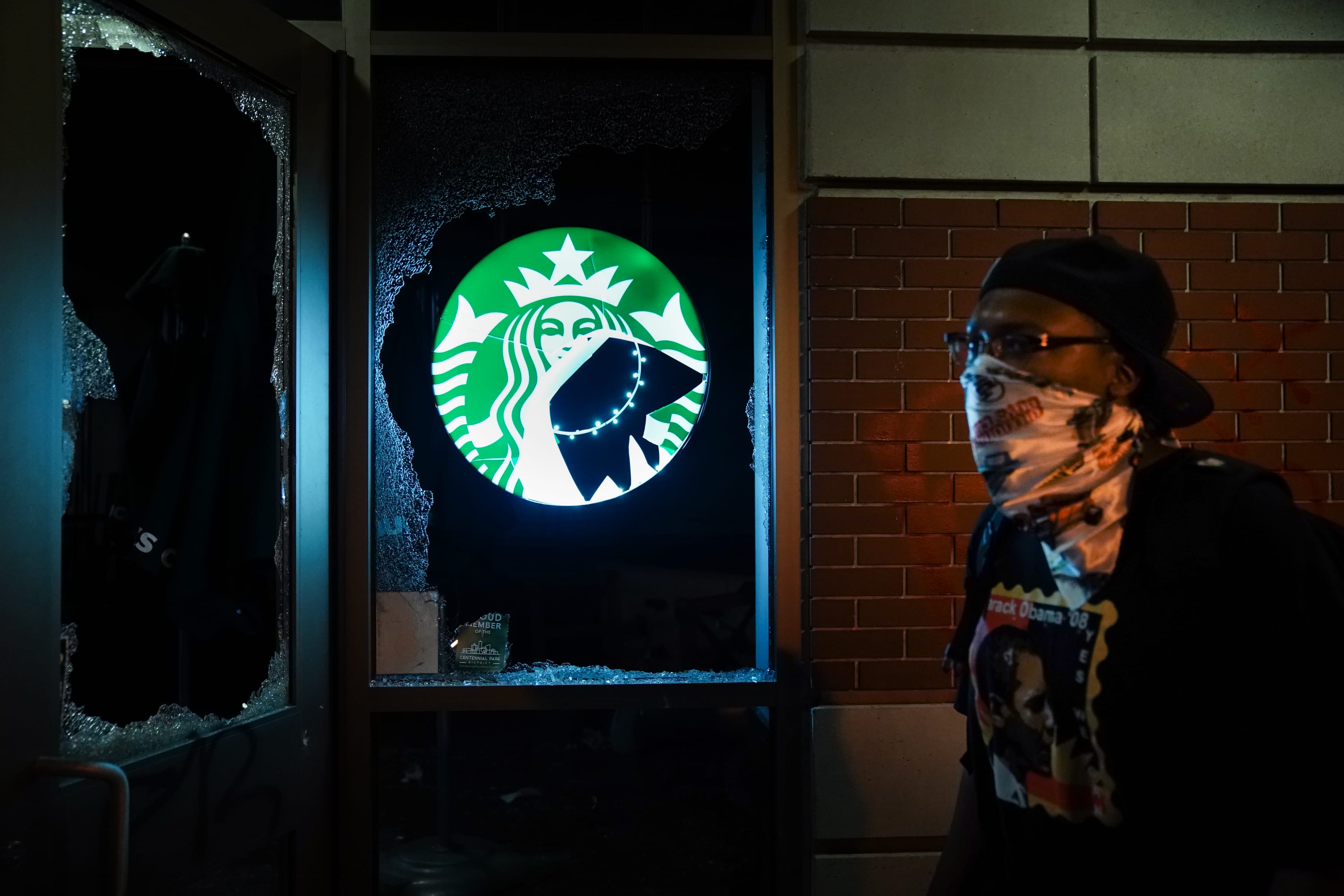 A man walks past a vandalized Starbucks during a protest on May 29, 2020 in Atlanta, Georgia. Demonstrations are being held across the US after George Floyd died in police custody on May 25th in Minneapolis, Minnesota.Elijah Nouvelage | Getty ImagesStarbucks said Friday that the chain would allow workers to wear attire and accessories highlighting the Black Lives Matter movement, reversing its prior stance after social media users called for boycotts of the company.Buzzfeed first reported on Wednesday that the coffee chain would not allow its employees to wear Black Lives Matter clothing or accessories, and management justified the decision by saying that such items could be misunderstood and incite violence. While Starbucks has a policy against wearing personal, political or religious clothing or accessories, workers told Buzzfeed that the company hands out buttons and attire celebrating LGBTQ rights and marriage equality. Now, Starbucks will be doing the same for Black Lives Matter. The chain will make 250,000 shirts with a design that includes “Black Lives Matter” and “No Justice, No Peace” available to workers in its company-owned cafes in the United States and Canada. Until the shirts arrive, employees can wear pins or shirts to show support.Starbucks design for the t-shirt they’re going to be giving to employees.Source: StarbucksIn early June, as protesters filled the streets of U.S. cities and small towns to call attention to the deaths of George Floyd, Breonna Taylor and other Black Americans at the hands of police, Starbucks joined the flood of other corporations supporting Black Lives Matter. It pledged $1 million to organizations that promote “racial equity and more inclusive and just communities.”After Buzzfeed reported the chain’s policy, consumers on social media began calling for boycotts of the coffee chain, which has drawn fire in the past for racial insensitivity that contradicts its progressive reputation. In 2018, Starbucks closed down cafes across the country for an afternoon of racial bias training after police arrested two Black men at one of its Philadelphia locations for sitting down without ordering anything.