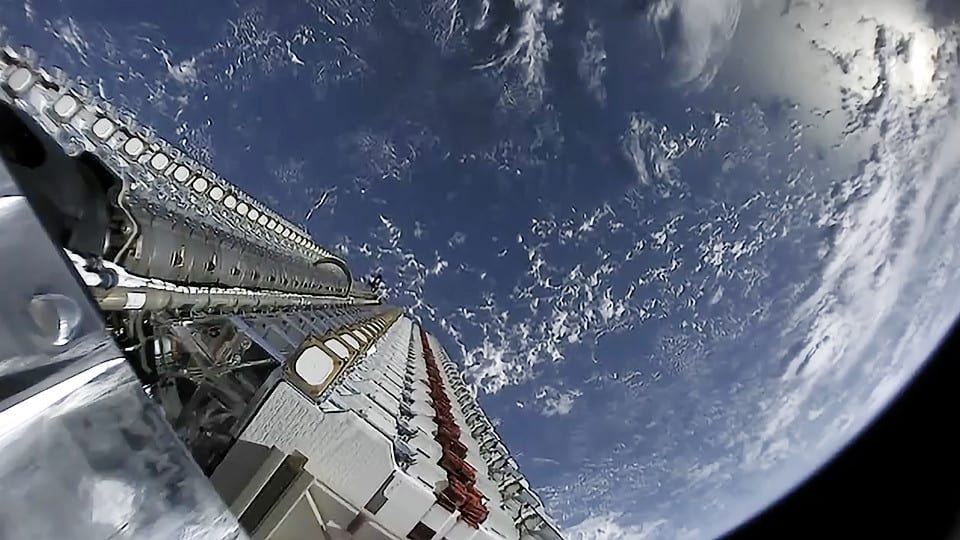 A stack of 60 SpaceX Starlink satellites float in orbit above the Earth.SpaceXSpaceX updated the website for its Starlink satellite internet project on Friday, as the company continues to move closer to its goal of offering direct-to-consumer broadband from space later this year.”Get updates on Starlink news and service availability in your area,” the website reads, with a submission form for an email address and zip code. The form allows prospective customers to apply for updates and access to a public beta test of the Starlink service. The main page for SpaceX’s Starlink website on June 12, 2020.SpaceXStarlink is the company’s ambitious plan to build an interconnected network of about 12,000 small satellites, to beam high-speed internet to anywhere in the world. In addition to getting the satellites in orbit, SpaceX will need to build a vast system of ground stations and affordable terminals if it is going to connect consumers directly to its network.SpaceX President Gwynne Shotwell in 2018 said that “it will cost the company about $10 billion or more” to build the Starlink network. Since the beginning of 2019, SpaceX has raised nearly $1.7 billion in capital.Those who enter their email address and zip code on the Starlink website receive a confirmation email, saying the service “is designed to deliver high speed broadband internet to locations where access has been unreliable, expensive, or completely unavailable.” The email said that a private beta test is planned for “later this summer, followed by public beta testing.” SpaceX told the FCC in April that Starlink “will begin offering commercial service in the northern United States and southern Canada” before the end of this year, “and then will rapidly expand to near global coverage of the populated world in 2021.”  Additionally, SpaceX founder Elon Musk has declared that Starlink’s internet speed will rival existing Earth-bound services, saying in March that the network will have a “latency below 20 milliseconds, so somebody could play a fast-response video game at a competitive level.”The Starlink update comes the day before SpaceX is set to launch its ninth Starlink mission, launching 58 more satellites to orbit. To date SpaceX has put 482 Starlink satellites in orbit.Subscribe to CNBC PRO for exclusive insights and analysis, and live business day programming from around the world.