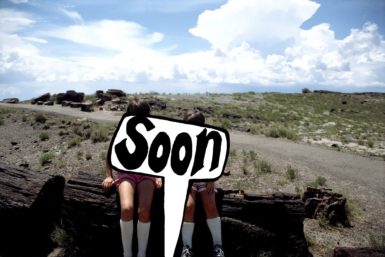 COURTESY THE ARTIST AND SPERONE WESTWATER

New York’s Sperone Westwater now represents artist Rochelle Feinstein, whose work will be shown at the gallery’s Art Basel booth in Switzerland next week. The gallery is currently organizing a solo show of the artist’s work for 2020. Feinstein had previously been represented in New York by On Stellar Rays and in London by Vilma Gold, both of which are now closed, and she currently shows with Galeria Francesca Pia in Zurich.

In an email, Sperone Westwater cofounder Angela Westwater told ARTnews, “Having admired Rochelle for many years and studied her work more carefully since her brilliant survey exhibition in Europe three years ago, I became convinced she would fit right into the gallery’s program.”

Feinstein is best known for her abstract paintings, though she also produced sculptures, videos, photographs, and drawings. She recently had her first U.S. survey at the Bronx Museum of the Arts titled “Image of an Image.”

Westwater said, “Her formally diverse but conceptually rigorous work reflects her tenacious and inquisitive nature and engages the eye while inviting serious reflection on matters of art and history.”