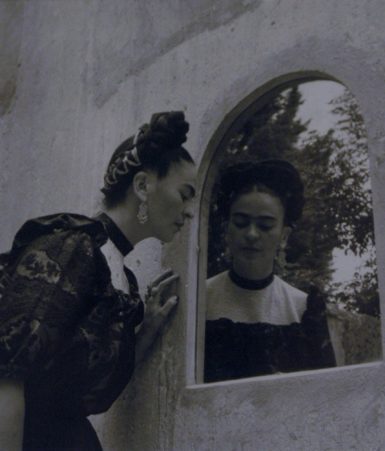 In recent years, multiple lawsuits have dealt with the question of who truly owns Frida Kahlo’s image and name. This week, these debates have surfaced once again in a new lawsuit filed by an artist based in Colorado.

On Wednesday, Nina Shope filed a complaint against the Frida Kahlo Corporation, which last week lodged a copyright infringement claim with the e-commerce site Etsy, where she was selling dolls based on Kahlo’s image. As a result of the corporation’s action, Shope’s artwork has been removed from Etsy. Also named in the suit is another Panamanian organization related to the corporation, Frida Kahlo Investments, S.A.

Shope’s complaint, filed with a U.S. District Court in Colorado, alleges “interference with prospective business advantage” and “deceptive and unfair trade practices” on the Frida Kahlo Corporation, which is registered in Panama and maintains an office in Florida. The artist is demanding that the corporation ask Etsy to rescind its copyright infringement notice.

Though rights to Kahlo’s image expired in 2004, 100 years after the Mexican Surrealist died, Isolda Pinedo Kahlo, the artist’s niece, has placed a trademark on the name “Frida Kahlo,” and she assigned that trademark to the Frida Kahlo Corporation. Last year, the Kahlo family won a temporary injunction against the toy manufacturer Mattel, which was forced to cease sales of its doll resembling the artist in Mexico.

Matters surrounding the family’s relationship to the corporation have grown increasingly fraught since then, and in May of last year, the corporation sued Kahlo’s great-niece, alleging that she had engaged in a campaign to discredit the company.

Shope’s complaint states, “The name of a doll does not violate the Lanham Act [the federal statute for trademarks, service marks, and unfair competition] unless the name has no artistic relevance to the underlying work whatsoever, or, if it has some artistic relevance, unless the title explicitly misleads as to the source or the content of the work. Here, neither concern applies.”

Reached by ARTnews, Shope’s attorney, Rachael Lamkin, said that she works with other artists, many of whom are Mexican, who also create “homages to Frida Kahlo.”

“We believe the doll represents a historical figure—you have to be able to say who that historical figure is without violating trademark,” Lamkin said. “This is a brand new problem in the world of law and the world of art.” After having work such as Shope’s removed from Etsy, “the only way to get it back up is to sue the rights owner,” according to Lamkin.

Most artists can’t afford the legal fees to file suit, Lamkin said, leaving them at a disadvantage. She added, “Imagine what Frida would think of this.“

Among the products manufactured by the corporation are a Frida Kahlo–branded tequila and corset. Lamkin said that these are the “two things that caused her the most pain.”

The Frida Kahlo Corporation did not immediately respond to a request for comment.