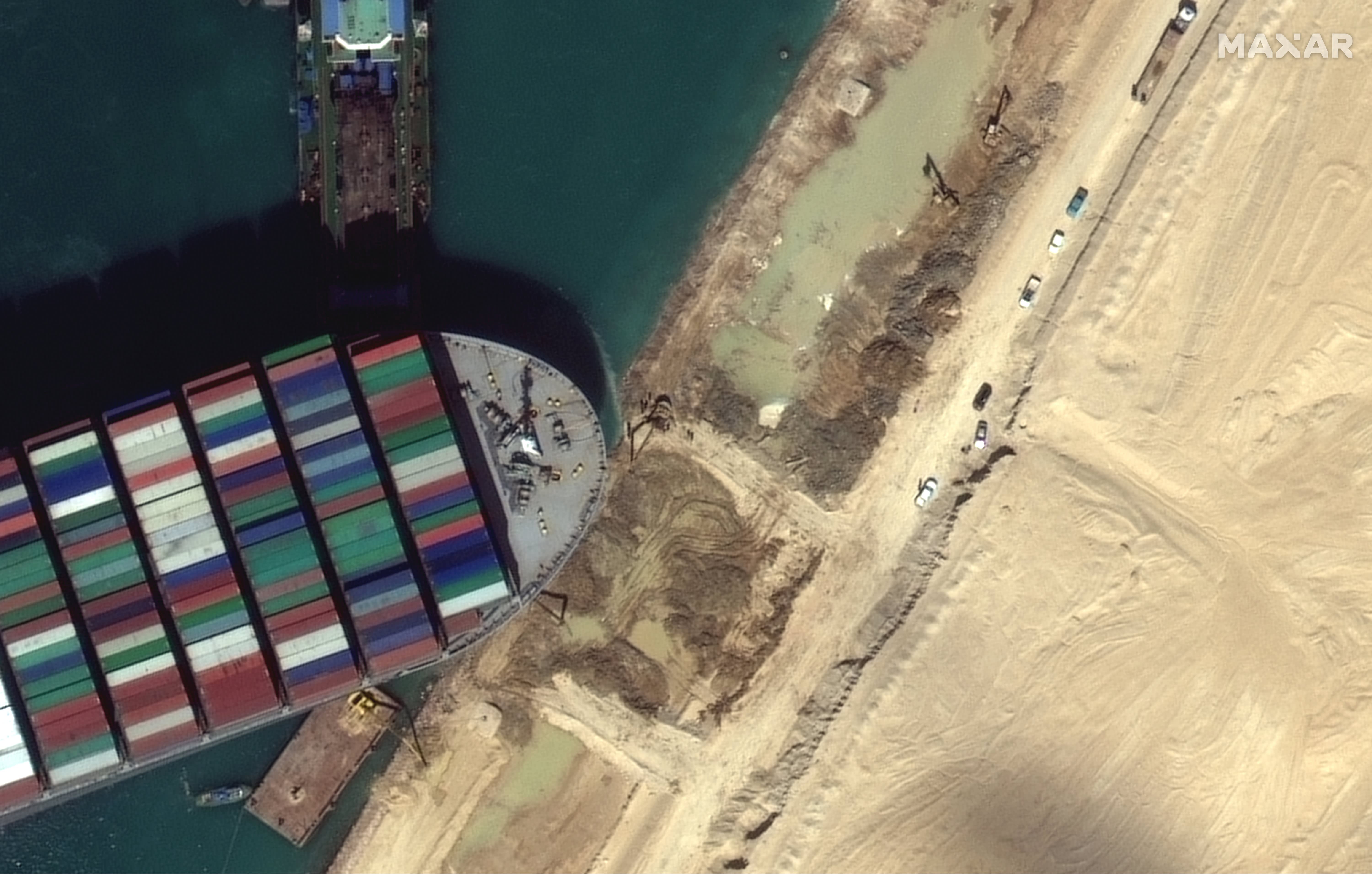 Close up imagery of the dredging operations underway around the Ever Given in the Suez Canal, captured by the company’s WorldView-3 satellite on Saturday, March 27, 2021.Maxar TechnologiesSpace company Maxar Technologies shares dropped in trading Thursday after it announced another delay to the launch of its next-generation imagery satellites.”We have decided to delay the launch from the fourth quarter of 2021 into next year,” Maxar CEO Dan Jablonsky said during the company’s earnings call Wednesday.Maxar’s stock fell 15% from its previous close of $34 a share. The stock had climbed in recent months, with Goldman Sachs and Morgan Stanley each giving it buy ratings, but is well off its highs above $50 a share hit in January.WorldView Legion is the company’s constellation of six imagery satellites and is key to the company continuing to win lucrative contracts from U.S. defense and intelligence agencies. But the first Legion launch has been pushed back multiple times, with Maxar now targeting a “timeframe between March and June,” Jablonsky said.Canaccord Genuity downgraded its rating of Maxar to hold from buy after the announcement, emphasizing that the delay calls into question the company’s long term financial targets.”It is now more likely that the Legion constellation will not be fully operational with significant capacity utilization until 2023,” Canaccord Genuity analyst Austin Moeller wrote in a note to investors. The firm has a $40 price target on the stock, down from its previous target of $50.Jablonsky cited two major factors for the delay, saying that the instruments for the first two satellites are coming “later than anticipated” from supplier Raytheon, and that the Covid pandemic continues to be “a difficult operating environment for both our suppliers and us.”Become a smarter investor with CNBC Pro.Get stock picks, analyst calls, exclusive interviews and access to CNBC TV. Sign up to start a free trial today.

Olympic medalist Ryan Murphy: There’s not enough being done to fight doping in swimming
‘We couldn’t get in front of it.’ Spirit Airlines CEO explains what caused the carrier’s meltdown
To Top
error: Content is protected !!