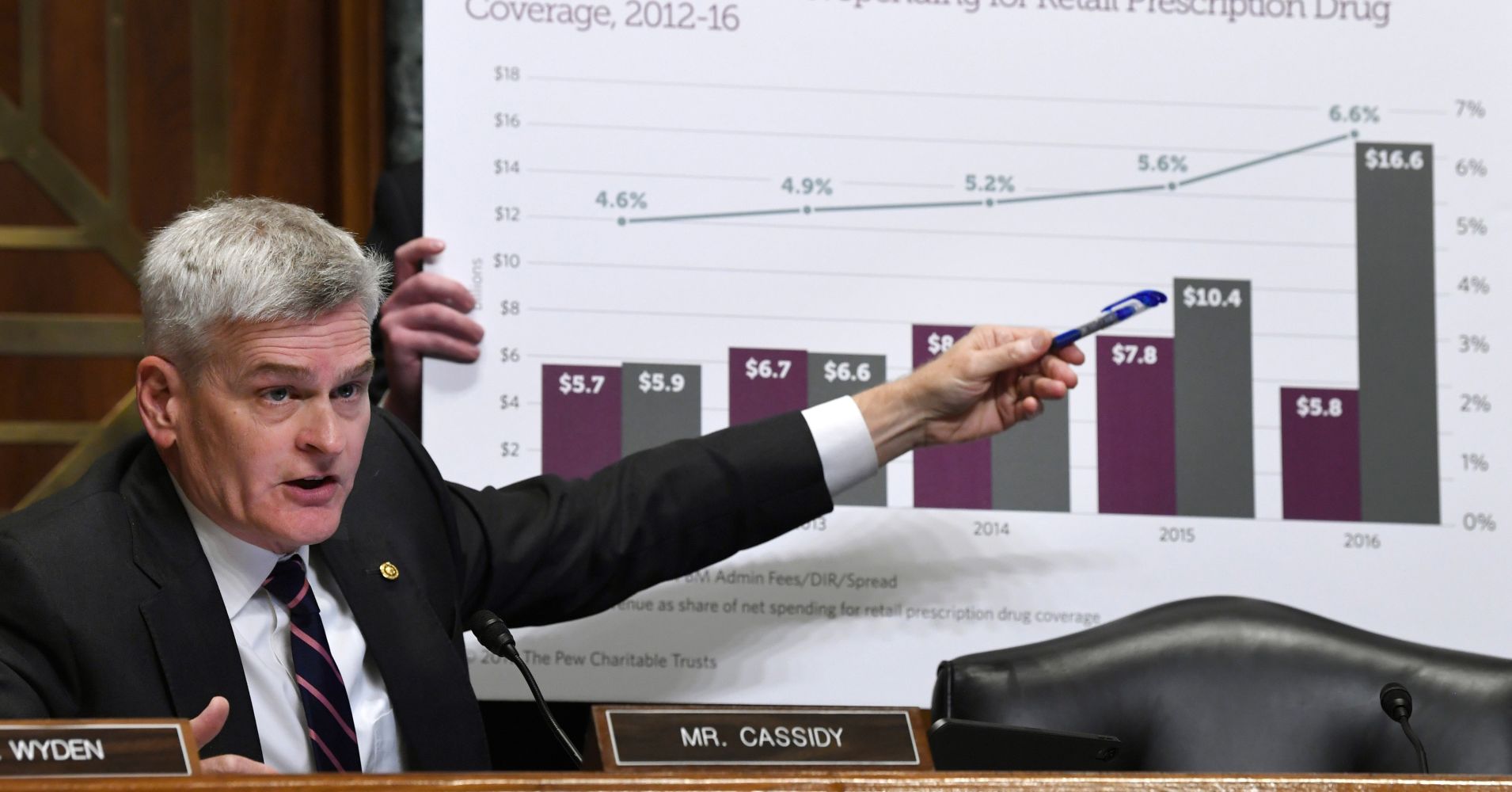 The Senate Finance Committee on Tuesday grilled executives of five of the health care industry’s top pharmacy benefit management companies for their alleged role in raising drug costs in the U.S.

Sen. Ron Wyden, D-Ore, the ranking Democrat on the committee, said Tuesday that so-called PBMs are middlemen that strike mysterious deals with drugmakers.

“In my experience, that kind of negotiation rarely results in an act of charity for consumers,” Wyden said.

The companies — CVS Health, Cigna, Prime Therapeutics, Humana and OptumRx, a subsidiary of UnitedHealthcare — claimed they do not contribute to skyrocketing prices. Instead, they pointed the blame at drugmakers’ high list prices for their products.

PBMs help insurance companies negotiate lower drug costs. Manufacturers arrange discounts, called rebates, with the benefits managers so they can fix a spot for their products on a PBM’s list of preferred drugs. That discount is intended to be passed down to the consumer, but lawmakers suspect that the PBMs pocket the money instead.

The benefits managers claimed they do not take the rebates for themselves and that the discounts benefit the consumer as intended.

Sen. Sheldon Whitehouse, D-R.I., asked the executives if they would be willing to increase price transparency by supporting legislation that would permit federal access to drug pricing data. None of the executives opposed, though OptumRx CEO John Prince said he would only support it if the data remained confidential.

The Trump administration has proposed a number of measures to address high drug costs, including plans to eliminate rebates or apply the discount when a consumer purchases their drugs at the pharmacy.

However, limiting rebates or spread pricing (the difference in what PBMs are paid and what they reimburse to pharmacies) may not lower drug costs, according to Patrick Finnegan, senior director at Fitch Ratings.

Finnegan said PBMs use other tactics to earn revenue. Because of that, he’s skeptical that limiting rebates or spread pricing will impact drug costs, “especially considering vertical integration trends which increase negotiating power.”

Though the executives faced intense scrutiny for their companies’ business models, Whitehouse defended the PBMs.

“I stand in awe of the pharmaceutical industry’s jiu jitsu magic to have gotten their prime antagonists to become the focus of the problem,” Whitehouse said.

Rising drug costs have become a major focus for lawmakers on both sides of the aisle. In February, executives from seven drugmakers testified before the committee, pitching ideas on how to cut prices. The manufacturers blamed the PBM rebates for high consumer costs, while sidestepping any suggestion that they lower their list prices.

Wyden said Tuesday that citizens think “this is all one big scam.”

“Every sector of American health care has got to bring more value and lower prices,” Wyden said, adding that the industry has to “get beyond the blame game.”

Netflix in talks to buy Egyptian Theatre in Hollywood
Some may think the market will soon top, but I’m not buying it
To Top
error: Content is protected !!