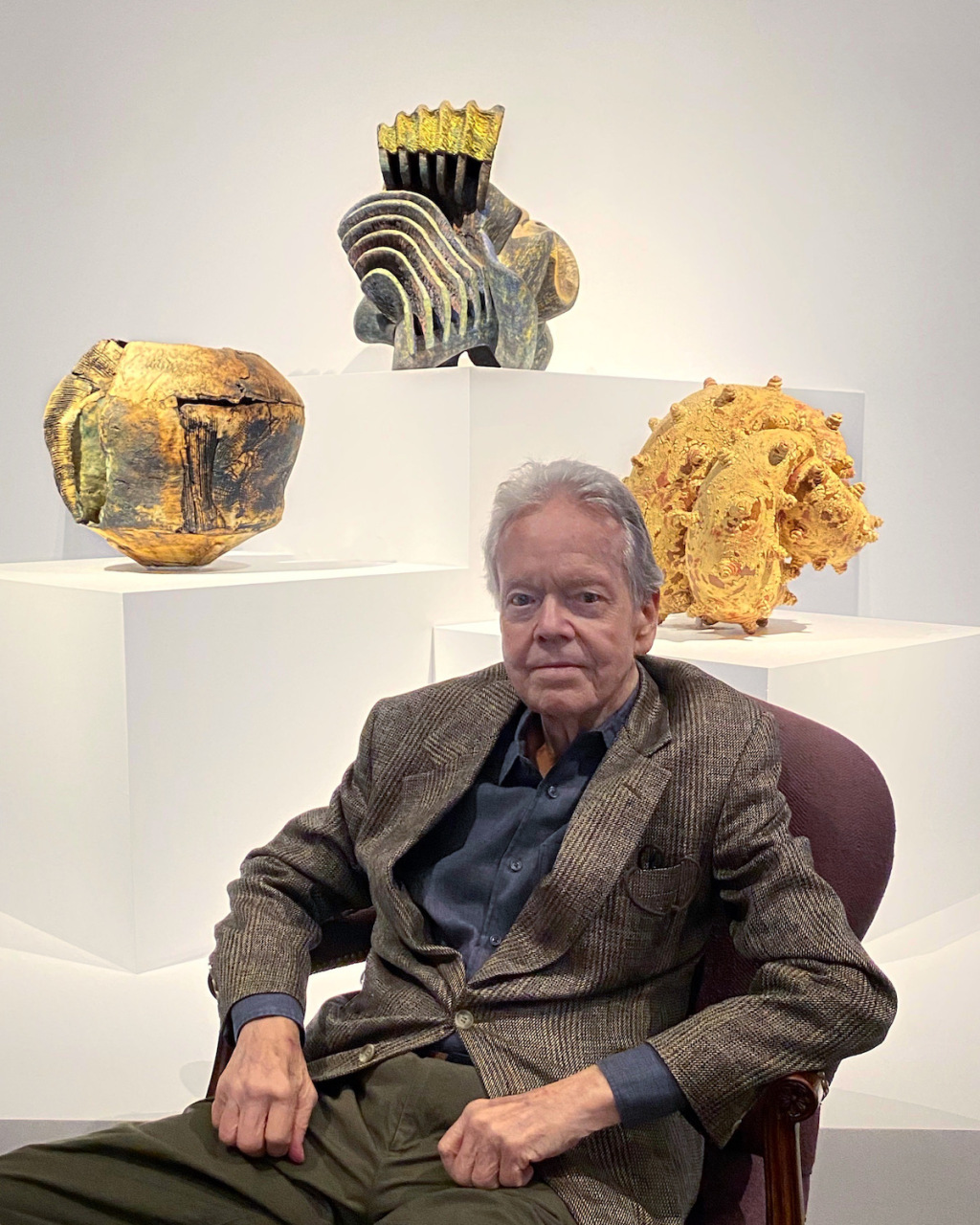 Robert A. Ellison Jr., a storied collector of ceramics whose gifts of more than 600 works spanning centuries helped transform the collection of the Metropolitan Museum of Art, died on Friday.
Born in West Texas in 1932, Ellison started collecting in New York in the 1960s and built up formidable holdings of ceramics of all varieties—especially modern and contemporary work of the kind featured in “Shapes from Out of Nowhere: Ceramics from the Robert A. Ellison Jr. Collection,” an exhibition that opened at the Met in February and remains on view through August.

“I think of ceramics as kind of in between painting and sculpture. It can employ some of both, with more flexible three-dimensional forms,” Ellison told ARTnews in March, shortly after the Met show opened.

In an essay for an exhibition catalogue published at the same time, Ellison wrote about first coming to ceramics as a painter, with a roaming eye that grew more focused over time. “My painting and collecting activities peacefully coexisted while I was learning; I was self-taught in both fields,” he wrote. “There was very little information available on the kind of ceramics that I was finding. That didn’t deter me; prices were low. I kept acquiring pieces to see what had been made, hoping details would come later. (They did.) Buying blind without knowing the context of the piece was exhilarating; there was no good or bad—it was all about learning.”

An early revelation for Ellison followed his first encounter with the work of the American iconoclast George Ohr, whose abstract ceramics in the late 19th and early 20th centuries proved radical in ways that are still being processed. “His brief and singular role in ceramic history, from roughly 1890 to 1910, was to demonstrate what freedom was possible if one altered the strict symmetry the potter’s wheel imposed,” Ellison wrote in the catalogue for “Shapes from Out of Nowhere.”
From there, Ellison developed wide-ranging interests that ran from 16th-century stoneware jugs and European Art Nouveau ceramics to so-called “American art pottery” classified within a category whose parameters he helped define. Central to his collection too are important modern and contemporary works by the likes Peter Voulkos, Axel Salto, Kathy Butterly, Arnie Zimmerman, Lynda Benglis, Ken Price, and many others.

Thinking back on his life as a collector in the 2021 ARTnews interview, Ellison, at the age of 88, spoke of a sort of self-made expertise that took decades to hone.
“I started out not knowing anything, so everything I’ve learned has been self-discovered,” he said. “When I first started doing this, in the ’60s, there were not many books on contemporary ceramics, so I just used my eyes to look and try to figure out who was interesting in what had been done. That pretty much guided me forever after. I have people I talk to, but mainly I don’t have advisers or a curator or an assistant or anything like that. I’m just one guy doing it all myself, the best I can.”