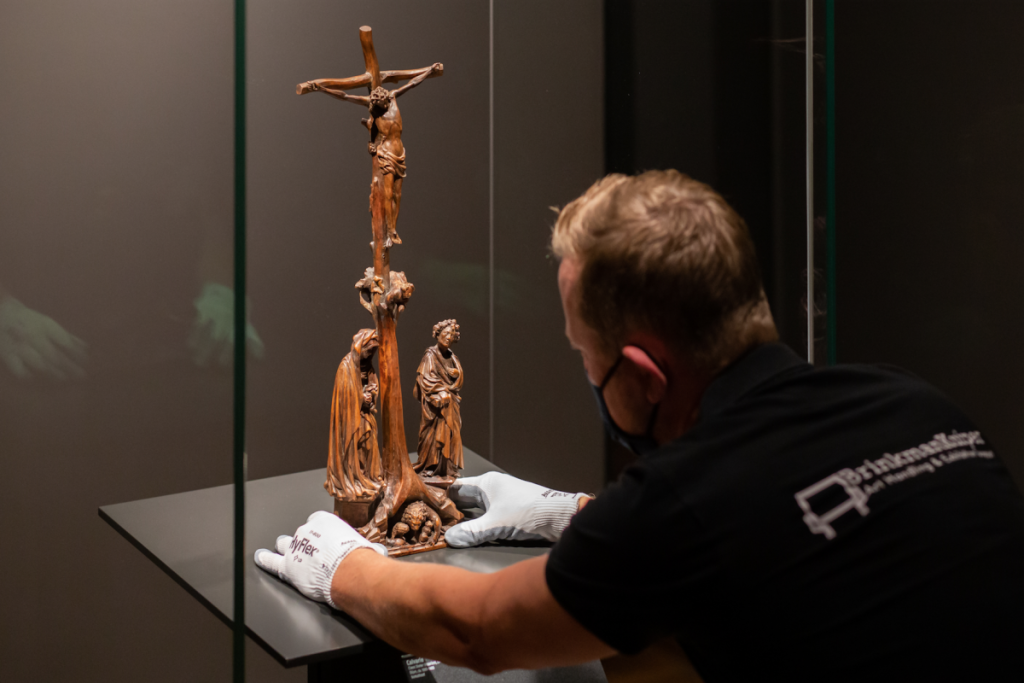 The Rijksmuseum in Amsterdam has now found that a 14th-century wooden sculpture added to its holdings this past March is the work of Claus Sluter, who is often termed the “father of Dutch sculpture.”
Titled Calvary, the small-scale boxwood figure was made in the Netherlands between 1384 and 1482, and stands at nearly two feet high. It depicts the crucifixion of Christ with Mary and John the Evangelist. The Amsterdam museum purchased it from a dealer in Munich for an undisclosed sum. At the time of the sale, it was attributed to the circle of Claus Sluter.

The Haarlem-born artist served as the court sculptor to French noble Philip the Bold, also known as the Duke of Burgundy, in Dijon between 1389 and 1406. During his tenure wthere, Sluter produced three major works: the portal sculptures at Champmol monastery church near Dijon; the duke’s funerary monument, now in the Musée des Beaux-Arts in Dijon; and the Well of Moses in Champmol. Historians believe Sluter’s work influenced a style of painting that became prevalent during the Dutch Golden Age of the 17th century.
The reattribution makes Calvary the first by the French court sculptor to be held in a Dutch collection. The medieval works shows the tree’s hollow base housing a lion and its four cubs, a symbol for Christ’s resurrection. Experts believe that the work’s small size may have meant it was once used for worship.
Eighty years ago, the Rijksmuseum tried to buy two Sluter sculptures from tomb of Philip the Bold in France. Due to the outbreak of World War II, the museum was unsuccessful in acquiring these objects.

Rare Portrait of Manet’s Cousin to Be Restored by National Museum Wales
Bob Ross Inc. Hits Back at Netflix Documentary: An ‘Inaccurate and Heavily Slanted Portrayal’
To Top
error: Content is protected !!