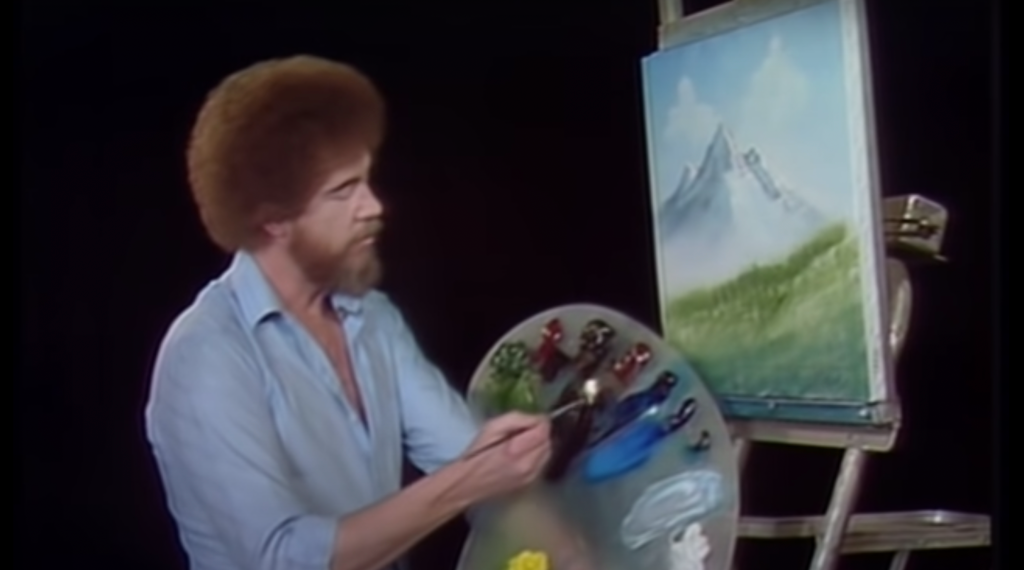 In a blistering statement released on Wednesday, Bob Ross Inc., the company that sells paraphernalia related to the famed painter, spoke out against a Netflix documentary about the artist’s personal life and business dealings. The company said that the film, which hit the streaming site yesterday, presents an “inaccurate and heavily slanted portrayal” of its mission.
Bob Ross: Happy Accidents, Betrayal & Greed is directed by actor Melissa McCarthy and her husband, filmmaker Ben Falcone. It paints a complicated picture of Ross’ legacy by digging into the ongoing legal battle between his business partners and family that followed the artist’s death.

The documentary begins by charting Ross’s rise as a TV personality with a serene demeanor and a skill for painting landscapes quickly. The film heavily credits his success securing a spot as host of the popular PBS show The Joy of Painting to the business savvy of his longtime sponsors, Annette and Walt Kowalski, who assumed control of Ross’s empire after he died of cancer in 1995 at 52.
McCarthy and Falcone also dive into how the couple asserted their authority over Ross’ business amid a bitter struggle with his family, in particular with the artist’s son Steve, who sued the couple in 2017. (This past June, Steve lost that suit.) Steve was interviewed extensively in the documentary, though most others with ties to his father, including the Kowalskis, declined to participate.
The producers of the film contacted the estate for comment twice during filming, but the company has since described the requests as “replete with a confounding lack of transparency.”
“Had the filmmakers communicated with openness in their correspondence, Bob Ross Inc. could have provided valuable information and context in an attempt to achieve a more balanced and informed film,” the company said.
The documentary was released during a period of renewed nostalgia for Ross’s blissful approach to painting. In 2019, Ross’s work was exhibited for the first time, at the Franklin Park Arts Center in Purcellville, Virginia. Last year, Ross’s former studio in Indiana was refurbished and opened as a permanent exhibition.
“When someone is an artist, no matter what their medium is … there’s a business behind it,” McCarthy told NPR. “And I would venture to guess that business is always much more complicated than the personality that they lead with.”