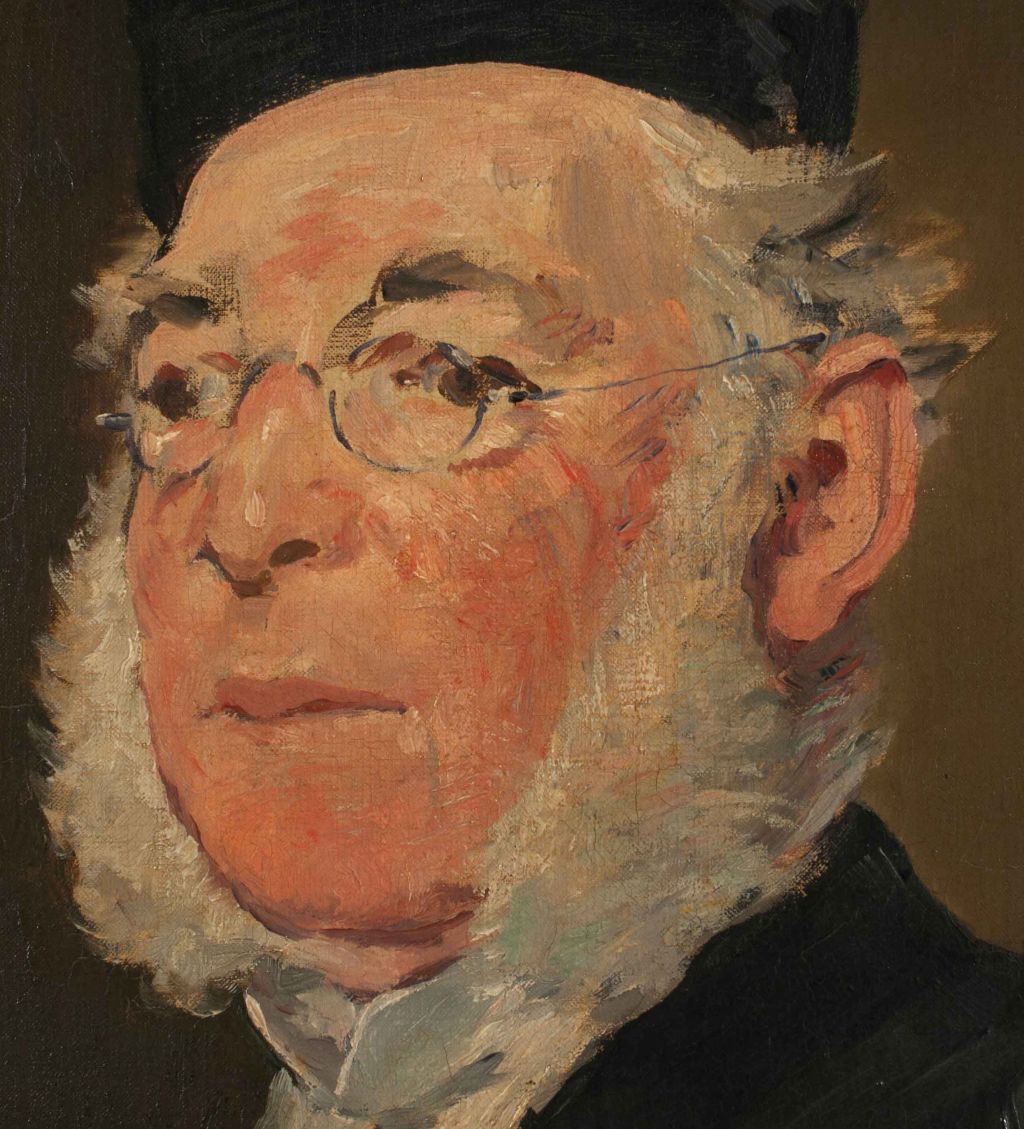 A rare portrait of Manet’s cousin is set to be restored by Amgueddfa Cymru–National Museum Wales after it received a grant of €20,000 ($27,500) from the TEFAF Museum Restoration Fund, which supports preservation efforts worldwide.
Portrait de Monsieur Jules Dejouy (1879) depicts Manet’s bespectacled older cousin, who wielded an outsize influence on the artist as his legal counselor and longtime confidant. The oil painting was acquired by the museum in 2019 after being held privately for nearly a century. Following its restoration, the painting will be exhibited at the museum for the first time.

Jules Dejouy was a prominent lawyer in Paris. After the death of Manet’s father in 1862, Dejouy was appointed chief counsellor and guide to the painter and his brothers. Manet appears to have relied on Dejouy for legal advice and general guidance. At one point, the painter even sent his valuables to Dejouy for safekeeping during the siege of Paris in 1870.

Dejouy was later appointed the executor of Manet’s estate, and he played an active role in the perpetuation of the artist’s legacy. Following Manet’s death, Dejouy collaborated with other significant figures in the artist’s life, such as the critic Emile Zola and dealers Durand-Ruel and Georges Petit, for a memorial exhibition at the École des Beaux-Arts in Paris in 1884. The exhibition featured 179 works, including the one set to be restored.
The portrait remained in Dejouy’s collection until he died in 1894, when it was bequeathed to a fellow Parisian lawyer, who owned the painting until at least 1913. Sometime between then and 1926, it was acquired by German textile entrepreneur and art collector Erich Goeritz, who at the time also owned Manet’s masterpiece A Bar at the Folies-Bergère. The portrait was held in the Goeritz collection for 90 years until two members of the family gave it to the National Museum Wales as part of a British tax law that allows inheritance tax debts to be written off in exchange for the acquisition art and heritage objects.
According to the Art Newspaper, the Goeritz family settled about £5.3 million in taxes as part of the deal. A spokesperson for the National Museum Wales said that the true value of the portrait will be “significantly higher.”
The portrait is “currently under a veil of surface dirt and discolored varnish,” according to Adam Webster, chief conservator of art at the museum. “Removing these will likely recover the  subtlety in the painting and also re-saturate the image to recover a sense of depth.”

The project will include a technical examination making use of infrared reflectography and x-radiography. Funding from the grant will also support historical research into the painting, to better understand how it relates to three other Manet works in the museum’s collection: Effect of Snow at Petit Montrouge (1870-71), Argenteuil, Boat (1874), and The Rabbit (1881).
“The TEFAF Museum Restoration Fund is honored to help preserve this important, and up until now, little-known picture by a cherished artist for generations to come.” National Museum Wales director David Anderson said, adding that Manet’s portrait of Dejouy “will be very much at home here.”

The Future of NFTs: How PFP-Based Projects Took Over the Market
Rijksmuseum Discovers That New Acquisition Is by ‘Father of Dutch Sculpture’
To Top
error: Content is protected !!