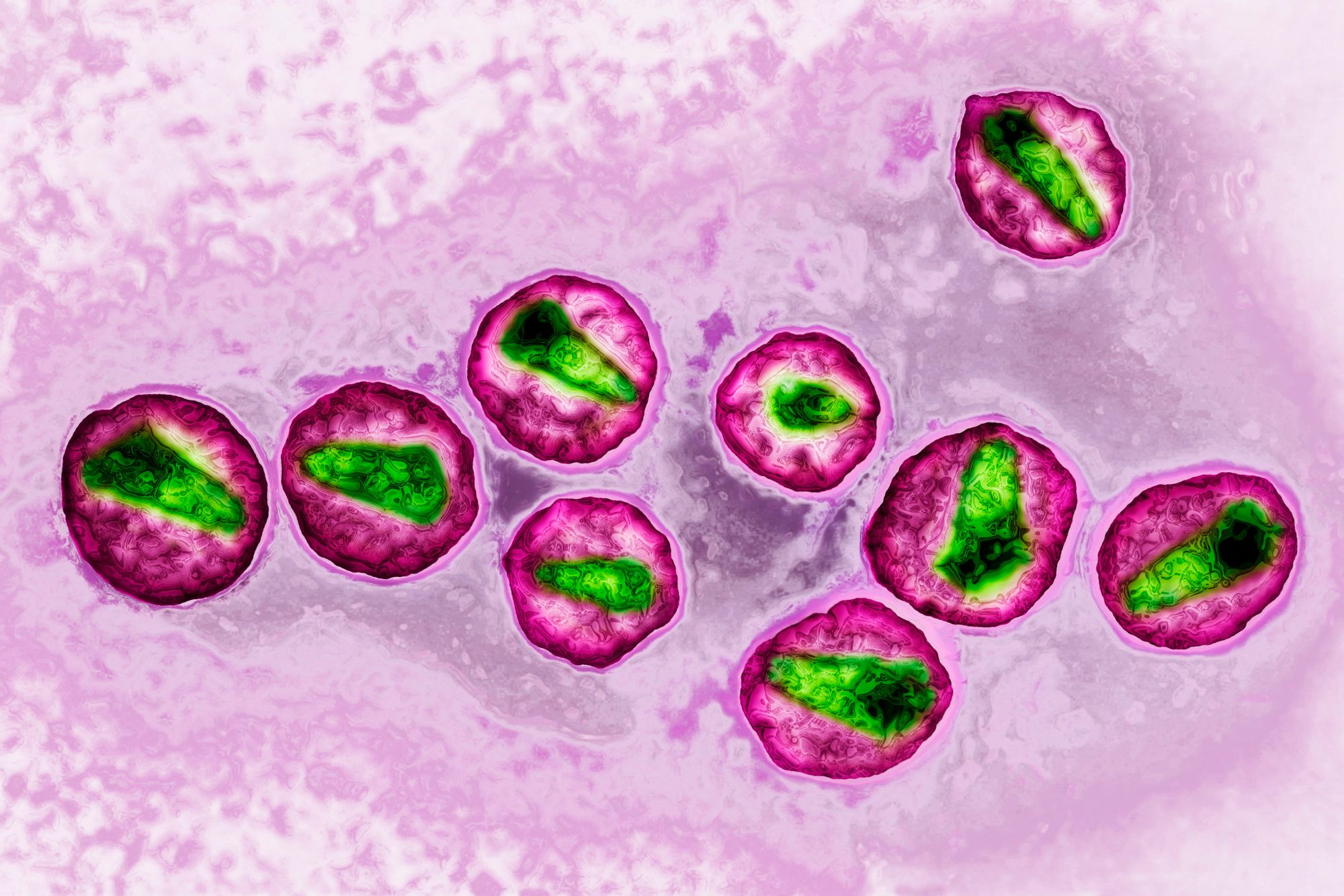 An image of the HIV virus taken with transmission electron microscopy.

Researchers say they’re one step closer to finding a potential cure for HIV after successfully eliminating the virus in living mice for the first time.

Using a combination of CRISPR gene-editing technology and a therapeutic treatment called LASER ART, scientists at Temple University and the University of Nebraska Medical Center said they erased HIV DNA from the genomes of animals in what they call an unprecedented study that was published Tuesday in the journal Nature Communications.

“We think this study is a major breakthrough because it for the first time demonstrates after 40 years of the AIDS epidemic that the HIV disease is a curable disease,” said study co-author Dr. Kamel Khalili, chair of the department of neuroscience and director of the Center for Neurovirology and the Comprehensive NeuroAIDS Center at Temple University.

About 1.1 million people in the U.S. live with HIV, a virus that attacks the body’s immune system and makes a person more susceptible to falling ill. If HIV is not treated, it can turn into AIDS, a disease in which the virus badly damages the immune system. People with AIDS on average live about three years after their diagnosis, according to HIV.gov.

The virus is currently treated with antiretroviral therapy (ART), which suppresses it from replicating and prevents many patients in the U.S. from developing AIDS. ART does not rid the body of HIV, though, and if a patient stops treatment the virus will continue to replicate.

But now researchers say they’re able to destroy the virus in “humanized” mice, which were injected with human bone marrow to imitate the human immune system.

CRISPR-Cas9 is a gene editing tool that’s been boasted as breakthrough technology that can help researchers treat or potentially cure genetic diseases. It gives scientists the ability to change an organism’s DNA, so they can add, remove or change certain genetic material.

LASER ART is a “super” form of ART that keeps replication of the virus at low levels for longer time periods, according to co-author Dr. Howard Gendelman, chair of UNMC’s pharmacology and experimental neuroscience department and director of the the Center for Neurodegenerative Diseases. The antiretroviral drug is then stored in nanocrystals, which slowly release the drug where the virus is located.

“We’re going at the root cause,” Gendelman said. “We’re going after the virus that’s already integrated in the genome of the host cell.”

The researchers said they used the two treatments concurrently. First, they administered the LASER ART to reduce HIV growth, then they used the CRISPR treatment as “chemical scissors” to “eliminate the residual integrated HIV DNA still present,” Gendelman said.

The virus did not return in nine of the 21 mice in which the method was tested, according to Khalili.

The study authors say the findings are promising and they are now testing the CRISPR-LASER ART combination on primates. However, there is still much work that needs to be done before the method can be tested on humans.

“Things that work in mice, may not work in men,” Gendelman said. “The limitations of any mouse work have to do with the species, how the drug is administered, the distribution, which is a lot easier than a man or a woman.”

Gendelman noted humans are much larger than mice, so there are a lot more HIV DNA scientists will have to destroy if they test in humans. Khalili also said steps still need to be taken to increase efficiency and safety of the method, but the data from this study has researchers “hopeful” it will work in primates and that they are “cautious, but very aggressive” moving forward with testing.

The researchers aim to be granted approval by the Food and Drug Administration to conduct a phase 1 clinical trial in humans by mid-2020, Khalili said.

Though the study was conducted on mice, Gendelman said it’s still important because it shows that sterilization of HIV in living animals is possible.

“We are at the cusp of a scientific revolution in human genomes that can change the course, quality and longevity of life,” Gendelman said.

Wall Street in focus as trade optimism fades
Scott Gottlieb says ‘Medicare for All’ would be innovation-stifling
To Top
error: Content is protected !!