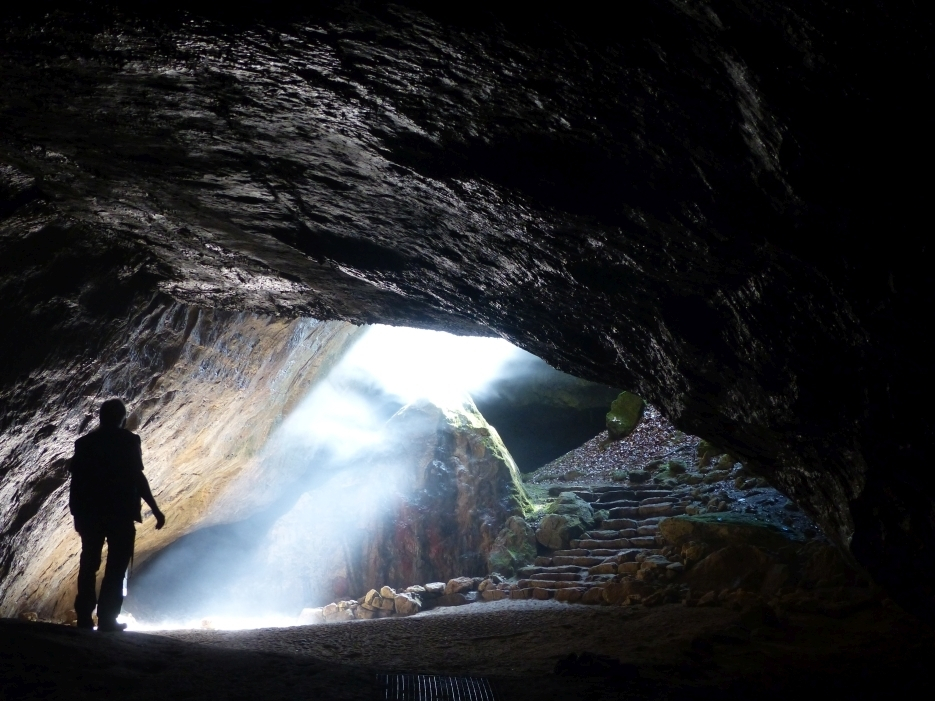 To receive Morning Links in your inbox every weekday, sign up for our Breakfast with ARTnews newsletter.
The Headlines
RESEARCHERS HAVE UNEARTHED A 51,000-YEAR-OLD carved deer bone in the Einhornhöhle (“Unicorn Cave”) in Germany that shows evidence of symbolic behavior, according to a study published in Nature Ecology & Evolution, meaning it could be one of the earliest known examples of what we now call art. It is the work of Neanderthals—a big win for the long-mocked archaic humans. (Scholars debate whether they made art, as Homo sapiens did.) The bone was apparently boiled to soften it before it was incised with angular marks: pretty smart! Dirk Leder, who led the excavations, told NBC News that the piece could depict a female figurine or a mountain landscape. Silvia M. Bello, of the Centre for Human Evolution Research in London, told CNN that the artifact is “indicative of sophisticated expertise and great ability in bone working.”

WITH THE PANDEMIC ABATING IN SOME PLACES, a variety of new (or newly expanded) art spaces are getting ready to open their doors. By Art Matters—a new institution in Hangzhou, China, from the cofounders of the fashion label JNBY—will get going in November in a Renzo Piano–designed office building, the Art Newspaper reports. It sports a Theaster Gates concept store, a Rirkrit Tiravanija teahouse is planned. Meanwhile, in Seoul, work has been completed on a striking Herzog & de Meuron–designed home for the Songeun Art & Cultural Foundation and its corporate backer, ST, Designboom reports. It will be inaugurated in September. And in Edinburgh, Scotland, the stalwart Fruitmarket Gallery has doubled in size by expanding into a former club, which will be used for visual art and the performing arts, the Scotsman reports. After a one-year pandemic delay, a Karla Black show will open there tomorrow.
Sponsored Content By Maddox Gallery
In the homeland of Banksy, anonymous street artist Jerkface had his London debut at the Maddox Gallery with a solo and online exhibition entitled “Villainy.” The exhibition runs through July 15 and marks a new relationship between gallery and artist. [ARTnews]
The Digest
Cosmic House—the eccentric London home of architect and historian Charles Jencks, who died in 2019—will open in September as an exhibition and archive space. [Domus]

Researcher studying the remains of Indigenous peoples using infrared imaging are helping tattoo artists rediscover lost traditions. “Together, the scientists and artists are showing that the urge to ink our bodies is deeply rooted in the human psyche, spanning the globe and speaking across centuries,” Krista Langlois writes. [The New York Times]
A new exhibition at the Cincinnati Art Museum looks at the famed Monuments Men of World War II, who helped recover and protect art. As for the George Clooney film that tackles the topic, “It compresses the story,” the show’s curator, Peter Jonathan Bell, said, but added, “Still, it’s very good in taking the topic to a broad audience.” [WNYC/NPR]
Former Gagosian director Sarah Hoover recently gave a talk in New York about pregnancy in art and had a public discussion with supermodel Christy Turlington Burns, the founder of a nonprofit focused on maternal health. The New Yorker’s food critic, Hannah Goldfield, reports from the scene. [The New Yorker]
Writer Dushko Petrovich (an ARTnews and Art in America contributor) went deep on that transfixing recent photograph of the Bidens visiting the Carters, in which everyone looks very happy and oddly proportioned. “If you look long enough at the picture itself, it becomes clear that the strangeness of this photo isn’t merely optical,” he writes. [n+1]
New York’s Office of Nightlife, which recently floated the idea of a museum devoted to nightlife in the city, is now proposing the creation of entertainment districts where venues could operate 24 hours a day. [Associated Press]

The Kicker
THE ART COLLECTOR AND PATRON EUGENIO LÓPEZ, who has plowed a fortune into art and a Mexico City museum, admits in a revealing New York Times interview that he once lied to his father, telling him he was headed to a factory in Dallas when he was, in fact, attending the opening of the Menil Collection in Houston. (When you love art, you do what you have to do.) What was the first purchase that López, an ARTnews Top 200 veteran, made? “A Robert Motherwell at Sotheby’s for $160,000 in 1995 when I was 26 years old,” the Jumex juice heir said. “It was the first time in my life I had a real passion for something.” [The New York Times]
Thank you for reading. We’ll see you tomorrow.