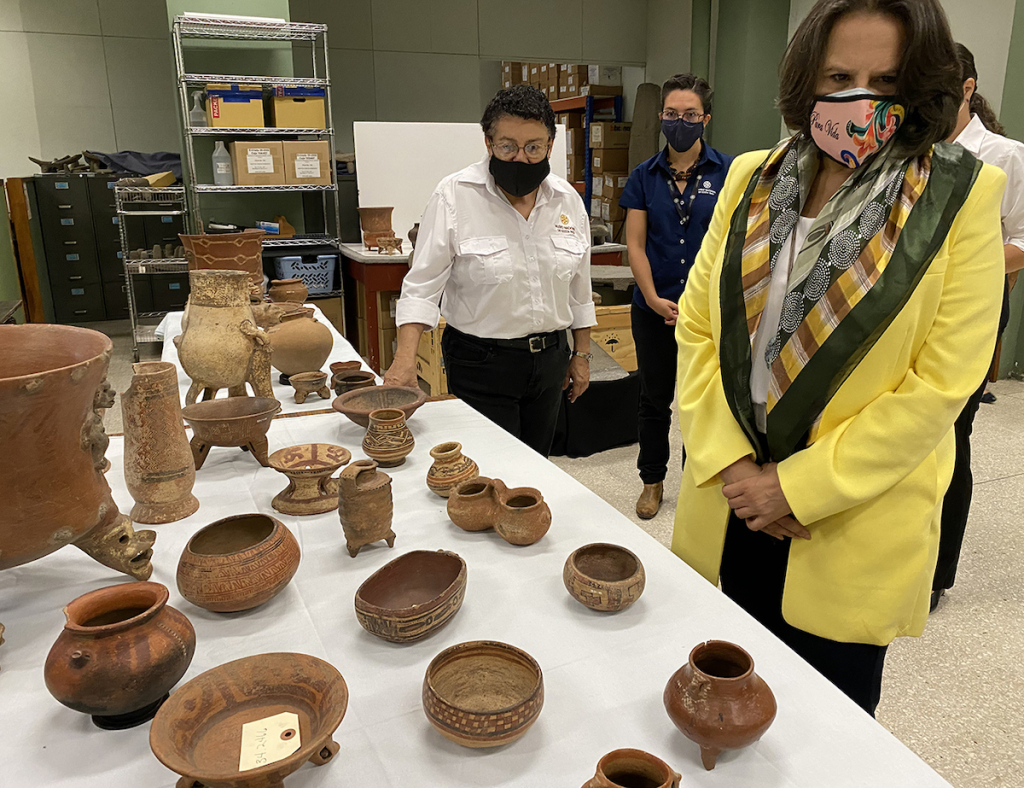 The Museo Nacional de Costa Rica in San José said that it had received 1,305 Pre-Columbian artifacts from the Brooklyn Museum in New York, in a bulk repatriation that officials at the museum said would significantly augment its holdings.
Though the return was announced only last week, it took place in October 2020. Rocío Fernandez, the director of the Museo Nacional de Costa Rica, said that some of the works would go on view in a gallery devoted to Pre-Columbian art that is currently being renovated.
The works came to the museum from the collection of Minor Cooper Keith, a tycoon active during the 19th and 20th centuries whose wealth came from the banana-trading and railway businesses in Costa Rica. Recent scholarship has focused on the exploitative practices relied upon by Keith’s businesses; Dan Koeppel, the author of a 2008 book about the banana trade, likened Keith’s workers to “slaves” in a 2020 interview with NPR.

Keith’s wife donated the works to the Brooklyn Museum in 1934 after the business mogul died. Some 16,000 artifacts in total had been found on his Costa Rican plantations by him and his workers; around 4,500 ended up at the Brooklyn Museum.
Among the objects sent back in 2020 to Costa Rica are a tombstone, eating utensils, and a lion-shaped metate—a stone used for grinding grains and seeds. Some of these artifacts date back several millennia. Costa Rica’s National Insurance Institute paid $44,000 to ship the artworks from New York.
Sylvie Durán, the Costa Rican Minister of Culture and Youth, said, “The recovery of these archaeological pieces means recovering fragments of our past that crossed our borders when we still did not have legislation to prevent it.”
A spokesperson for the Brooklyn Museum did not immediately respond to a request for comment.
It is not the first time the Brooklyn Museum has returned works from the Keith collection to Costa Rica. In 2011, the museum sent back 981 works from the collection. In this case, the National Insurance Institute also footed the bill, paying $88,000 for the works’ shipment.
At the time, the Brooklyn Museum said that the Museo Nacional de Costa Rica had not filed any claims for the Keith works. Instead, the Brooklyn Museum said it was merely seeking to deaccession objects taking up space in its holdings.