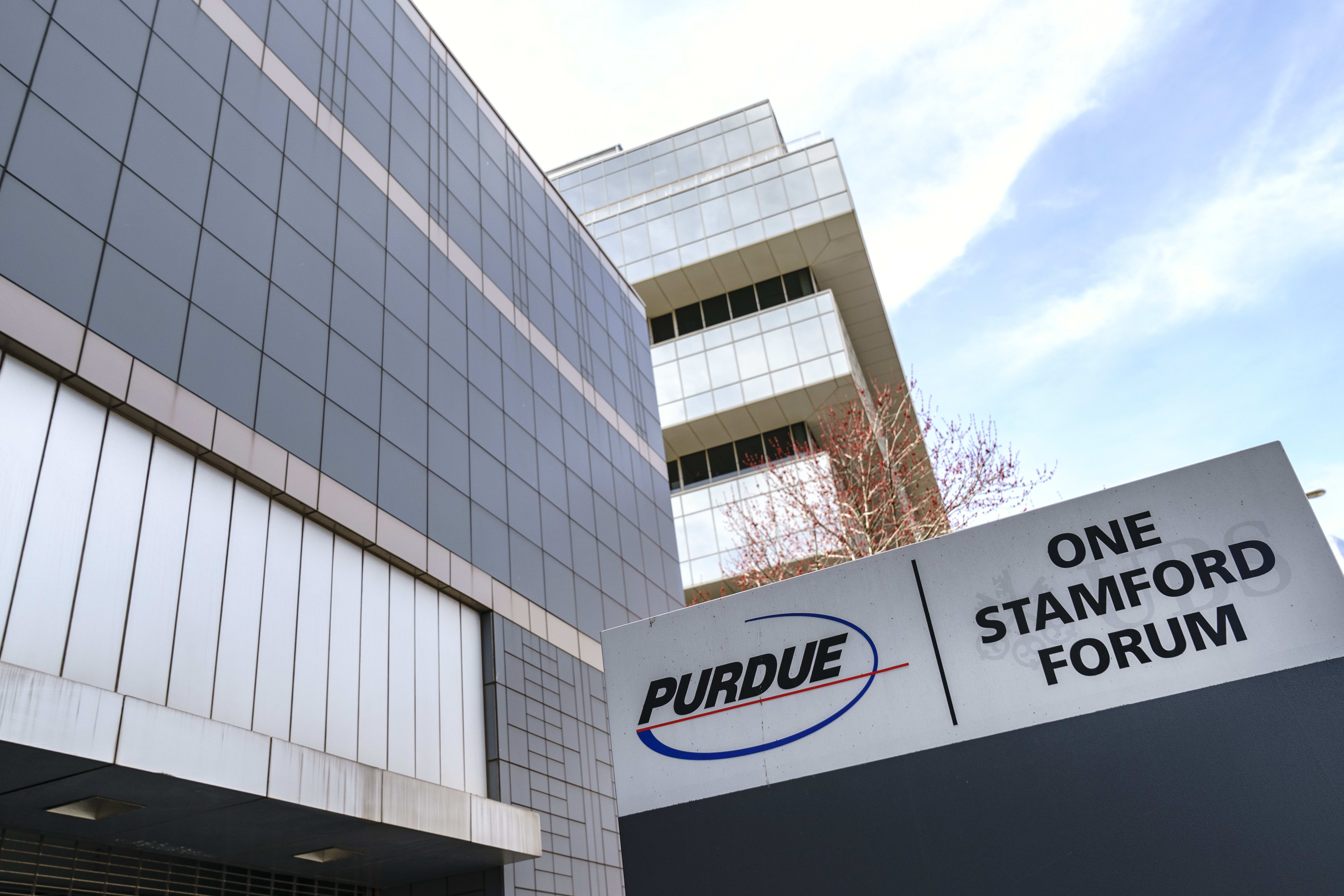 Purdue Pharma headquarters stands in downtown Stamford, April 2, 2019 in Stamford, Connecticut.Drew Angerer | Getty ImagesOxyContin maker Purdue Pharma has reached a tentative agreement to settle some 2,000 opioid lawsuits filed by local governments, Native American tribes and states set to go to trial next month.The deal will cost the company and its billionaire owners, the Sackler family, between $10 billion and $12 billion, according to multiple reports. That includes $3 billion from the Sackler family’s personal fortune, according to the Washington Post. The company is reportedly planning to soon file for bankruptcy.Whatever deal has been reached does not cover all of the company’s potential litigation. Arizona Attorney General Mark Brnovich said the deal covers about half the states that are suing the company.That doesn’t include several big ones, including Massachusetts and Connecticut.”The families who were hurt by Purdue and the Sacklers have spoken loud and clear that this case demands real accountability, and I will continue to fight for that,” Massachusetts Attorney General Maura Healey said in a statement. “It’s critical that all the facts come out about what this company and its executives and directors did, that they apologize for the harm they caused, and that no one profits from breaking the law.Connecticut Attorney General William Tong said his state also hasn’t agreed to settle its claims. “Our position remains firm and unchanged and nothing for us has changed today,” he said over Twitter.The Stamford, Connecticut-based company has been accused by nearly every U.S. state of downplaying how dangerously addictive its blockbuster pain killer is while exaggerating its benefits. Prosecutors say the company’s marketing practices encouraged doctors to push higher doses of the narcotic and contributed to a public health crisis that claims an average of 130 lives a day.Purdue, the Sackler family, and a group of state attorneys general have been negotiating for months to settle the lawsuits over the opioid crisis to avoid a trial, expected to begin in October. On Sept. 7, the Associated Press reported that Purdue was expected to file for bankruptcy after those talks hit an impasse. The next day, the company said it was still interested in continuing negotiations.The attorneys representing Purdue have said accusations against the company are “not supported by facts and are fundamentally flawed,” adding its opioid painkiller represents less than 2% of the U.S. market. They also say new lawsuits rehash a lot of the same old allegations.However, court filings against Purdue paint a different picture. Legal documents contend the company over the years repeatedly failed to alert authorities to reports its painkillers were being abused. The Sackler family also boasted about its sales, documents show. According to a court filing in Massachusetts, Richard Sackler, who was the company’s president from 1999 to 2003, said at an event that “the launch of OxyContin Tablets will be followed by a blizzard of prescriptions that will bury the competition. The prescription blizzard will be so deep, dense, and white.”In March, Purdue and the Sacklers agreed to pay $270 million to Oklahoma to settle a lawsuit accusing the drugmaker of ruthlessly marketing and misleading the public about OxyContin. As a part of that agreement, Purdue agreed to contribute $102.5 million to fund the creation of a National Center for Addiction Studies at Oklahoma State University.OxyContin is a prescription drug used to treat moderate-to-severe pain in adults. From 1999 to 2017, nearly 218,000 people died in the United States from overdoses related to prescription opioids, according to the U.S. Centers for Disease Control and Prevention. OxyContin first came on the market in 1996.This is a developing story. Please check back for updates.

Endgame’ faces as it seeks to dethrone ‘Avatar’