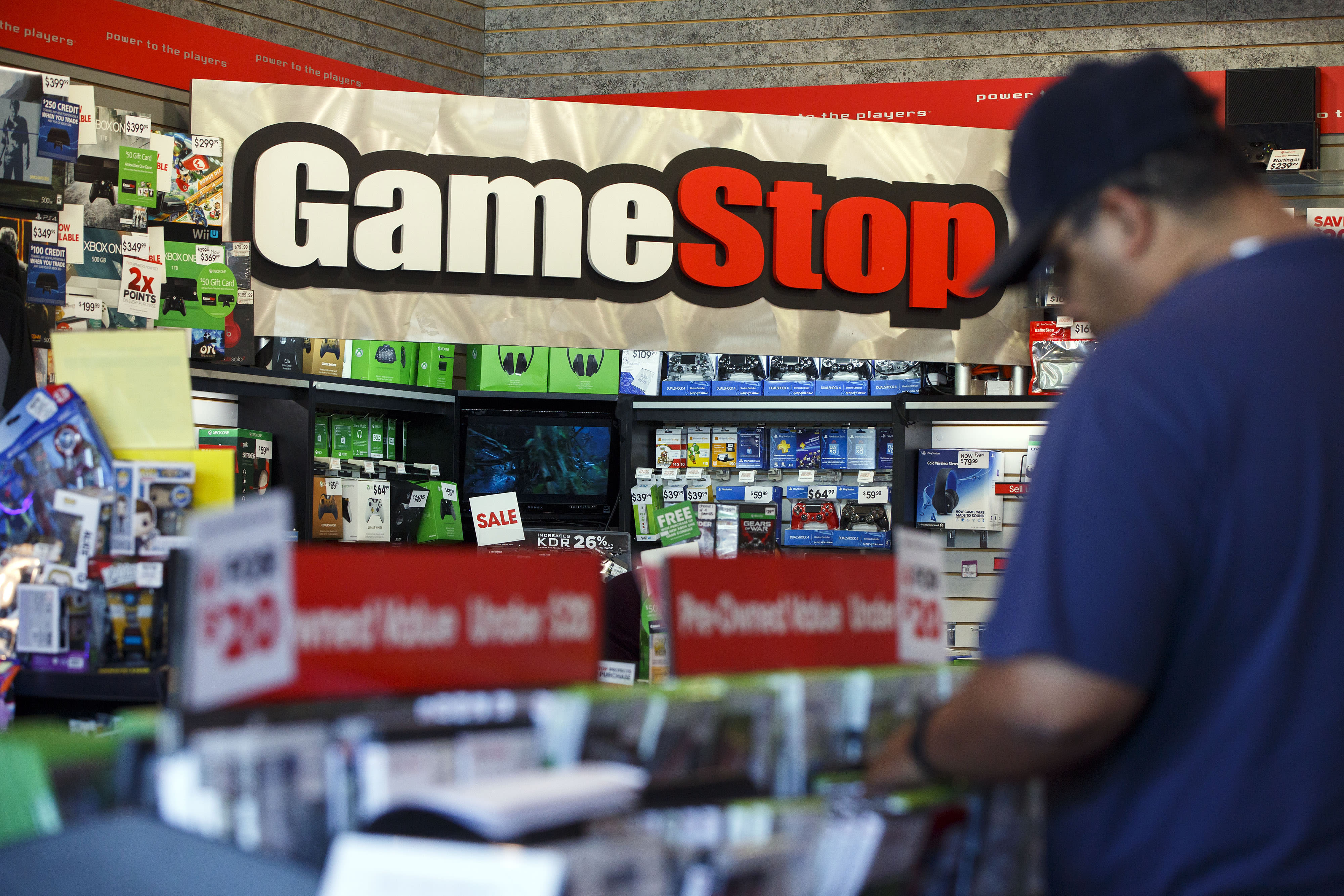 Signage is displayed as a customer browses at a GameStop Corp. store in West Hollywood, California.Patrick T. Fallon | Bloomberg | Getty ImagesGameStop is planning to close between 180 and 200 underperforming stores by the end of its fiscal year.The announcement Tuesday came after the company posted dismal fiscal second quarter earnings after the bell that missed analysts’ expectations and slashed its same-store sales forecast for the year.It said it now expects same-store sales to fall in the low teens, compared with previous expectations of a decrease between 5% and 10%. The company’s stock was down 11.1% to $4.52 midafternoon Wednesday. The shares have fallen more than 60% year to date.”Optimizing our store base for an increasingly digital world is essential for the future and increasing the profit productivity,” CEO George Sherman said on an earnings call with analysts Tuesday. But he also said the company has the “opportunity to do even better and expand profitability” by reducing the number of stores in some markets.Sherman noted that the average lease life of a GameStop store is only two years, and he said the company will make decisions to limit cost implications.The company currently operates more than 5,700 stores across 14 countries, according to the earnings report. The ccompany’s CFO, Jim Bell, also said GameStop has closed 195 stores since the second quarter of last year.Consumers are increasingly turning to digital avenues for gaming, such as on mobile or computers. They’re also using e-commerce sites like Amazon to purchase games. But GameStop said it plans to optimize its stores for the shift toward digital. Sherman said it launched a new GameStop.com platform, and a new buy online, pick up in store option.