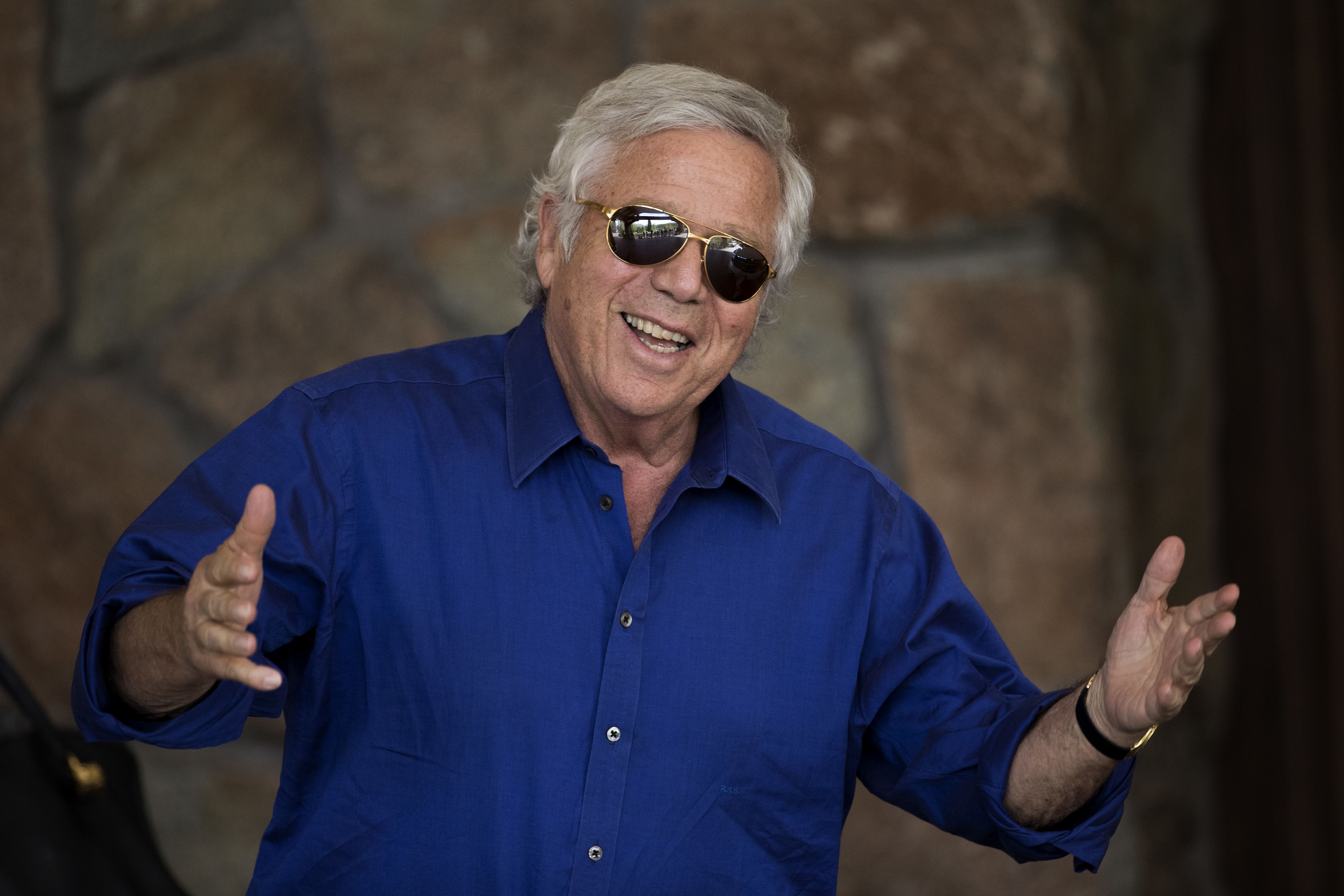 Judge Leonard Hanser’s suppression of those videos on Monday has crippled the prosecutors’ case against Kraft, who is charged with two counts of soliciting prostitution at the Orchids of Asia Day Spa in Jupiter, Florida.

The billionaire businessman Kraft, 77, is accused of getting sexually serviced for cash during two visits at the spa on consecutive days, which were captured by secret surveillance cameras that police had placed there.

The second of those visits occurred hours before he watched his Patriots defeat the Kansas City Chiefs in the AFC Championship.

He has pleaded not guilty in the case, which was filed weeks after the Patriots won their sixth Super Bowl title.  Among the most prominent of all NFL team owners, Kraft is one of two dozen men accused of getting sex for money at the spa, all of whom were charged on the basis of surveillance video.

Without video evidence, prosecutors may find it difficult, if not impossible, to convict any of the men at trial.

Hanser, in his decision barring prosecutors from using the videos as evidence in Kraft’s case, said that the warrant that authorized police to install the cameras in the spa, and the cops themselves, did not take steps to  “minimize the recording of activities not related to crimes under investigation” as required by law.

Judges handling similar cases involving several other massage parlors in Florida have likewise barred prosecutors from using surveillance videos from inside the spas.

Kraft’s lawyer, William Burck, said in a statement that Palm Beach County State’s Attorney Dave “Aronberg is acknowledging he has no case without the illegal video recordings that four Florida judges have now found to be unconstitutional.”

“No evidence means no trial. So the State had only two options— drop the case or appeal. They chose to appeal, but we are confident the appellate court will agree with Judge Hanser and the other judges who threw out their illegally obtained evidence,” Burck said.

The prosecution’s appeal of Hanser’s ruling will be heard by the Circuit Court of the Fifteenth Judicial Circuit in Palm Beach County.