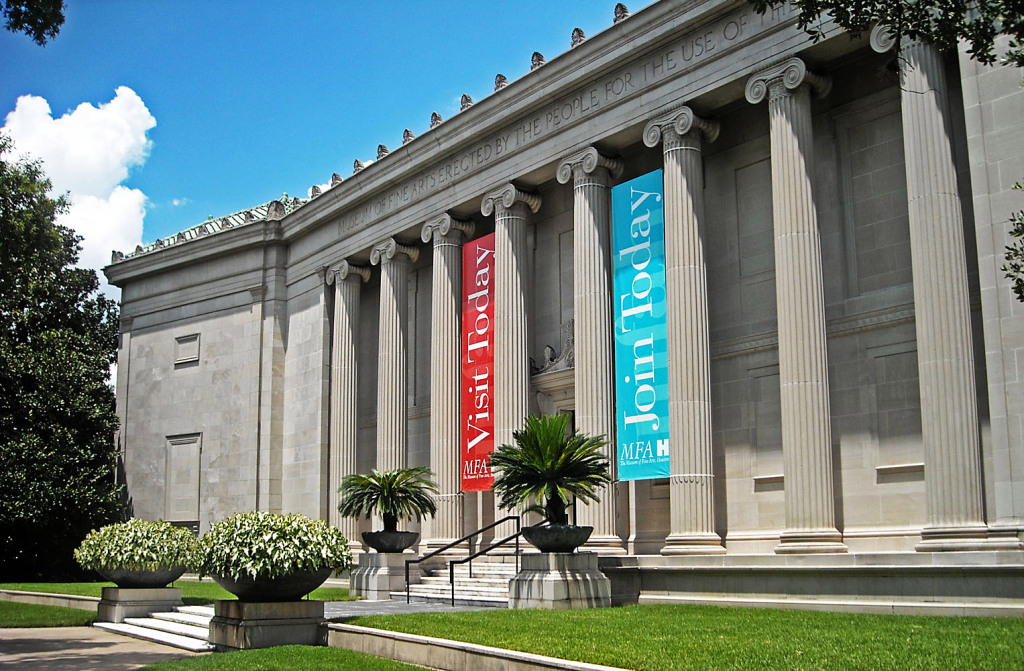 To receive Morning Links in your inbox every weekday, sign up for our Breakfast with ARTnews newsletter.
The Headlines
ON TUESDAY NIGHT, TWO PEOPLE BROKE INTO the Bayou Bend Collection and Garden branch of the Museum of Fine Arts, Houston (the onetime home of arts patron Ima Hogg), the Houston Chronicle reports. Authorities said that an alarm sounded, and that the pair were spotted in the building at around 7:30 p.m. (seems a bit early for a theft, to be honest), causing them to flee. They hopped in a boat, and police divers sighted them hiding in a storm tunnel, which they ended up fleeing through. The pair remain at large. Texas Monthly  ranked them as “C+ art thieves,” while noting that “the bungling bayou burglars did better than the 2014 attempted art thieves who tried to steal an oversized canvas work and escape through Houston’s downtown tunnel system” only to find that the work was too big to make it down that route. If all this tunnel talk has brought to mind the unforgettable tunnel scene from the Harrison Ford classic The Fugitive (1993), here it is on YouTube.

DAYS AFTER THE DIRECTOR OF THE FORTHCOMING M+ museum in Hong Kong, Suhanya Raffel, said that the institution would uphold artistic freedom, the South China Morning Post reports that a pro-Beijing lawmaker in the city had said officials should investigate whether the museum will “spread hatred against the country” in its exhibitions, potentially violating a national security law put in place by China. Hong Kong’s chief executive, Carrie Lam, said that officials will be “extra cautious” about the matter and that M+ officials should be able to determine the legality of their displays, the Financial Times reports. The M+ collection includes works by Ai Weiwei, a vocal China critic. An M+ rep told the FT the museum “will comply with the laws of Hong Kong whilst maintaining the highest level of professional integrity.”
The Digest
Christine Nofchissey McHorse, an acclaimed Navajo ceramicist whose influences included photographer Edward Weston and architect Antoni Gaudí, has died at the age of 72. The cause was complications of Covid-19. [The New York Times]
The rare Chinese porcelain bowl that someone snapped up for $35 at a Connecticut yard sale sold for $721,800 on the block at Sotheby’s in New York. [New York Post]

Artist and architect Maya Lin has just completed a renovation of Neilson Library at Smith College in Northampton, Massachusetts, and is readying a show in Madison Square Park in Manhattan while mourning the death of her husband, the photography curator Daniel Wolf, in January. Brett Sokol spoke with Lin. [The New York Times]
The Glenstone Museum in Potomac, Maryland, has donated Katharina Fritsch’s huge, blue Hahn/Cock to the National Gallery of Art in Washington, D.C., “as a symbol of the hope and renewal on the horizon,” the museum’s founders, Mitchell P. Rales and Emily Wei Rales, said in a statement. Since 2016, the piece has resided atop the East Building of the NGA, where Mitchell is president. [Washingtonian]
Art critic Ben Davis looked at all 5,000 images that comprise the Beeple work that just sold for $69.3 million, and found drawings that are racist, homophobic, and sexist. [Artnet News]
Performa, New York’s performance-art biennial, is a go for October, with all the pieces slated to take place outdoors. Curators selected only artists from the city and the surrounding region to limit the possibility of travel restrictions causing problems. [The Art Newspaper]
The Substation, Singapore’s first independent art center, put out a call for proposals to save it from closing. It is being required to leave the government-owned building it calls home, so that it can undergo renovations, and was told it can return only as a co-tenant, sharing the space with other groups. [The Strait Times]
The Kicker
SPEAKING OF GLENSTONE, IT WILL HOST a Faith Ringgold retrospective next month, and the storied artist, now 90, was just profiled by the Guardian. Ringgold recalled dealing with asthma as a child, and being homeschooled until she was 8. As an adult, she became a teacher. “I noticed there’s a point in the life of children when they kind of give up on art,” Ringgold said. “They don’t like the idea that some people won’t like what they do, and I just didn’t have that problem. Because I was home a lot, I didn’t have to deal with people who liked or didn’t like. I liked—and that was the end of that.” [The Guardian]
Thank you for reading. We’ll see you tomorrow.