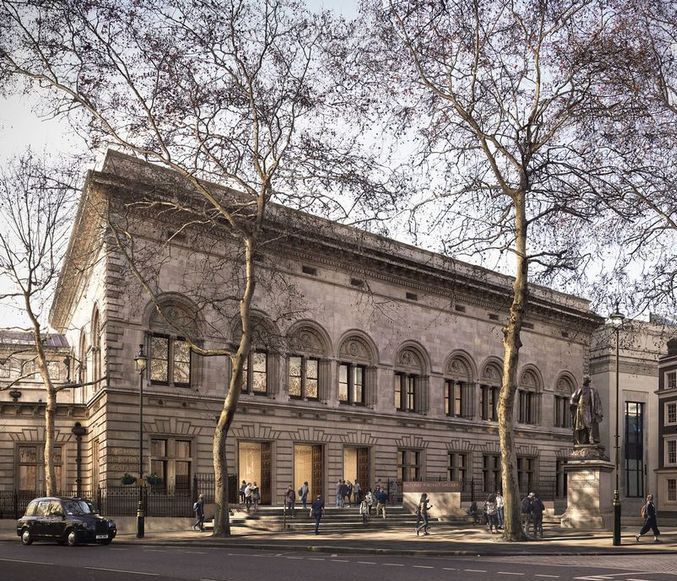 London’s National Portrait Gallery will launch an effort to improve the representation of women in its collection. On Wednesday, the museum announced a three-year project in collaboration with Chanel that seeks to increase the number of portraits by women artists and featuring female sitters in its holdings.
According to report in the Guardian, only 25 percent of the portraits in the gallery’s permanent collection feature women sitters, and just 12 percent of the works owned by the museum are by female artists. The gallery intends to highlight “overlooked stories” by acquiring historic portraits of women who have had an impact on British society.

Flavia Frigeri, the curator who is spearheading the project, said that there is a glaring need for more thorough research on the contributions of women throughout the nation’s history. “They might have made an important contribution to the war effort,” she told the Guardian. “They might have written treatises on mushrooms … the range is quite vast.”
Researchers have already begun examining the accomplishments of little-known British women like Georgina Masson, the first Black female officer in the British army, and Noor Inayat Khan, a British radio operator who worked in occupied France before her capture and execution by the Nazis. Last August, Khan became the first woman of South Asian descent to be given a blue plaque in London. The plaques are scattered throughout London, signaling where notable people in British history lived and worked.
The gallery has been closed since March 2020, and is currently undergoing a multimillion-dollar redevelopment. Its doors are expected to reopen in 2023.