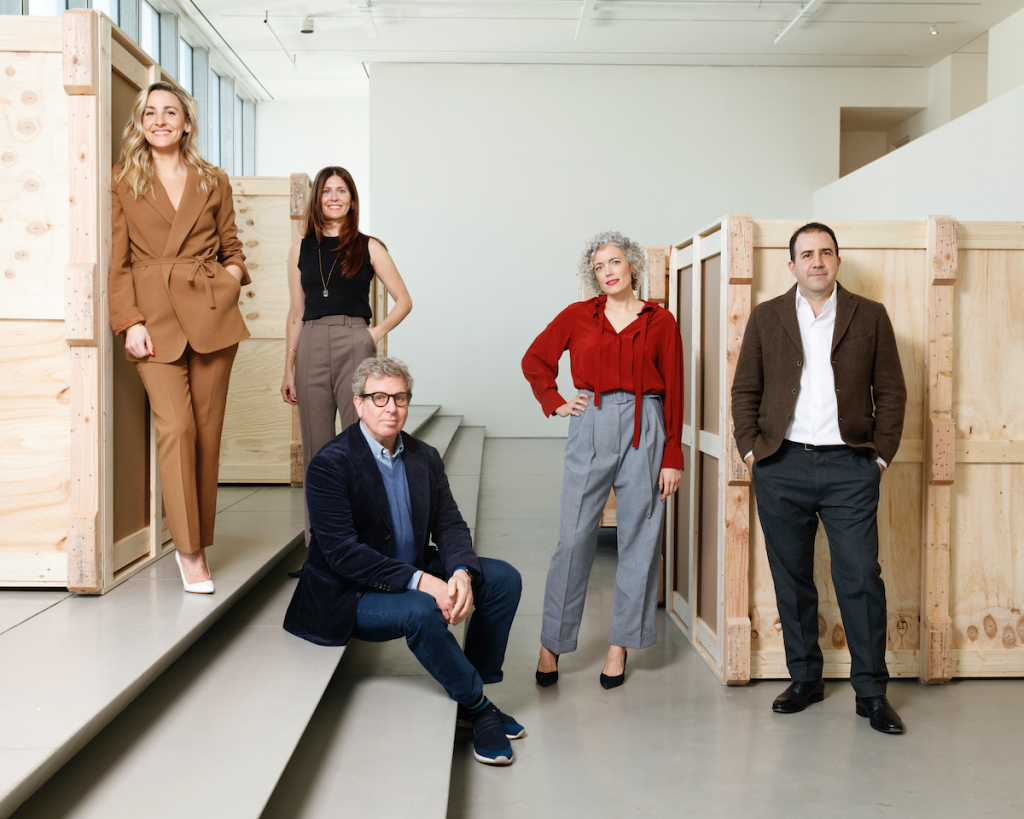 After current and former employees there alleged that two high-ranking dealers had engaged in misconduct, Pace Gallery has restructured its leadership. In November, an Artnet News investigation revealed the accusations against Douglas Baxter and Susan Dunne, who served as presidents at the mega-gallery.
A Pace spokesperson told ARTnews that Baxter was no longer employed by the gallery, but that he would remain on as a senior adviser, and that Dunne had “decided to leave” her post. The spokesperson declined to confirm when Dunne left, saying that the gallery could not comment on details related to personnel. Baxter took an indefinite leave of absence in November.

As part of the restructuring, two figures at the gallery have been promoted, and two more have been given executive titles. Joe Baptista and Samanthe Rubell, the gallery’s vice president and senior director, respectively, will now lead the global sales team. Danielle Forest will now be Pace’s chief of staff, and Amelia Redgrift will be the gallery’s chief communications and marketing officer. Forest had been the executive assistant to the CEO, and Redgrift had been the senior director of Pace’s communications department.
“With our internal reorganization we are focused on creating a new culture, and it is my privilege and responsibility to lead that change,” Pace president and CEO Marc Glimcher said in a statement. “We are striving to make Pace a place where people feel respected and empowered but also challenged and responsible.”
In the Artnet report, eight employees described the environment at Pace as “toxic,” with some making accusations about Baxter’s alleged temper and the way it impacted the culture at the gallery. “I am aware that I have behaved in ways that created distress and hurt people around me,” Baxter said in a statement when he took an indefinite leave of absence last year. Dunne did not publicly respond to the allegations.
Pace had begun a legal inquiry into Baxter and Dunne’s alleged misconduct last year. The spokesperson said that the investigation, conducted by an independent legal counsel, had concluded. “We will not be sharing details related to the investigation,” the spokesperson said.
The report also included expressions of dissatisfaction from certain employees that Lilleth Glimcher, whose father is Marc, had been put in charge of Pace’s diversity and equity initiatives. In his statement on Wednesday, Marc said that that team was now being overseen by Jumoke McDuffie-Thurmond, as well as two external consultants, Dina Bailey and Matthew Kincaid. A Pace spokesperson said that Lilleth had been on the diversity and equity team on a temporary basis and that they have not been involved since January 2021.

“I recognize we still have work to do on improving structures and practices within the gallery to create a truly equitable workplace,” Glimcher said in his statement.