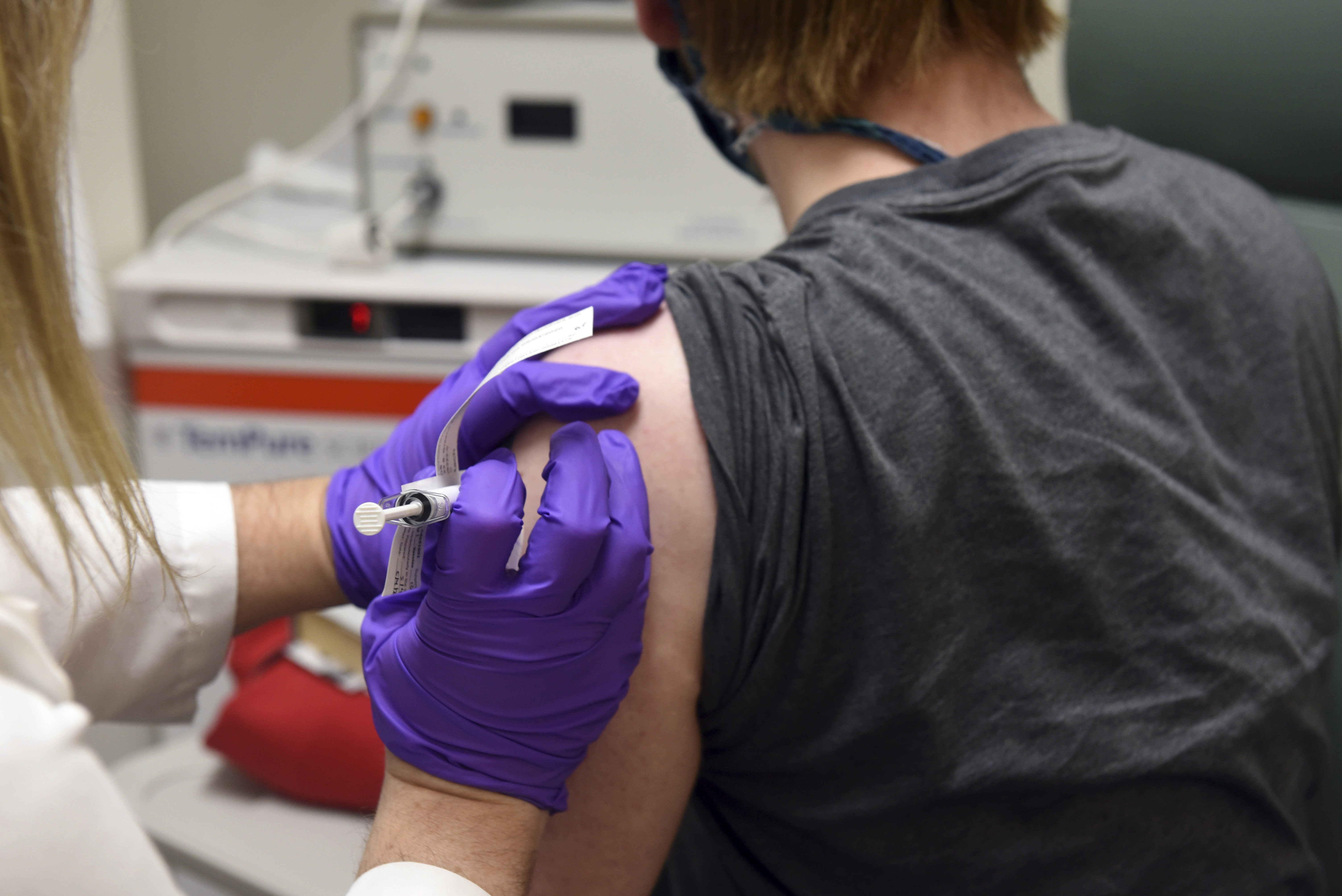 U.S. drugmaker Pfizer and German biotech BioNTech said they began their late-stage human trial for a potential coronavirus vaccine on Monday as pharmaceutical companies race to win regulatory approval before the end of the year.Shares of Pfizer rose more than 3% in after-hours trading Monday. BioNTech was up more than 2%.The trial will include up to 30,000 participants between the ages of 18 and 85 across 120 sites globally, including 39 U.S. states, the companies announced. If it is successful, they expect to submit it for final regulatory review as early as October. They plan to supply up to 100 million doses by the end of 2020 and approximately 1.3 billion doses by the end of 2021.The decision to start the trial reflects “our primary goal to bring a well-tolerated, highly effective vaccine to the market as quickly as possible, while we will continue to evaluate our other vaccine candidates as part of a differentiated COVID-19 vaccine portfolio,” BioNTech CEO Ugur Sahin said in a release. “Many steps have been taken towards this important milestone and we would like to thank all those involved for their extraordinary commitment.”The companies’ experimental vaccine uses messenger ribonucleic acid, or mRNA molecules, to provoke an immune response to fight the virus. Scientists hope mRNA, which relays genetic instructions from DNA, can be used to train the immune system to recognize and destroy the virus.Earlier this month, the companies said one of its four coronavirus vaccine candidates produced neutralizing antibodies, which researchers believe is necessary to build immunity to the virus, in all participants who received two of the 10- or 30-microgram doses. Last week, the U.S. government announced it would pay Pfizer and BioNTech $1.95 billion to produce and deliver 100 million doses of their vaccine if it proves safe and effective. The deal was signed as part of Operation Warp Speed, the Trump administration’s effort to accelerate development and production of vaccines and treatments to fight the coronavirus.Pfizer previously announced it hoped to start its pivotal late-stage trial of the vaccine as early as this week.Pfizer and BioNTech are among several companies racing to develop a vaccine to fight the virus, which has infected more than 16 million people worldwide and killed at least 650,029 as of Monday, according to data compiled by Johns Hopkins University. There are more than 150 vaccines under development globally, according to the World Health Organization, with 25 already in human trials.The announcement from the two companies came the same day biotech firm Moderna, which is also developing a leading vaccine candidate, said it began its late-stage coronavirus vaccine trial. That trial will also include 30,000 participants. The company said it remains on track to deliver between 500 million and 1 billion doses per year starting next year.Among other competitors are pharmaceutical giants Johnson & Johnson and AstraZeneca.J&J said earlier this month it expects to begin a late-stage human trial for a potential coronavirus vaccine in late September, ahead of schedule. AstraZeneca, working with researchers at the University of Oxford, said they are recruiting for their ongoing late-stage trial of a vaccine in the U.K., Brazil and South Africa.