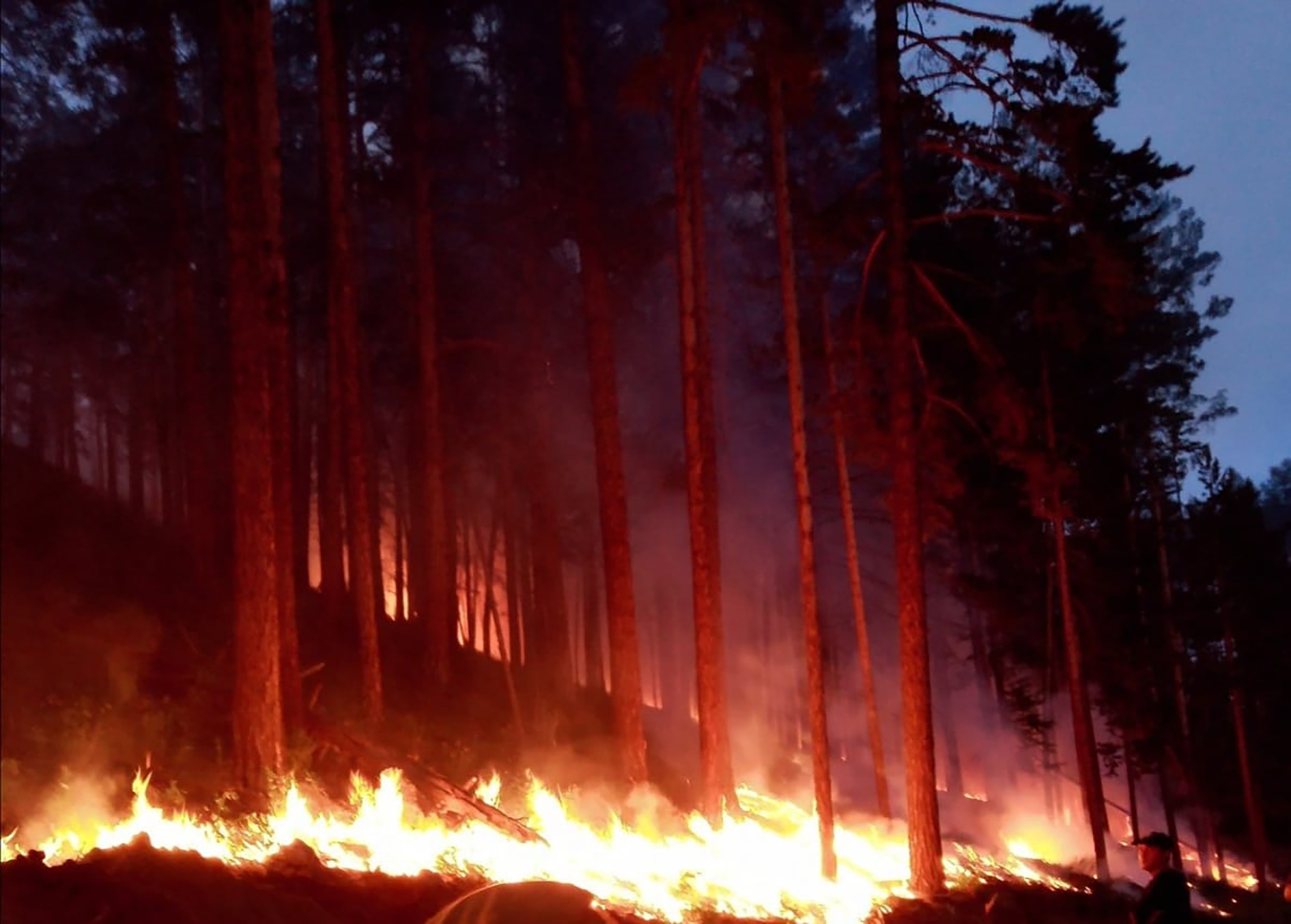 A woman near the ruins of a summer house destroyed by a fire in a dacha community in Moshkovo District, Novosibirsk Region, south Siberia. Novosibirsk Region is experiencing hundreds of fires believed to have been caused by burning old grass.Kirill Kukhmar | TASS | Getty ImagesThe World Meteorological Organization warned on Friday that temperatures in Siberia were about 18 degrees [10 degrees Celsius] above average in June as devastating fires rage in the Arctic and ice melts off the Arctic coast. “The Arctic is heating more than twice as fast as the global average, impacting local populations and ecosystems and with global repercussions,” WMO Secretary-General Petteri Taalas said in a statement.The Siberian heat wave and record heat in the Arctic would be virtually impossible without human-caused climate change, according to a recent study by the World Weather Attribution project.The WMO also said the heat wave is due in part to a blocking pressure system and a northward swing of the jet stream that is sending hot air into the region.Temperatures in the Siberian town Verkhoyansk reached a record 100.4 degrees [38 degrees Celsius] in June. The Arctic has experienced its highest annual temperatures from 2016 to 2019, with 2020 expected to be even hotter. “What happens in the Arctic does not stay in the Arctic. Because of teleconnections, the poles influence weather and climate conditions in lower latitudes where hundreds of millions of people live,” Taalas said. Read more:More efficient cooling systems could save $2.9 trillion by 2050 and help curb climate change’Oven-like conditions’: Scorching heat and coronavirus endanger people without AC this summerEarth has hottest May on record, with 2020 on track to be one of the top 10 warmest yearsThe Arctic wildfires ignited unusually early this year due to hot and dry conditions in Siberia. In June, they released more polluting gases into the environment than any other fires in nearly two decades of data collection.The blazes have devastated local ecosystems and habitats and released planet-warming carbon dioxide and soot.The fires have also thawed permafrost containing methane and carbon dioxide. Scientists warn that the melting permafrost could release as much as 240 billion tons of carbon into the atmosphere by 2100.It’s virtually certain that 2020 will be among the hottest years ever, according to the National Oceanic and Atmospheric Administration. Last year was the second-hottest year ever, which capped off the hottest decade on record as global warming accelerates.