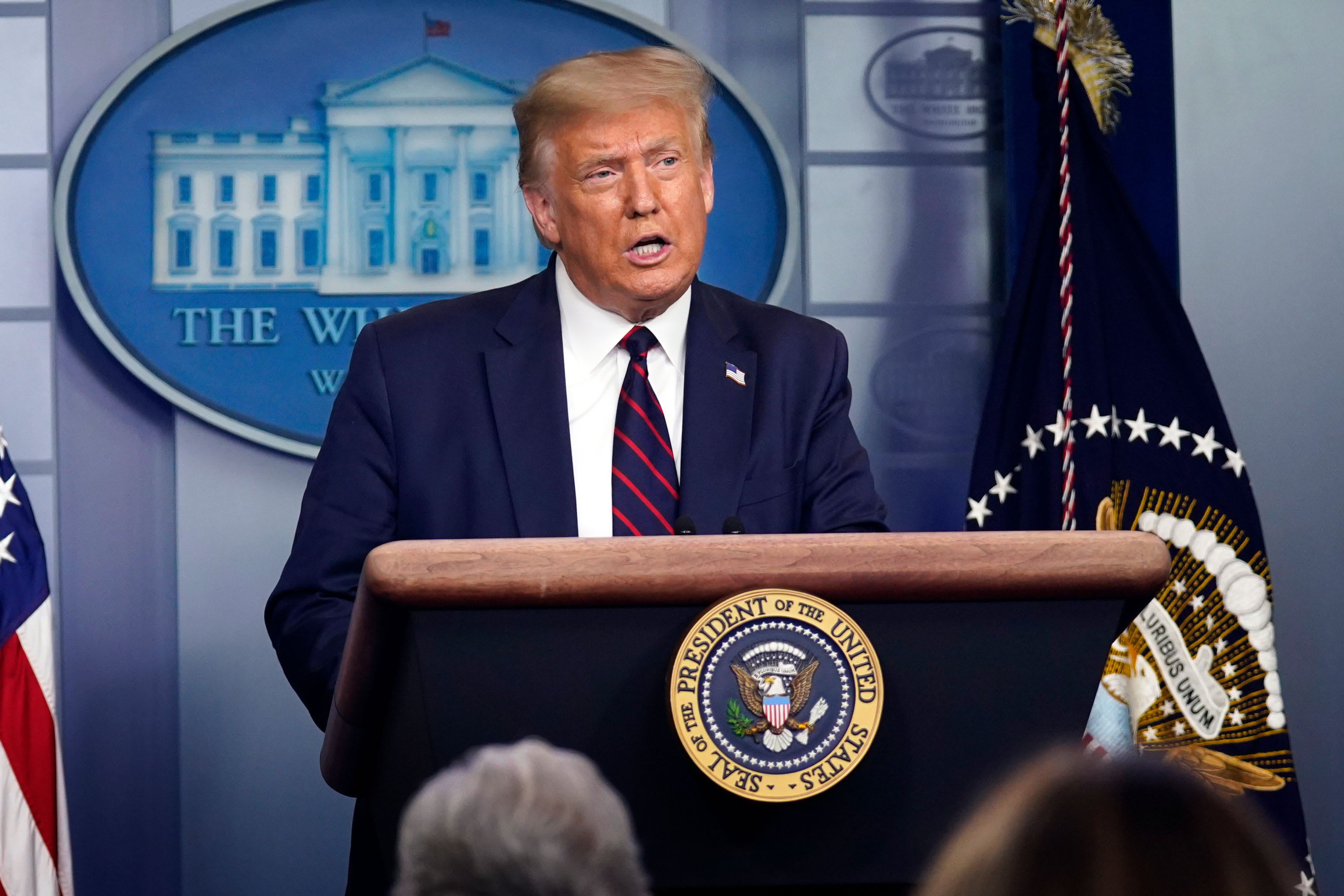 President Donald Trump on Thursday continued his push for schools to reopen as fall approaches regardless of the state of the U.S. coronavirus outbreak, adding that keeping schools closed “is causing death also.” Trump called on Democrats to work with Republicans to pass the latest coronavirus relief bill, which currently includes $105 billion to help schools reopen for in-person learning in the fall. Democratic leadership has criticized the bill for leaving out key aid measures Democrats included in the $3 trillion relief package they passed in May. In his call to reopen schools, Trump reiterated that the risk of Covid-19 patients becoming severely sick and dying from the disease falls with age. However, an underlying illness such as diabetes and obesity increases the risk of dying from Covid-19 in patients of all ages, including the very young, the nation’s top infectious disease expert, Dr. Anthony Fauci, has warned. Children in the U.S. have previously been infected with Covid-19 and some have been hospitalized and even died.”The lower they are in age, the lower the risk,” Trump said Thursday at a news briefing in the White House. “We have to remember that there’s another side to this. Keeping them out of school and keeping work closed is causing death also. Economic harm, but it’s causing death for different reasons, but death. Probably more death.”The president also indicated that if some state or local officials decide not to reopen schools, he thinks the school funding should be reallocated to parents. Earlier this month, Trump made a similar threat that he may withhold federal funding from schools that do not resume in-person classes this fall. “We say if a school doesn’t want to open or if a governor doesn’t want to open, maybe for political reasons and maybe not but there is some of that going on, the money should go to the parents, so they can send their children to the school of their choice,” Trump said Thursday. “If schools stay closed, the money should follow the students so families are in control of decisions about their sons and daughters, about their children.” The matter of whether and how to reopen schools in the U.S. this fall has become a hotbed issue in recent weeks. Some epidemiologists, including Dr. Michael Osterholm, director of the Center for Infectious Disease Research and Policy at the University of Minnesota, have noted that if even one child dies of Covid-19 as a result of reopening schools, it would be a tragedy that should shape policy. Others have warned that even if the risk of severe sickness and death are relatively low for children, the role young people play in spreading the virus is not yet clearly understood and they may act as a carrier that sparks fresh outbreaks. In an article published Wednesday in the New England Journal of Medicine, professor of education at Harvard, Meira Levinson, along with infectious diseases scientist Dr. Muge Cevik and epidemiologist Marc Lipsitch, writes that reopening schools, especially for elementary students, in the U.S. is both crucial and feasible. However, they add that to do so safely, communities should make every effort to bring outbreaks under control before the reopening of schools.”Any region experiencing moderate, high, or increasing levels of community transmission should do everything possible to lower transmission,” they wrote, adding that other countries have closed nonessential indoor businesses and recreational spaces to bring the outbreak under control. “Such measures along with universal mask wearing must be implemented now in the United States if we are to bring case numbers down to safe levels for elementary schools to reopen this fall nationwide.”