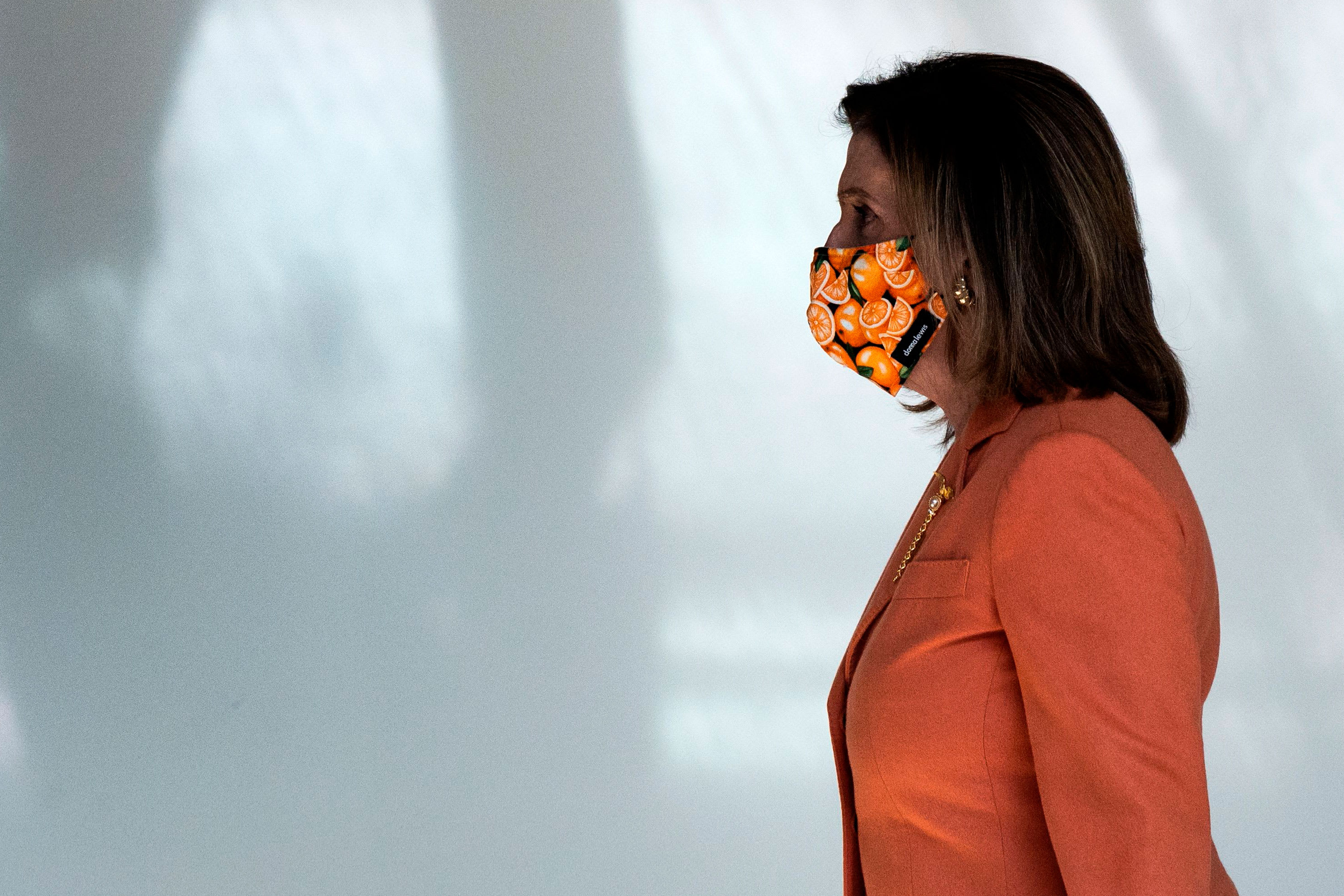 US Speaker of the House, Nancy Pelosi, Democrat of California, leaves after her weekly press briefing on Capitol Hill in Washington, DC, on October 8, 2020.Andrew Caballero-Reynolds | AFP | Getty ImagesDemocrats in the House and Republicans in the Senate expressed opposition Saturday to President Donald Trump’s $1.8 trillion coronavirus stimulus offer, further complicating a week of already confusing negotiations and dimming hopes for a deal before Election Day. The White House’s offer nearly doubles the original proposal from Republicans when talks began in late summer but is about $400 billion less than the $2.2 trillion bill Democrats previously passed, leaving party leaders in Congress on both sides unhappy. “This proposal amounted to one step forward, two steps back,” House Speaker Nancy Pelosi said of the Trump administration’s stimulus offer in a letter to her members Saturday. “When the President talks about wanting a bigger relief package, his proposal appears to mean that he wants more money at his discretion to grant or withhold, rather than agreeing on language prescribing how we honor our workers, crush the virus and put money in the pockets of workers,” Pelosi said.Congress has failed to pass new aid for months as the virus continues to spread across the country and economic recovery slows. Pelosi said the administration’s proposal lacks a strategic plan to contain the spread of the virus, and has inadequate funding for state and local governments as well as financial relief for American families.Pelosi has called for a deal that reinstates the $600 per week supplemental unemployment benefit that ended in July and puts tens of billions dollars into contact tracing, Covid-19 testing and vaccine development.”Despite these unaddressed concerns, I remain hopeful that yesterday’s developments will move us closer to an agreement on a relief package that addresses the health and economic crisis facing America’s families,” Pelosi said.Senate Republicans expressed opposition to the bill under negotiation in a Saturday morning call with Treasury Secretary Steven Mnuchin and White House Chief of Staff Mark Meadows, sources told NBC News. One source said Republicans took issue with what they described as an effort by Democrats to provide maximum health insurance subsidies to any new Obamacare enrollee as part of an agreement.As election day approaches, it’s unclear if Congress will have time to produce a pandemic relief bill and push it through the Republican-held Senate, which is moving quickly to confirm Judge Amy Coney Barrett to the Supreme Court.Senate Majority Leader Mitch McConnell said Friday that a stimulus package is “unlikely in the next three weeks.”Trump, who called off talks several days ago, now says he’s changed his position on approving more coronavirus aid before the November election, telling right-wing radio host Rush Limbaugh that “I would like to see a bigger stimulus package, frankly, than either the Democrats or Republicans are offering.”However, White House communications director Alyssa Farah later told reporters that the administration wants a package that costs below $2 trillion, which would be less than the $2.2 trillion bill Democrats have proposed.— CNBC’s Jacob Pramuk contributed to this report

This chef got Covid, got laid off and then became a homebuilder