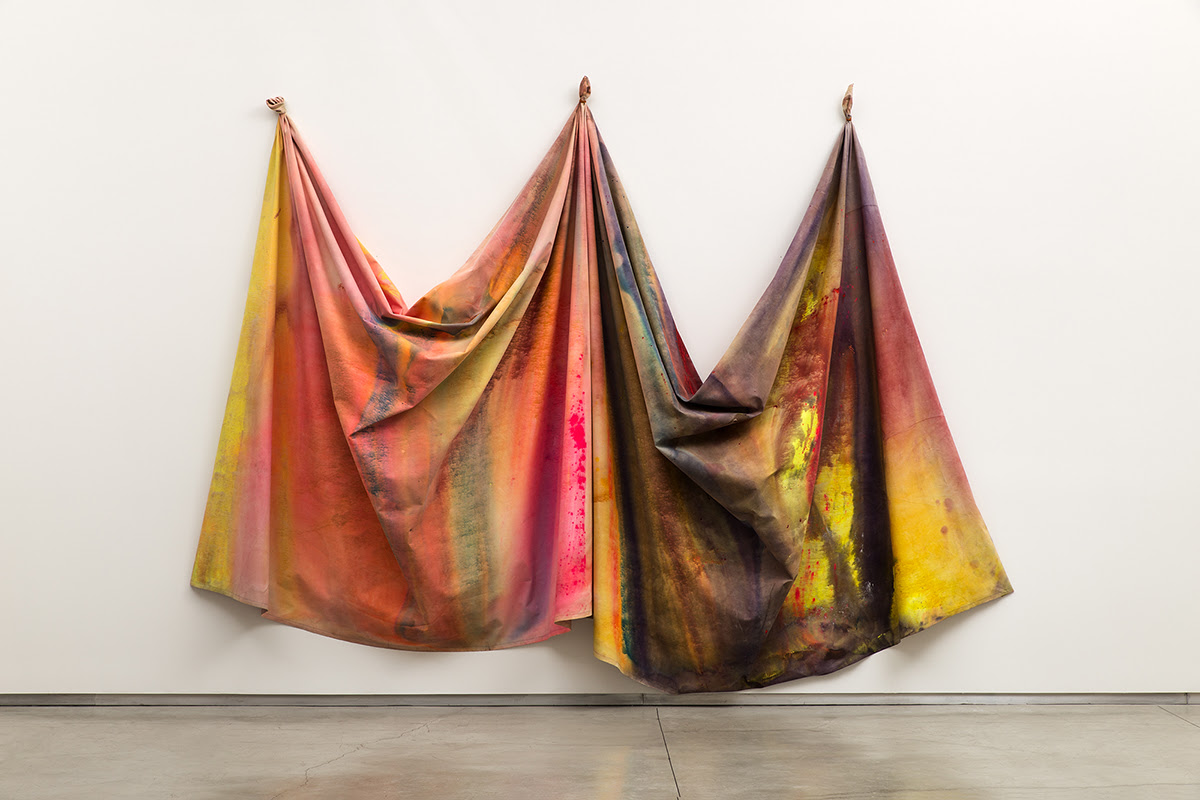 Painter Sam Gilliam, one of the most closely watched abstract painters to rise to fame during the 1960s, will now be represented by Pace Gallery, which has locations in New York, London, Geneva, Palo Alto, Hong Kong, and Seoul. David Kordansky gallery in Los Angeles will continue to represent the artist.

Gilliam is widely known for his paintings that bring his medium into the third dimension, allowing his canvases—which are often bunched up, hung by elements from ceilings and walls, and left unstretched—to become sculptural. A key figure in the Washington Color School, the Washington, D.C.–based group that emerged in the 1950s as a response to the New York School, Gilliam may be most famous for his “Drape” series, which has been shown widely, including as part of the traveling exhibitions “Soul of A Nation: Art in The Age of Black Power.”

Arne Glimcher, a founder of Pace Gallery, said in a statement, “Sam Gilliam has been a radical and influential artist since his works first appeared on the scene in the mid-’60s. Inventing the path by which the canvas was freed of its support, he transformed the possibilities of picture making internationally.”

In 1972 Gilliam became the first African-American artist to represent the United States at the Venice Biennale. Speaking to ARTnews the year after that exhibition, Gilliam, whose work also appeared in the 2017 Venice Biennale, said, “Being black is a very important point of tension and self-discovery. To have a sense of self-acceptance we blacks have to throw of this dichotomy that has been forced on us by the white experience.”

In August, Dia:Beacon in New York will stage an exhibition of Gilliam’s early works. Later this year, the 85-year-old’s artist will also be on view at the exhibition “With Pleasure: Pattern and Decoration in American Art 1972-1985,” which opens at the Museum of Contemporary Art Los Angeles in October and will travel to the CCS Bard Hessel Museum of Art in Annandale-on-Hudson, New York, in 2020.