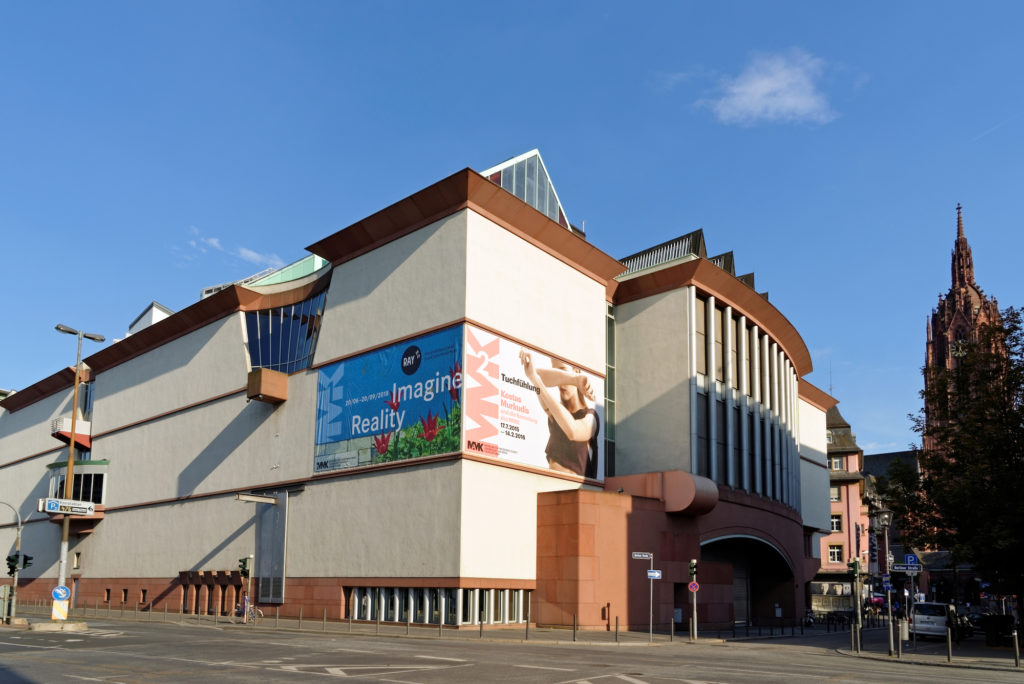 A fire broke out at the Frankfurt Museum für Moderne Kunst in Germany this morning, according to the German publication DW, with firefighters working throughout the day to extinguish it. The museum was closed for renovations, and there have been no reports of injuries or damage to artworks. The source of the fire remains unknown.

The flames were mainly confined to the area around the museum’s copper roof, according to a statement from the fire department, which reported, in a German statement translated by DW, that “the extinguishing work will continue for some time” because accessing the affected location presents certain logistical difficulties.

The fire department said it was alerted to the fire at noon. Its statement, per DW, continued, “Due to the rapid intervention, the fire spread could be limited to this superstructure of the roof. The copper roof had to be laboriously opened in the area of ​​the superstructure in order to be able to extinguish all burns and embers.”

The museum building, which was completed in 1991 and designed by Hans Hollein, holds a collection of more than 5,000 pieces. Most of the work in storage due to the museum’s undergoing renovation. A nearby MMK site hosting a group exhibition with work by Hito Steyerl, Erik van Lieshout, Henrike Naumann, and others was not endangered by the fire.

At least some artworks seem to have have been evacuated: a photo circulating online shows firefighters carrying three On Kawara date paintings from the building.

ARTnews has reached out to the museum for more information, and will update this post when we hear back.