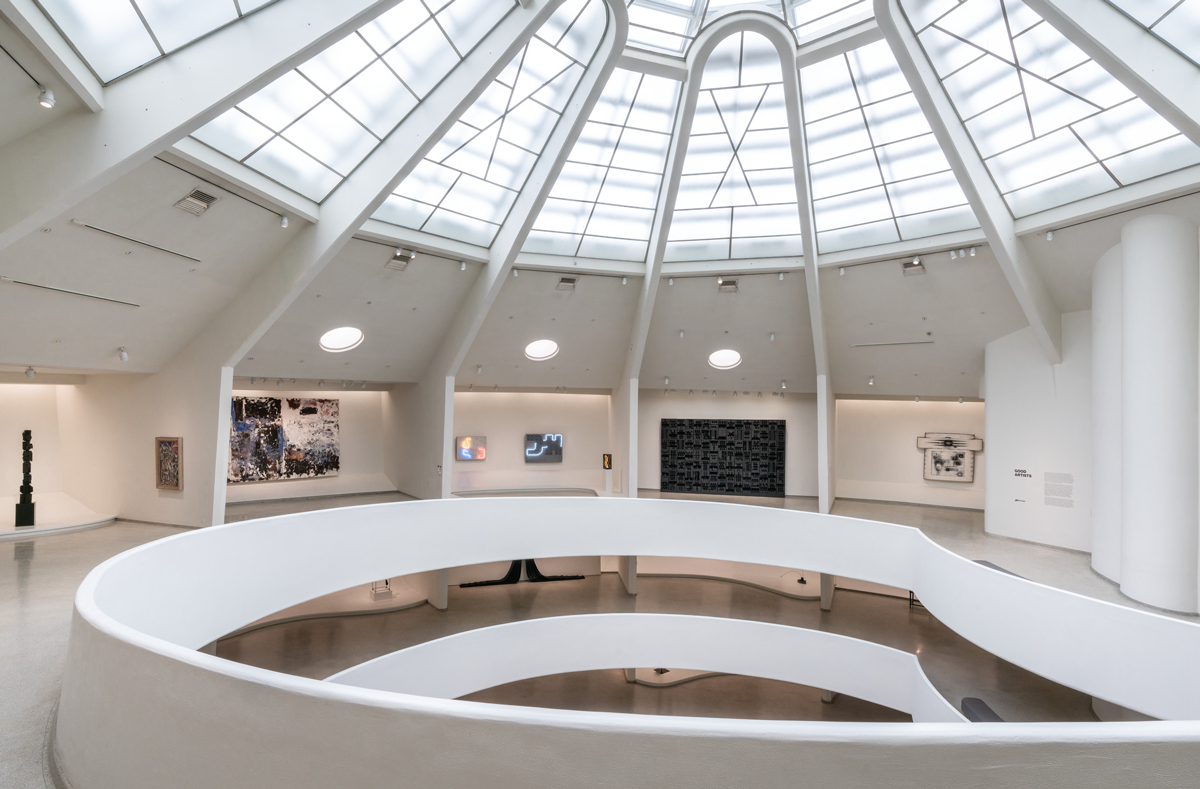 Talk: Jenny Holzer at Guggenheim Museum
Currently on view at the Guggenheim Museum is “Artistic License,” a show for which the institution invited artists to organize mini-exhibitions drawn from its holdings. One artist-curator is Jenny Holzer, who focused on women artists and abstraction in her show. (As it happens, Holzer, who is known for her text projections, also has a solo show on now at the Guggenheim Bilbao in Spain.) At this event, Holzer will discuss her section of “Artistic License.”
Guggenheim Museum, 1071 Fifth Avenue, 6:30 p.m. Tickets $25

Screening: Jennifer Reeves at Light Industry
Filmmaker Jennifer Reeves, who has explored psychiatric institutions and treatments in previous works, will debut a new multi-projector performance Three Projectors for Three Approaches to Psychotherapy at Light Industry. The piece was informed by a 1965 teaching film titled Three Approaches to Psychotherapy, and it chronicles a woman’s discussions with three different male therapists. Reeves has said of the film’s subject, “Gloria, a person who came of age well before the women’s liberation movement, consults each therapist in earnest and discovers herself in profoundly different conversations and dynamics with these men.”
Light Industry, 155 Freeman Street, Brooklyn, 7 p.m. Tickets $8 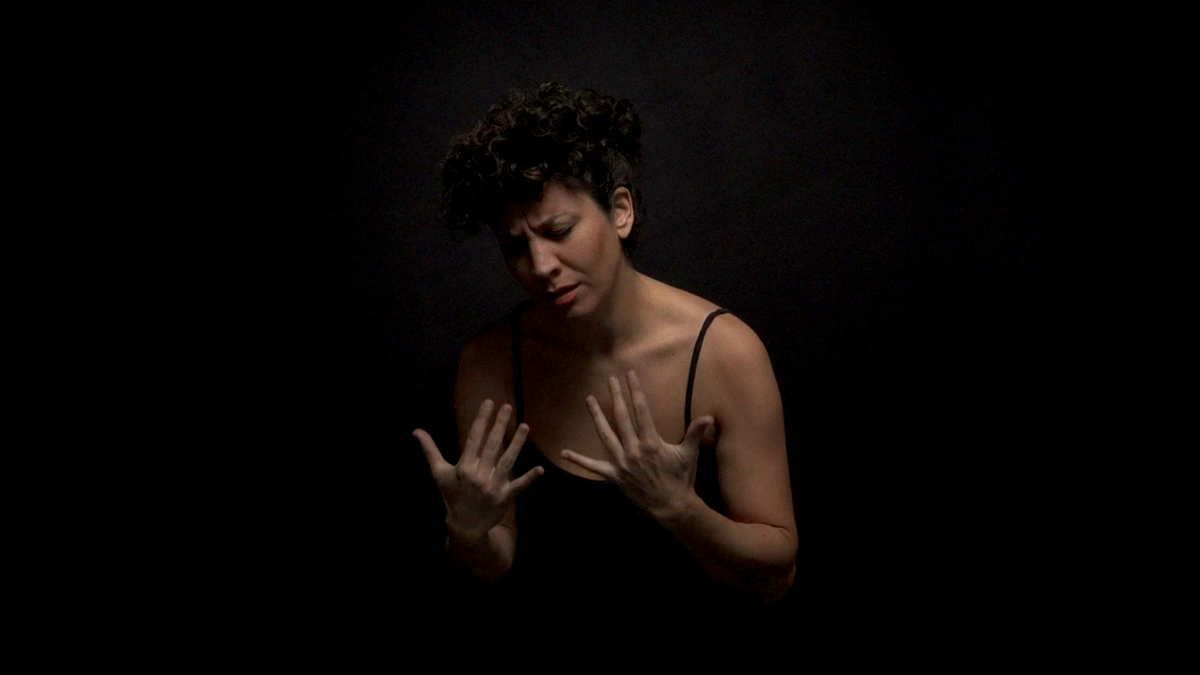 Francisca Benítez, Has dado al mundo tus canciones (You have given the world your songs), still, 2018, 1 to 10 handshape poem in ASL, HD video.

Screenings: Stalker and High Life at Film at Lincoln Center
To celebrate its 50th anniversary, Film at Lincoln Center is offering double-feature screenings. This one pairs sci-fi films with an arty sensibility. Andrei Tarkovsky’s 1979 masterwork, Stalker, will be accompanied by acclaimed director Claire Denis’s newly released High Life, which stars Robert Pattinson as a prisoner who is shot into space and subjected to scientific research. Both films explore the violent possibilities of technology and the reaches of human desire.
Film at Lincoln Center, 165 West 65th Street, 6 p.m. Free with registration 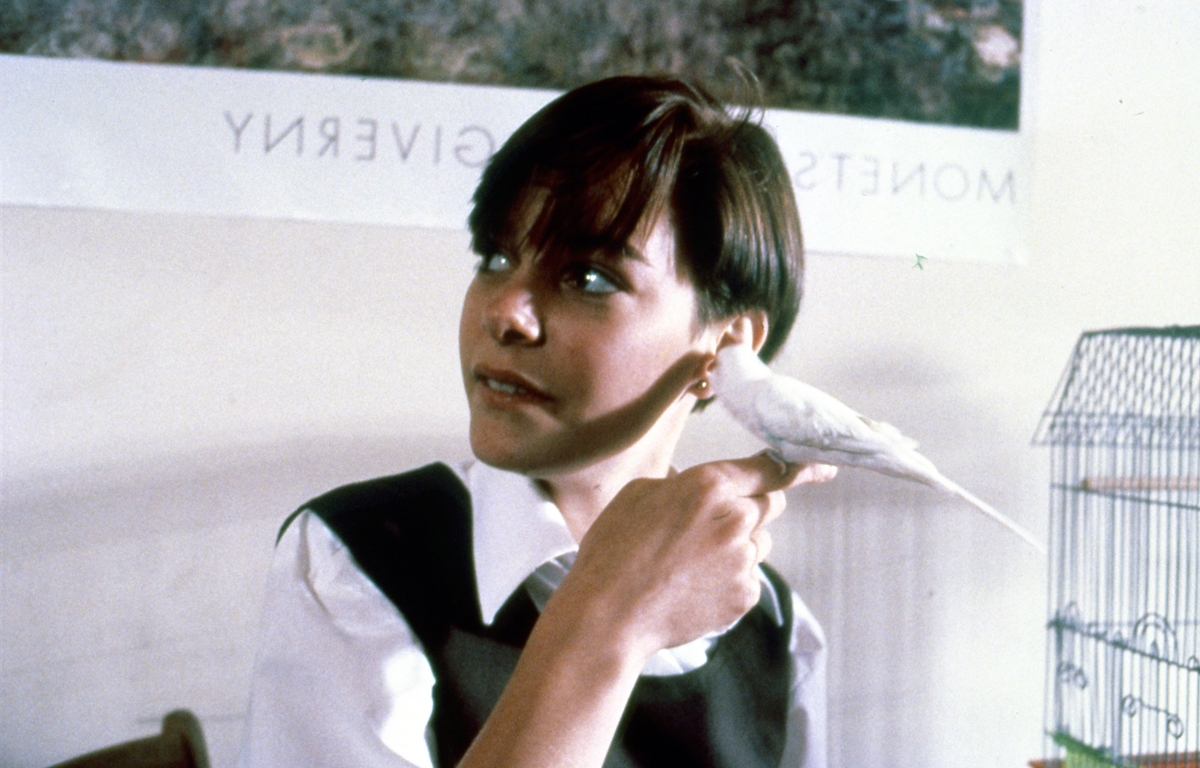 Screening: Two Friends at Anthology Film Archives
Throughout August, the Anthology Film Archives series “A Real Young Girl: Coming of Age” will highlight films concerned with the perils and complexities inherent in reaching womanhood. The series, comprised exclusively of cinema by women directors, includes Jane Campion’s 1986 debut film, Two Friends. Campion traces in reverse a year in the life of its protagonists, from the collapse of their friendship to their tenuous bliss.
Anthology Film Archives, 32 Second Avenue, 7 p.m. Tickets $7/$9/$12

Concert: “Warm Up” at MoMA PS1
There’s one month left to get down at MoMA PS1’s “Warm Up” series, its can’t-miss showcase for international electronic talent since 1998. For this Saturday’s show, “Warm Up” has assembled in Queens a lineup spanning from the California coast to Southern Sweden. The roster includes U.K. grime staple Mr. Mitch, Detroit-native and techno producer Black Noi$e. and Australian lo-fi house star DJ Mall Grab.
MoMA PS1, 22-25 Jackson Avenue, Queens, 12–9 p.m. 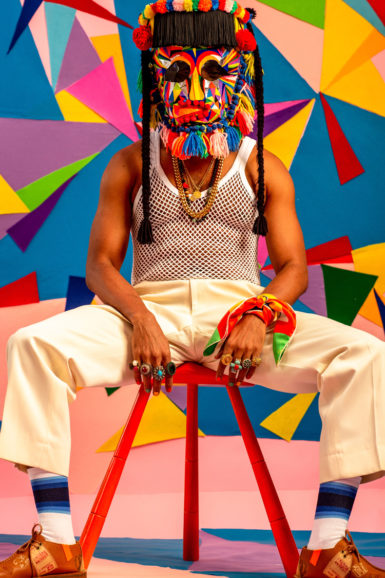 Noise Cans will preform at the Brooklyn Museum this weekend.

Party: “Big Up Yuhself” at Brooklyn Museum
For its “First Saturday” party this month, the Brooklyn Museum is staging a variety of happenings, including a screening of Khalik Allah’s Black Mother (2018), an experimental documentary about women in Jamaica, that will be followed by a talk with the film’s director and Drew Sawyer, a photography curator at the institution. Meanwhile, Liz Johnson Artur will lead a walkthrough of her current show, and Charnice Charmant and Afrobeat dancers will stage a movement workshop. Throughout, there will be music by Los Habaneros, DJ TYGAPAW, Noise Cans, and others.
Brooklyn Museum, 200 Eastern Parkway, 5–10 p.m.

Screening: “Monuments and Flowers” at Queens Museum
As part of the Festival of Cinema NYC, the Queens Museum will show a program of films centered around notions of destruction and rebuilding in the Middle East. The moving-image works in the event will make use of a variety of formats, from digital filmmaking to handmade cinema. Put on in collaboration with ArteEast, an organization devoted to Middle Eastern art, the program includes works by Yto Barrada, Maha Maamoun, Basim Magdy, Lara Baladi, and Malak Helmy.
Queens Museum, Corona Park, 1–3 p.m.