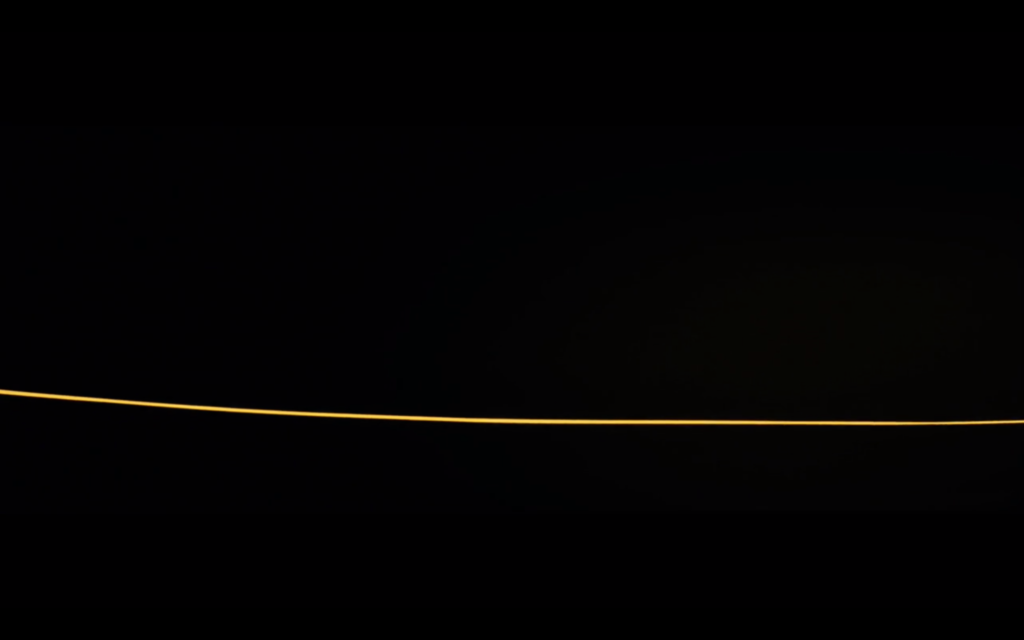 The art world does not lack for fans of Claire Denis—artists Sharon Lockhart and Beatrice Gibson and Frieze art fair director Amanda Sharp are among those who have described themselves as admirers of the French director’s films—but it turns out that Denis is herself a fan of one notable artist’s work, if her new movie High Life is any proof.

Toward the end of the film, the frame is filled with orange bands that jut across the screen in a sequence that culminates in the film’s final shot, in which the doors of a spaceship open and reveal an amber-colored expanse. The shots are borrowed from a short film by Denis titled Contact (2014), and the images in it feature an immersive Olafur Eliasson light installation of the same name that originally was presented at the Fondation Louis Vuitton in Paris. (Reports have stated that Eliasson designed the spaceship featured in High Life, but a representative for the artist’s studio told ARTnews that this was not true.)

The short film Contact was born out of Denis’s discussions about unexplained phenomena in space with Eliasson. Black holes were among the topics brought up, and they feature prominently in High Life, which follows a group of prisoners who are shot into space and subjected to biological experiments.

Excerpts from Contact appear toward the end of High Life, in which a character named Monte (Robert Pattinson) and his teenager daughter, having outlived all of their ship’s other passengers, decide to journey into a black hole. How their travels culminate is left ambiguous in the film’s final shot, an abstracted image that fades to white. But comments made by Eliasson around the time of the Fondation Louis Vuitton show may offer a clue as to what happens.

In interviews, Eliasson described his work Contact as being about traveling into another realm. “My exhibition addresses that which lies at the edge of our senses and knowledge, of our imagination and our expectations,” he told Dezeen in 2014. “It is about the horizon that divides, for each of us, the known from the unknown.”