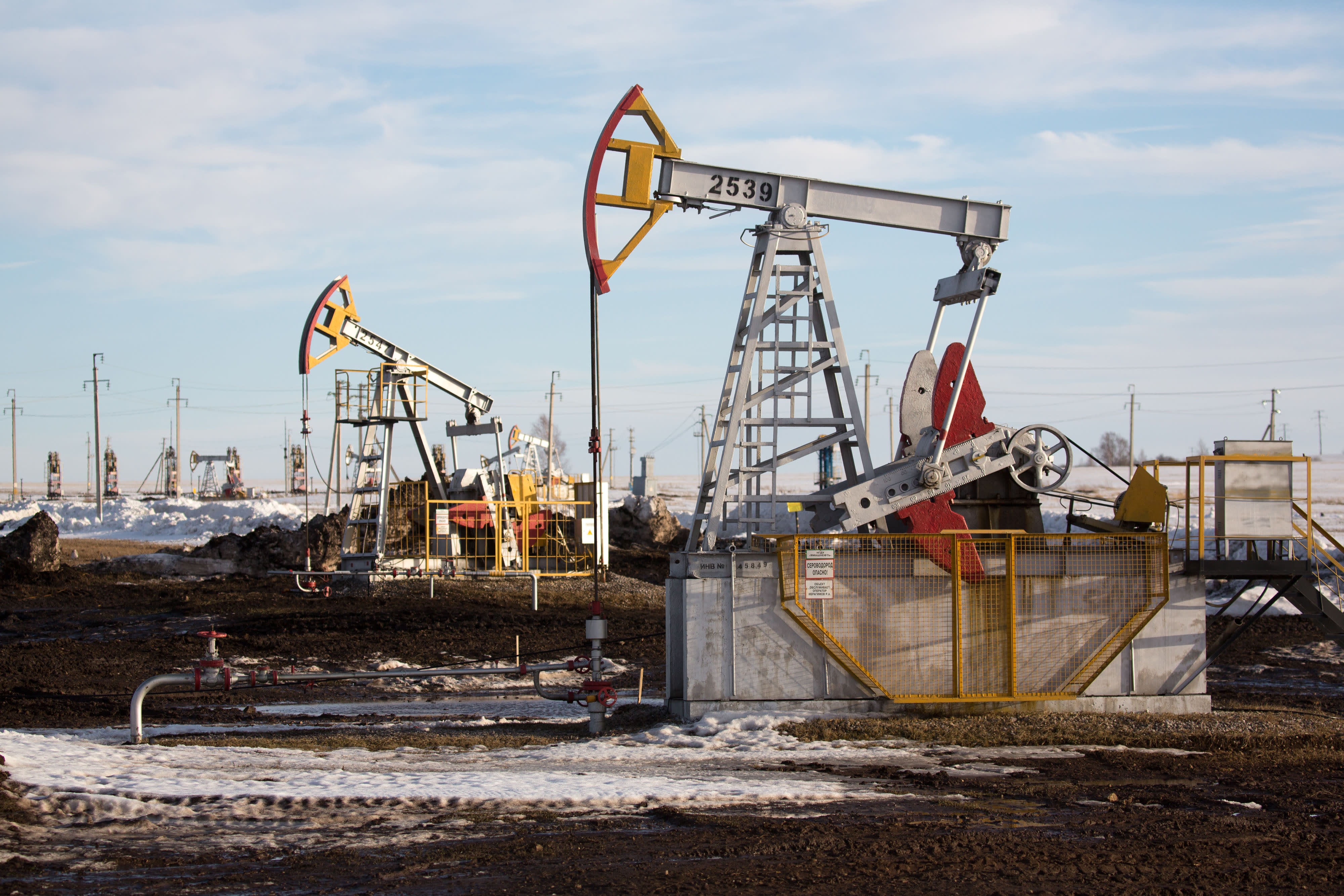 Oil pumping jacks, also known as “nodding donkeys”, operate in an oilfield near Almetyevsk, Tatarstan, Russia, on Wednesday, March 11, 2020.Andrey Rudakov | Bloomberg | Getty ImagesOil jumped to its highest level in nearly three years on Monday after talks between OPEC and its oil-producing allies were postponed indefinitely, with the group failing to reach an agreement on production policy for August and beyond.West Texas Intermediate crude futures, the U.S. oil benchmark, advanced 1.56%, or $1.17, to $76.33 per barrel, its highest level since October 2018. International benchmark Brent crude rose 1.2%, or 93 cents, to $77.10 per barrel.Discussions began last week between OPEC and its allies, known as OPEC+, as the energy alliance sought to establish output policy for the remainder of the year. The group on Friday voted on a proposal that would have returned 400,000 barrels per day to the market each month from August through December, resulting in an additional 2 million barrels per day by the end of the year. Members also proposed extending the output cuts through the end of 2022.The United Arab Emirates rejected these proposals, however, and talks stretched from Thursday to Friday as the group tried to reach a consensus. Initially, discussions were set to resume on Monday but were ultimately called off.”The date of the next meeting will be decided in due course,” OPEC Secretary General Mohammad Barkindo said in a statement.OPEC+ took historic measures in April 2020 and removed nearly 10 million barrels per day of production in an effort to support prices as demand for petroleum-products plummeted. Since then, the group has been slowly returning barrels to the market, while meeting on a near monthly basis to discuss output policy.Stock picks and investing trends from CNBC Pro:”For us, it wasn’t a good deal,” UAE Minister of Energy and Infrastructure Suhail Al Mazrouei told CNBC on Sunday. He added that the country would support a short-term increase in supply, but wants better terms if the policy is to be extended through 2022.Oil’s blistering rally this year — WTI has gained 57% during 2021 — meant that ahead of last week’s meeting many Wall Street analysts expected the group to boost production in an effort to curb the spike in prices.”With no increase in production, the forthcoming growth in demand should see global energy markets tighten up at an even faster pace than anticipated,” analysts at TD Securities wrote in a note to clients.”This impasse will lead to a temporary and significantly larger-than-anticipated deficit, which should fuel even higher prices for the time being. The summer breakout in oil prices is set to gather steam at a fast clip,” the firm added.— CNBC’s Sam Meredith contributed reporting.Enjoyed this article?For exclusive stock picks, investment ideas and CNBC global livestreamSign up for CNBC ProStart your free trial now