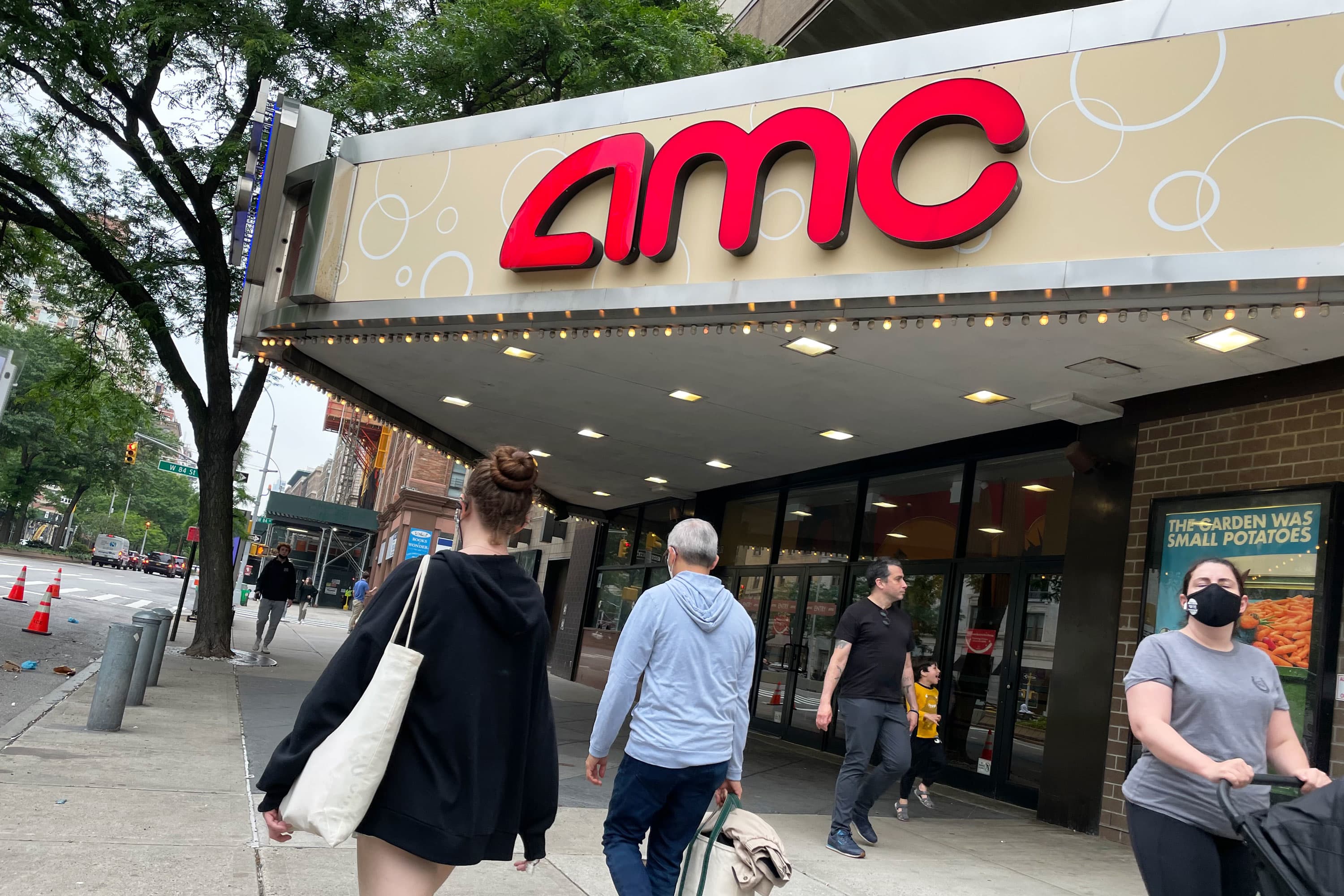 Pedestrians pass in front of an AMC theater in New York.Scott Mlyn | CNBCAMC Entertainment said Tuesday that it has tabled a proposal that would have asked its shareholders to allow the movie theater chain to issue up to 25 million more shares.In a filing with the Securities and Exchange Commission, the company said the proposal has been withdrawn from an agenda for its upcoming annual meeting of stockholders.AMC shares jumped more than 5% in early trading on the news.Chief Executive Officer Adam Aron also announced the news on Twitter, saying: “It’s no secret I think shareholders should authorize 25 million more AMC shares. But what YOU think is important to us. Many yes, many no. AMC does not want to proceed with such a split.”In recent weeks, the company has been caught up in a trading frenzy among retail investors that use platforms like Reddit to boost their stock picks. That has driven AMC shares up more than 2,350% year to date. The company’s market cap has ballooned to more than $26 billion.Previously, AMC had been looking to do more stock offerings to raise money to allow it to fund potential acquisitions, including buying ArcLight and Pacific theater locations that were shuttered during the Covid pandemic. It also said the funds could be used to pay down debt, reduce interest costs, or pay off millions in unpaid rent.In recent months, AMC had been using stock sales to raise fresh capital. Without these additional shares, Aron has said the company would not have avoided bankruptcy.AMC has navigated the coronavirus pandemic through fundraising efforts that have allowed it to continue to operate, albeit at limited capacity. Vaccination efforts, relaxed Covid restrictions and new movie releases are now helping to drive customers back.— CNBC’s Sarah Whitten contributed to this reporting.