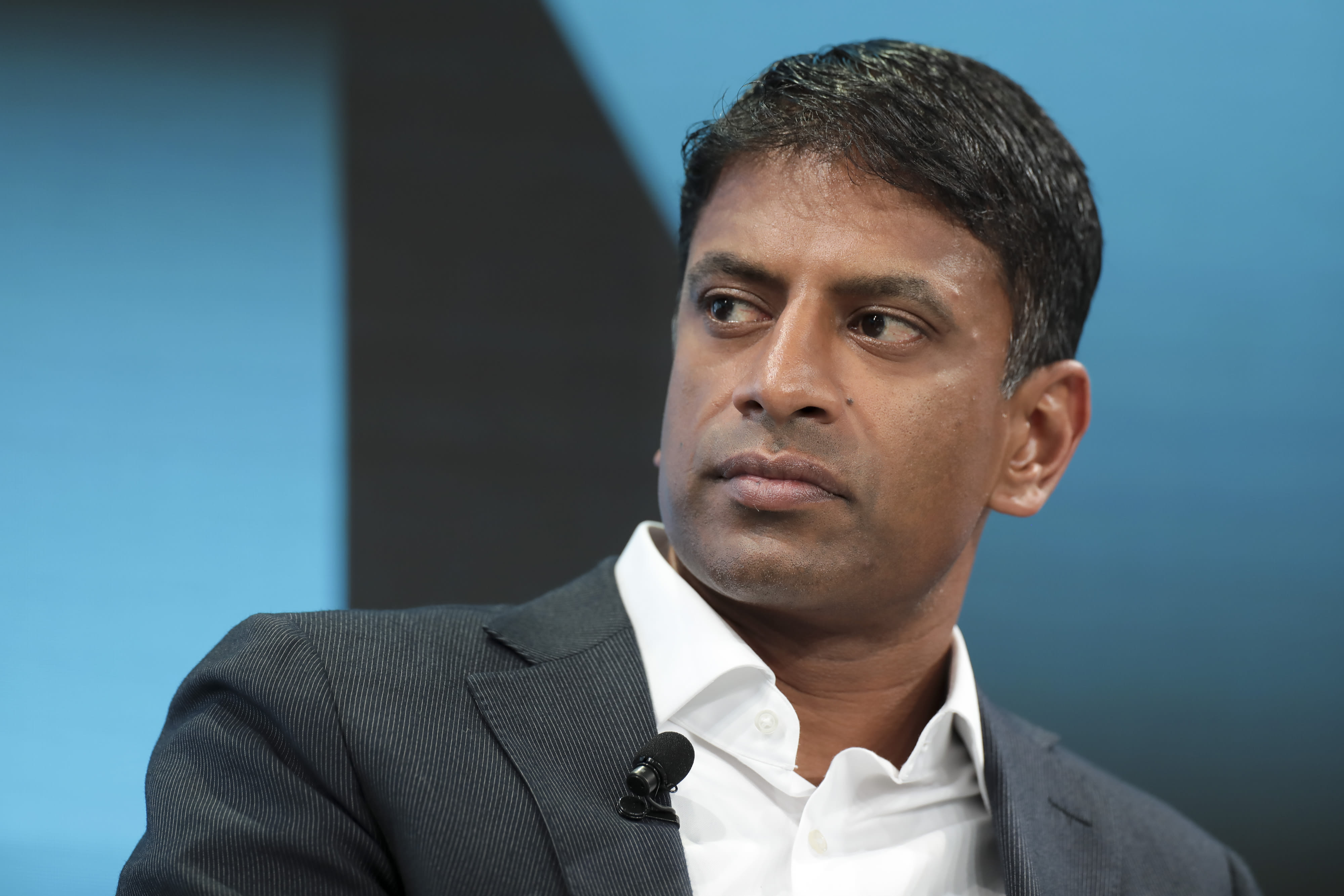 Vas Narasimhan, chief executive officer of Novartis AG, listens during a panel session on the opening day of the World Economic Forum (WEF) in Davos, Switzerland, on Tuesday, Jan. 22, 2019.

Novartis has said it knew of discrepancies in Zolgensma data it had submitted to the U.S. Food and Drug Administration before it won approval for the world’s most expensive medicine in May, but delayed informing regulators until June 28 while it completed an internal investigation.

While the FDA has concluded Zolgensma is safe and effective and should remain on the market, the U.S. drug watchdog raised questions about the timing of Novartis’s disclosure. U.S. senators have also demanded the Swiss drugmaker explain why it took so long to inform the agency.

Novartis could face possible civil or criminal penalties, the FDA has said. Zolgensma treats spinal muscular atrophy, the leading genetic cause of death in infants.

“We are making a voluntary commitment to notify the FDA within five business days of receipt by our quality (control) organisation of any credible allegation related to data integrity impacting any pending application in the Novartis Group,” Narasimhan said at an investor event, adding Novartis will take a similar approach in other jurisdictions.

Novartis said it gave “detailed explanations” on Aug. 23 to the FDA about the company’s investigation into the data manipulation, and addressed regulators’ questions over why the company waited until late June to make disclosures.

The company has said it has “exited” scientists it identified in its data manipulation probe. One of those scientists, Brian Kaspar, through his lawyer, has denied wrongdoing.

During Monday’s investor event on corporate governance, Narasimhan said the Basel-based company has countless instances where its employees must use judgement about how to manage potential problems that crop up with its drugs, but that the tumult surrounding Zolgensma prompted it to change its practices.

“What we realised through this situation is, during a filing, it’s difficult for us to exercise that judgement without it being later considered maybe not the best judgement,” Narasimhan said. “So we’re just taking judgement out of that equation” with the new five-day rule.