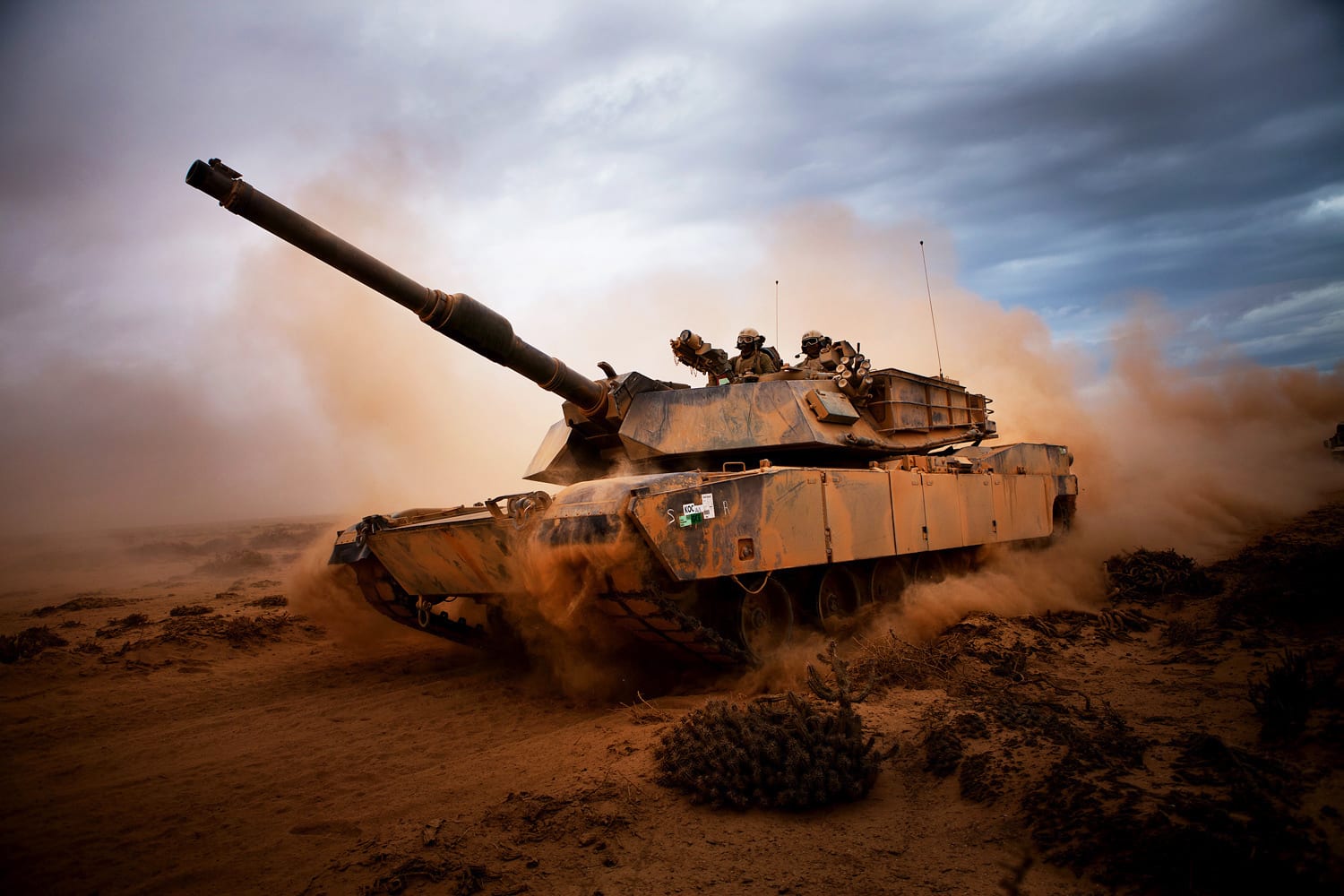 Marines from 4th Tank Battalion, Twentynine Palms, Calif., roll down a dirt road on their M1A1 Abrams Main Battle Tank during a day of training.

Whether or not a recession is just around the corner is a hotly debated topic among U.S. stock market investors, especially as the trade war with China drags on and some economic indicators flash warning signs.

Kostin’s recommendation comes as a response to the decline in the ISM manufacturing index, which last week fell below 50 points for the first time in three years. A reading below 50 indicates a contraction. While some may raise concern about the drop, Kostin called the index “an inconsistent predictor of US recessions.” But Kostin noted that, when a recession didn’t occur following the ISM dropping below 50, aerospace and defense stocks outpaced the growth of the S&P 500 in the six months after.

So in other words, when economic conditions deteriorate but ultimately do not lead to a recession, the stock market typically does well in this period with defensive-type stocks outperforming. The S&P 500 has historically gained 22% in the six months following an ISM contraction that doesn’t lead to a recession. And Aerospace/defense stocks do even better, gaining an additional 2.5% during the same period, Goldman found.

“During the past 10 years, Aerospace & Defense has been least sensitive to US and global economic growth across Industrials subsectors,” Kostin said.

The firm pointed out that the three S&P 500 aerospace and defense companies “with the lowest reported sales to Asia Pacific” are TransDigm, Huntington Ingalls and Northrop Grumman.

“Our economists expect that a US recession is unlikely during the next two years,” Kostin said.

Beyond Meat stock briefly trades above $200 after soaring 18%