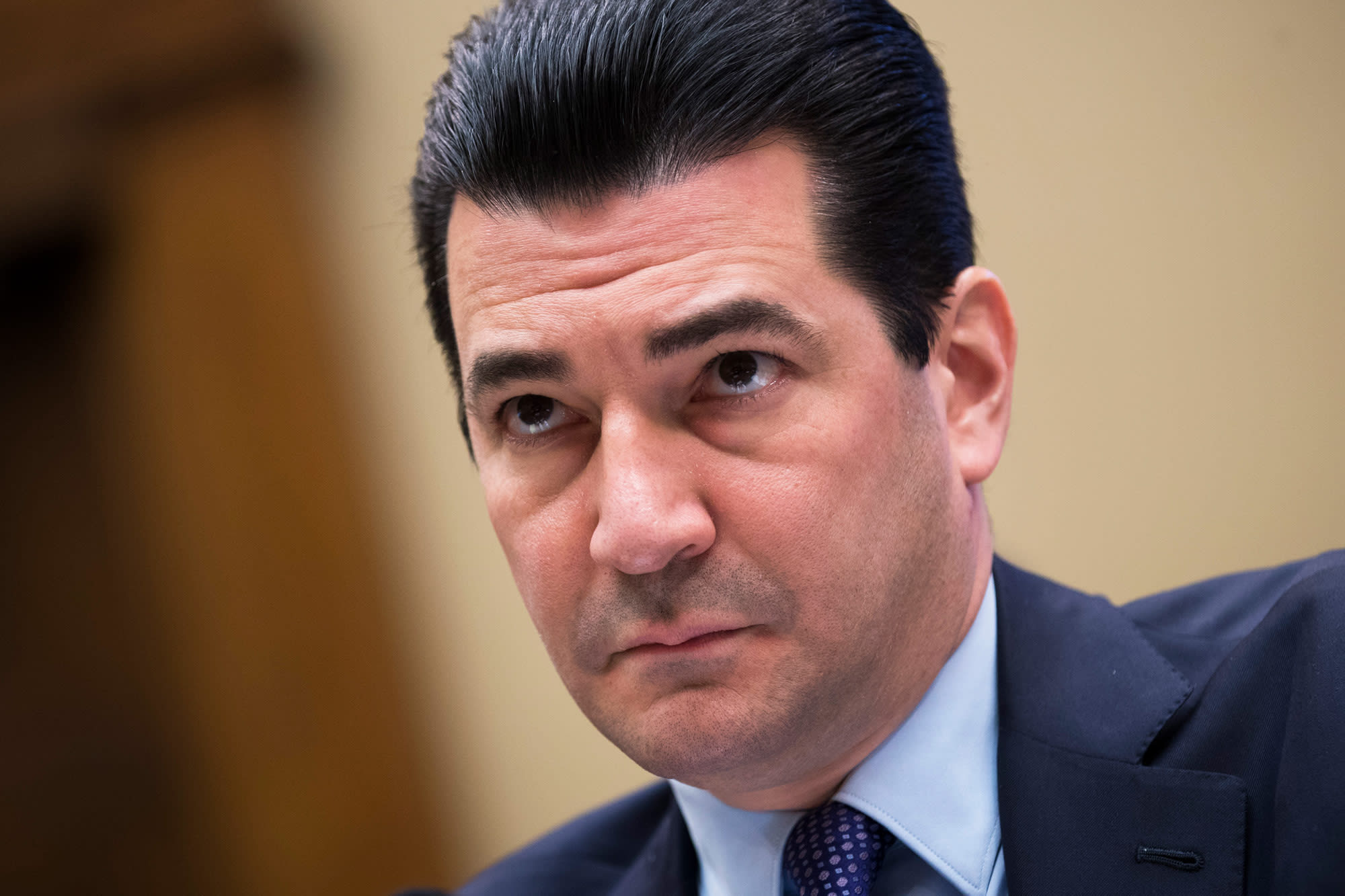 Most of the patients reported vaping both nicotine and THC, the marijuana compound that creates a high. Though some reported only using nicotine.

“People who are vaping nicotine and having these reactions probably are vaping illegal products that are counterfeit,” said Dr. Gottlieb, who early in his career completed a residency in internal medicine.

“We have to have a federal reckoning here,” Gottlieb said in a “Squawk Box” interview. The states allowing recreational use of cannabis “don’t have a FDA, they don’t have proper overnight, so these illegal vapes are getting on to the market.”

Health officials are warning people not to use e-cigarettes because the exact cause of any link between vaping and the lung condition remains unknown.

Gottlieb, a health advocate and also a Pfizer board member, said the current belief is the illnesses are linked to illegal vapes containing vitamin E oil — used as an emulsifying agent and dangerous when inhaled.

On Friday, the FDA said many of the samples tested by the states or by the agency as part of their investigations contain THC. Most of those samples with THC also contained significant amounts of Vitamin E.

“Consumers are urged to avoid buying vaping products on the street, and to refrain from using THC oil or modifying [or] adding any substances to products purchased in stores,” the FDA said in a statement.

Some states allow these products to be sold, but they’re not regulated by the Food and Drug Administration since they’re not nicotine vaping products derived from tobacco.

“These are falling within a regulatory gap,” said Gottlieb, allowing the black market to boom with poor quality products.