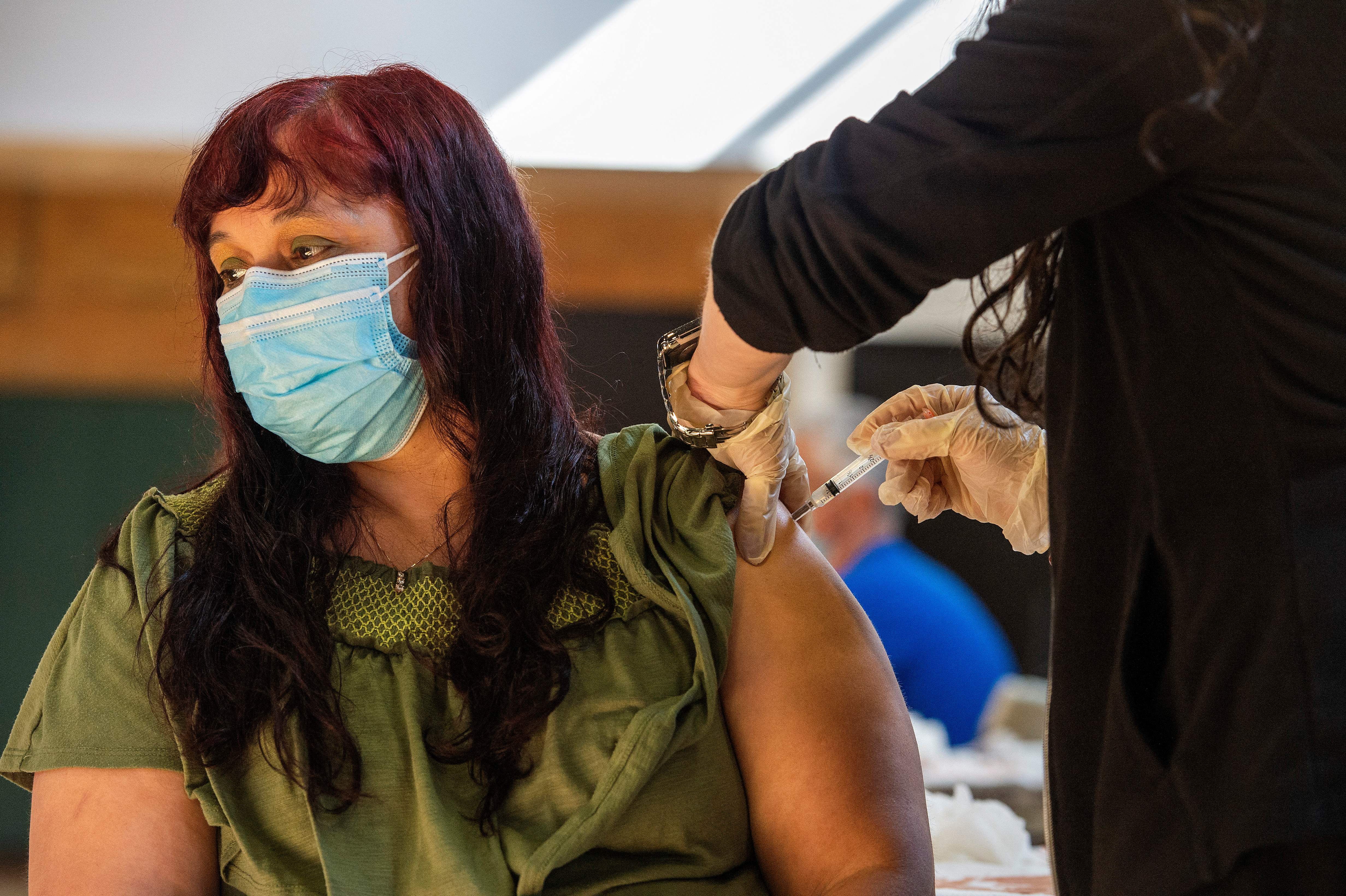 Nine states now have 70% of adult residents with at least one vaccine shot, Centers for Disease Control and Prevention data published Sunday shows, as nationwide Covid case and death counts fell further.The seven-day average of new infections is about 25,300 per day as of Sunday, according to data compiled by Johns Hopkins University, down 24% from a week ago. The country’s daily death toll, which is currently at nearly 550 per day, is also declining.U.S. share of the population vaccinatedAbout 49% of the U.S. population has had at least one shot, according to the CDC, with 39% fully vaccinated.Of people ages 18 and older nationwide, 61% are at least partially vaccinated. President Joe Biden’s goal is to get that number to 70% by July 4.Vaccination progress varies across the country. On Sunday, New Mexico became the ninth state to report that 70% of adult residents have had at least one shot, joining Vermont, Hawaii, New Hampshire, Massachusetts, Connecticut, Maine, New Jersey and Rhode Island.That figure is below 50% in 10 states, including Mississippi, Louisiana, Alabama and Wyoming, which are all under 47%.U.S. vaccine shots administeredData from the CDC shows the U.S. is reporting an average of 1.8 million vaccinations per day over the past week.The White House’s partnership with ride-hailing companies Uber and Lyft begins Monday. Through the partnership, users can hail free rides to and from vaccination sites.U.S. Covid casesWith about 13,000 cases reported on Sunday, the seven-day average of daily new infections in the country dropped to 25,270.The seven-day average is down 24% compared with one week ago.A CNBC analysis of Hopkins data shows that average case counts have declined by at least 5% in 41 states and the District of Columbia over the past week.U.S. Covid deathsThe U.S. is seeing an average of 546 Covid deaths per day over the last week, according to Hopkins data, the lowest since July 2020.The U.S. counts more than 589,000 Covid deaths since the start of the pandemic.

This $68 billion Australian city wants to become the next Silicon Valley
India isn’t the only one. Covid cases are rising at record levels in these places too
To Top
error: Content is protected !!