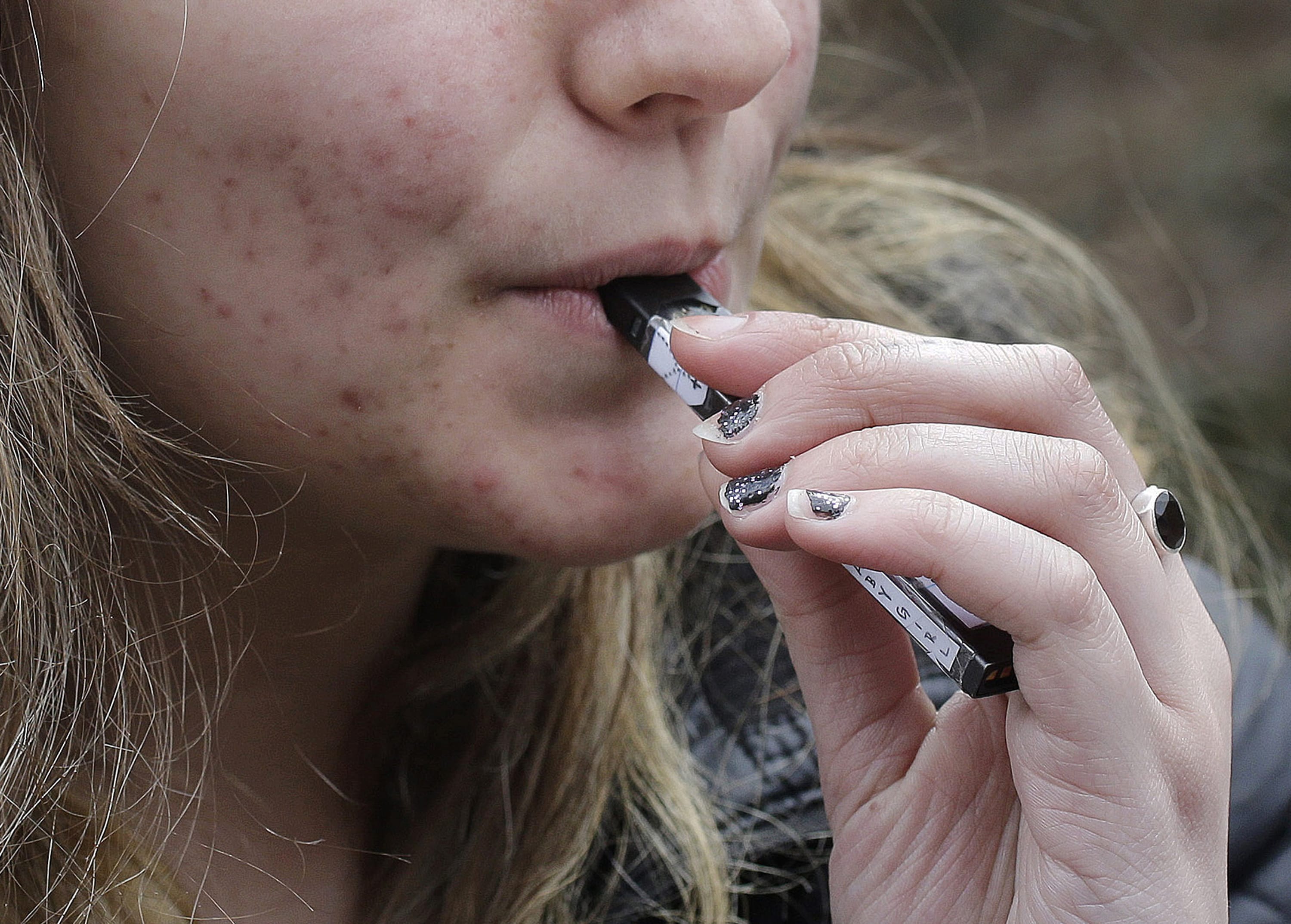 Pediatrician Dr. Oxiris Barbot is New York City’s health commissioner. Barbot previously served as medical director for New York City’s schools and Baltimore’s health commissioner from 2010 to 2014. She was also the chief of pediatrics and community medicine at a health clinic in Washington, D.C.As a pediatrician, the beginning of the school year makes me think about both the exciting opportunities for children ahead and the health challenges they face. Guarding against unhealthy choices can be especially fraught for middle-school students, as they navigate new independence and friendships.For today’s middle-school students, that now includes the threat of nicotine addiction — and new Health Department data released this week reveals the extent of this threat. We are contending with an escalating public health crisis.In New York City last year, about 13,000, or 1 in 15, middle-school students reported that they currently use electronic cigarettes. The numbers also rose considerably by grade: 2.6% of 6th graders use e-cigarettes versus 8.4% of 8th graders.Meanwhile, e-cigarettes are eroding historical gains in reducing the number of children potentially addicted to nicotine. Seventh graders were nine times more likely to use e-cigarettes than conventional cigarettes, while their 8th grade schoolmates were 6 times as likely to use e-cigarettes.One of the many alarming things about these numbers is that e-cigarettes only became popular less than a decade ago. I have seen firsthand the dangers of nicotine use for young people. Part of my counseling as a pediatrician for parents and youth was educating them about the dangers of tobacco and nicotine.Nicotine is a highly addictive substance — found in almost all e-cigarettes — and can change the chemistry of the teen brain, worsening memory and concentration for young people. In addition, the aerosol from e-cigarettes can contain cancer-causing chemicals such as formaldehyde and benzene; diacetyl, a chemical linked to serious lung disease; and heavy metals, including nickel, tin and lead.The new data on youth vaping in New York City also coincides with alarming news from across the country of more than 380 probable or confirmed cases of severe lung illness associated with vaping, including six deaths.The Trump administration supports a ban on the sale of most flavored e-cigarettes. I hope President Donald Trump’s words will match his actions. The federal government must act in order to protect thousands of children across the country. Although the details and exact cause of this illness are still being investigated by the Centers for Disease Control and Prevention, these cases highlight how much remains unknown about potential health impacts of vaping. Regardless, none of these products are safe for our youth.Yet the tobacco industry is still raising hundreds of millions of dollars to increase sales in products that represent the future of nicotine addiction. The Marlboro maker, Altria Group, invested $12.8 billion in the e-cigarette giant, Juul Labs, for a 35% stake in the company last year. Juul Labs raised $325 million just last month to expand its reach.In a two-day hearing this summer, Congress and the FDA slammed Juul for its role in driving the youth vaping epidemic. The investigative hearing detailed what has long been reported, that Juul infiltrated schools, summer camps and youth programs — its products are becoming a part of the childhood experience for American youth.Juul has since pulled many of its flavored products out of retail stores, but that is only leading to copycat products. The latest threat is “Juul-alikes,” which are compatible with Juul devices and come in candy and fruity flavors that appeal to kids — pina colada, cinnamon roll and strawberry donuts, to name a few.We’ve seen this before. Tobacco companies will choose money over health every time.Big Tobacco deployed nefarious tactics to promote menthol use in black neighborhoods; they lowered the price of these cigarettes in those communities and even handed them out for free. They poured millions into advertising. These strategies worked — currently more than 85% of black Americans who smoke choose menthol cigarettes, compared with fewer than 5% in the 1950s.Today, smoking remains a leading cause of death in New York City; about 12,000 New Yorkers die from smoking-related causes each year.We cannot allow Big Tobacco to do the same damage to young people with e-cigarettes.As the City’s doctor, my advice to parents and young people is to stop using vaping products and learn more about the health risks of vaping. The popularity of e-cigarettes has risen extremely quickly, and we are only beginning to understand the full extent of the dangers. The CDC and Health Department websites have helpful resources, including fact sheets for both youth and parents, and information on the dangers of flavored tobacco and vaping products.We have concrete evidence that youth vaping is a frightening reality — even for children as young as 11. I urge everyone to use our data to advocate against Big Tobacco and call on your elected officials to act. The legislation before the New York City Council to ban the sale of flavored e-cigarettes that target youth is an important step in the right direction. We must put the health of our children first.