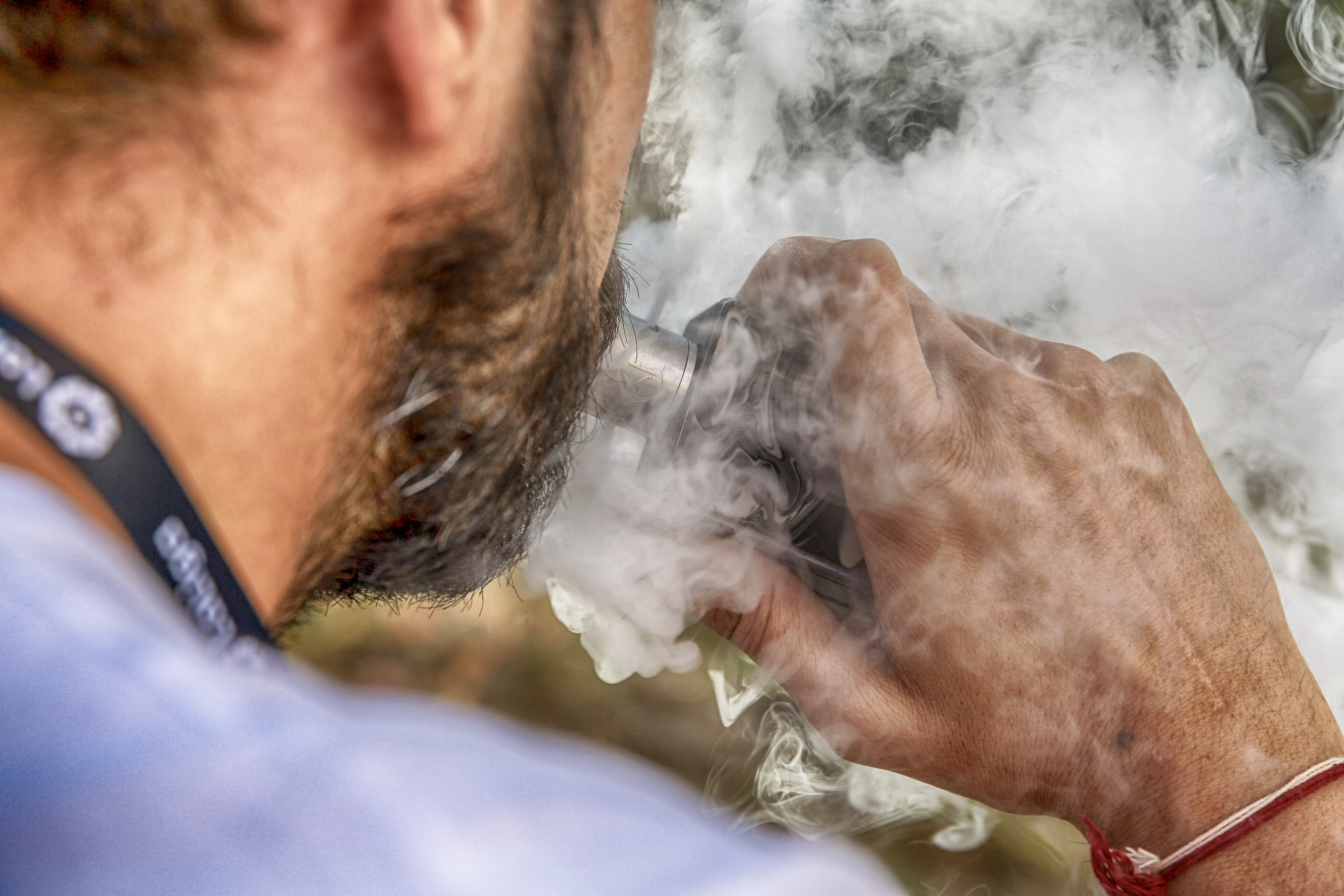 A man vaping an e-cigarette on September 06, 2019 in Madrid, Spain. (Photo by Ricardo Rubio/Europa Press via Getty Images)Ricardo Rubio | Europa Press | Getty ImagesConnecticut state public health officials joined the call for consumers to stop using electronic cigarettes after six more people in the last week have fallen ill with a serious respiratory disease linked to vaping, bringing the total number of residents hospitalized to 11.”Connecticut residents should consider not using e-cigarette products, at least for now, while we and our counterparts in other states and the federal government look into what is causing these severe respiratory symptoms,” Renee D. Coleman-Mitchell, commissioner of the state Department of Public Health, said Thursday.Connecticut health officials say the first five patients fell ill in July and August, with the first case reported to the state on Aug. 14. The 11 patients range in age from 15 to 50, and most have been discharged from the hospital. State officials have previously said the patients reported using e-cigarettes or vaping products containing THC, the psychoactive ingredient in marijuana, or a combination of both.Their symptoms included inflamed lungs, shortness of breath, chest pain, nausea, vomiting, diarrhea and fever. Many of the patients required intensive care, the state said.”The exact cause of these illnesses has not yet been identified, but we have seen patients suffer from severe infections, and there have been fatalities in a number of states. This is a serious public health concern,” said Coleman-Mitchell.Connecticut’s Department of Public Health is one of dozens of agencies across the country working with the federal Centers for Disease Control and Prevention in Atlanta to identify the chemical combinations that when vaped are inflaming users’ lungs and making them sick.The CDC said it’s homed in on the 380 likely or confirmed cases related to vaping which are spread out over 36 states and the U.S. Virgin Islands.The patients are generally young and otherwise healthy people, CDC officials said.In Illinois and Wisconsin, the median age of the first 53 patients was 19, and most reported having used both THC and nicotine-based vaping products. The officials said it’s not clear whether this is a new, or newly recognized, phenomenon, though the pace of the cases began to pick up this past spring.While no one substance has been identified as the culprit, many samples showed high levels of vitamin E acetate, the Food and Drug Administration said in a consumer alert last week.Vitamin E is typically used as a food supplement or added to skincare products. But people are adding the oil and other substances to cannabis products used in vaping.When heated and inhaled, vitamin E can coat lungs and lead to an illness which doctors say resembles lipoid pneumonia — a specific type of pneumonia that occurs when oil enters the lungs.Health officials are urging people to avoid using e-cigarettes and THC vaping products amid the outbreak.