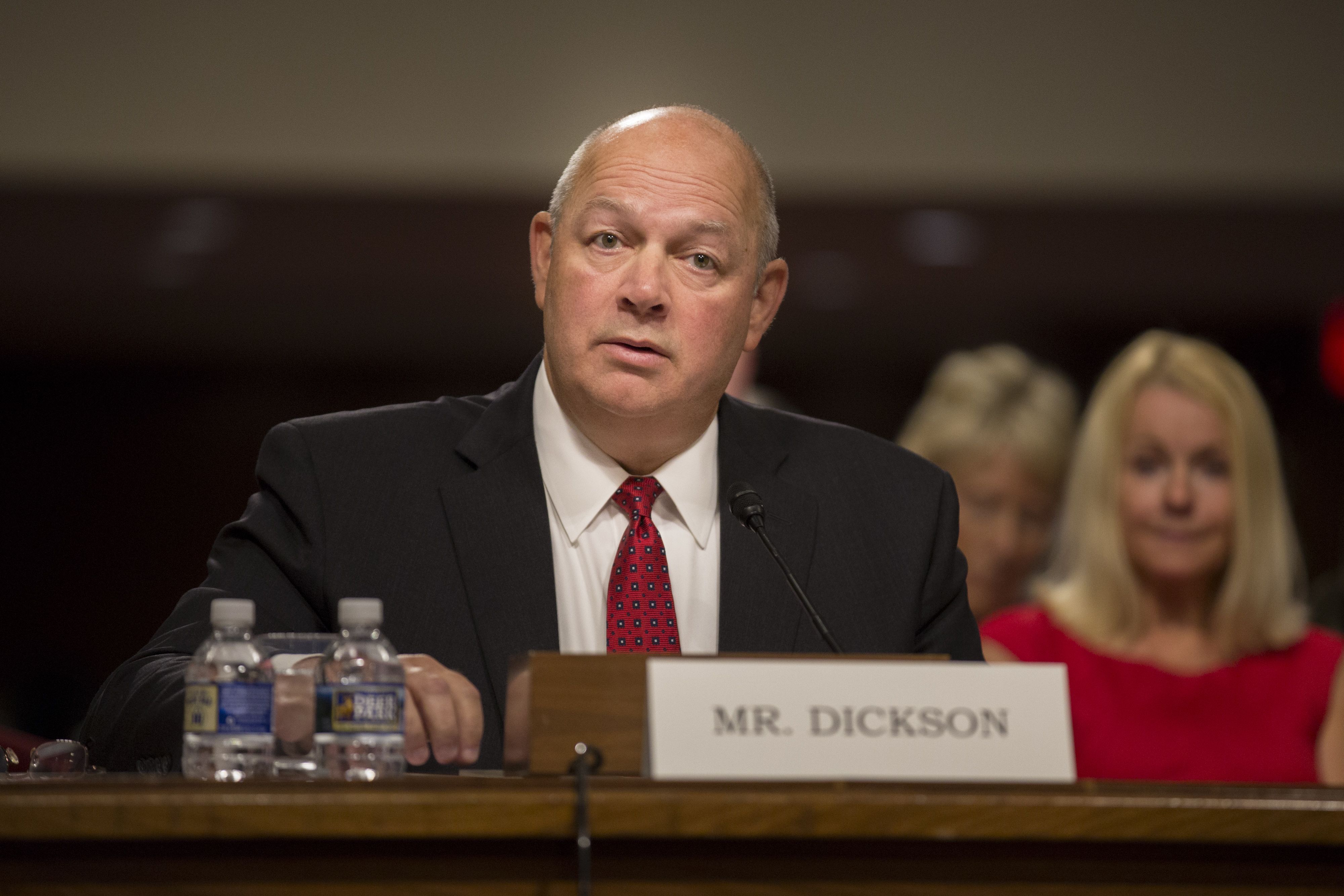 President Donald Trump’s pick to lead the Federal Aviation Administration was confirmed by the Senate on Wednesday, a vote that hands the former Delta Air Lines executive the reins of an agency in turmoil after two fatal Boeing 737 Max crashes.

Democratic lawmakers had opposed the nomination of Stephen Dickson, Delta’s former senior vice president of flight operations, citing a lawsuit brought by a Delta pilot who accused the airline of retaliating against her for flagging safety concerns during Dickson’s tenure. Delta said it does not tolerate retaliation against employees who raise those concerns.

The FAA hasn’t had a permanent chief since January 2018 and interim head Daniel Elwell has been at the helm during two crashes of Boeing passenger planes — one in Indonesia and another in Ethiopia — that killed all 346 people aboard the flights.

Senate voted 52-40 to confirm Dickson as administrator of an agency that will determine when to lift the 737 Max grounding, now in its fifth month. Boeing shares slipped close to 3% on Wednesday after its executives warned investors that it could suspend production of the jets altogether if the grounding drags on longer than expected.

Dickson will have to navigate numerous investigations and increased scrutiny of the FAA’s certification process, and its approval of the planes in 2017. The use of Boeing employees in the certification process, a longstanding practice, has raised concerns among lawmakers and others that the regulator and a company it oversees were too close.

Crash investigators have implicated new, automated flight-control software that repeatedly pushed down the nose of both of the Boeing planes repeatedly as they took their fatal dives. Some pilots said they didn’t know the systems existed until after the first crash.

The FAA also drew scrutiny as the last major aviation authority to order airlines to ground the planes after the second crash, a sharp shift from the agency’s usual lead role in air safety issues, like the grounding of Boeing’s 787s due to battery fires in 2013.

Dickson worked for Delta for nearly three decades and retired last year. He is a former airline captain and a former F-15 fighter pilot.

Dickson will have to divest his Delta stock before he is sworn in, according to the Department of Transportation.