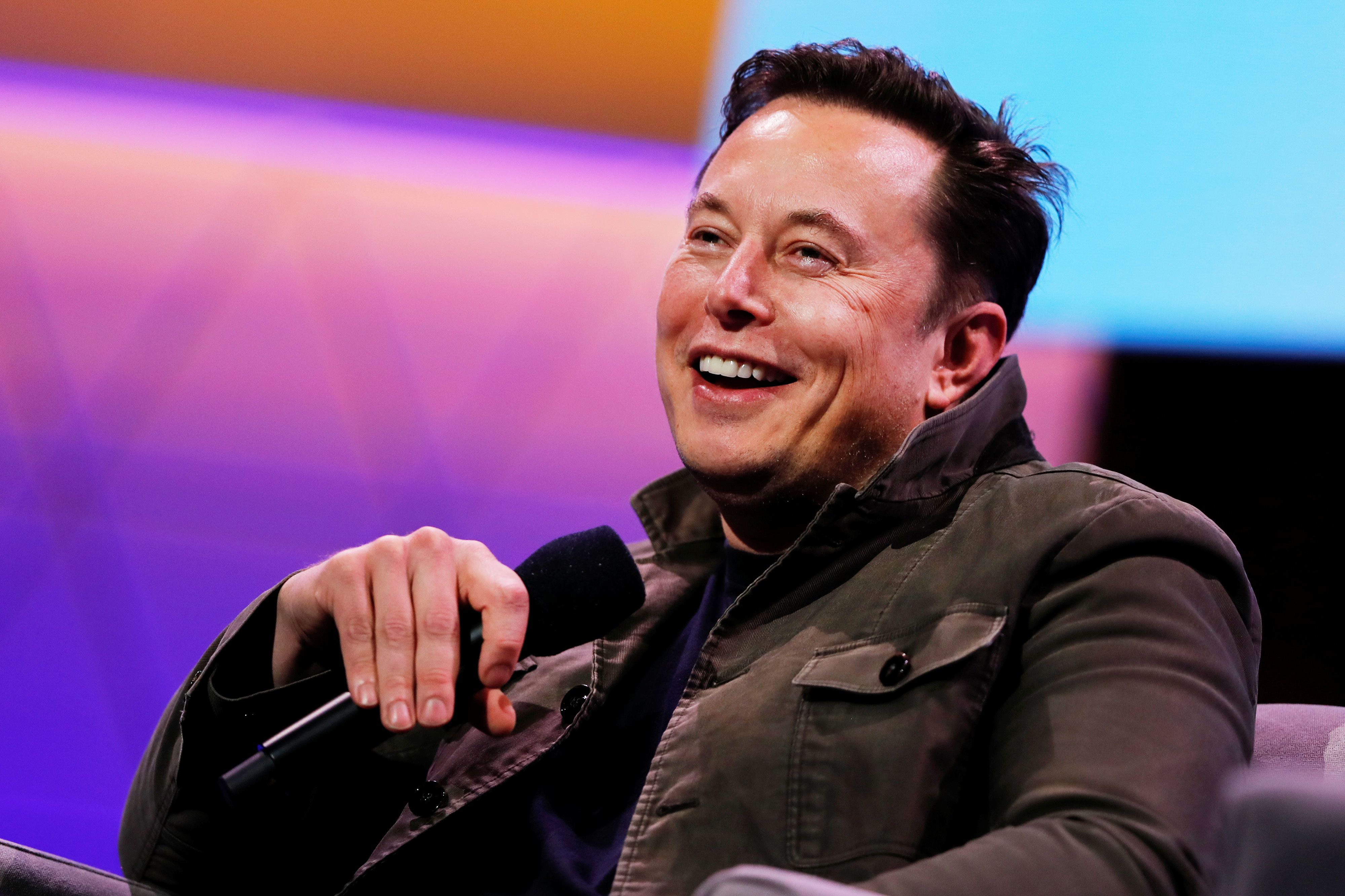 SpaceX owner and Tesla CEO Elon Musk reacts during a conversation at the E3 gaming convention in Los Angeles, June 13, 2019.

Elon Musk started summer 2019 with a bang. In June, Tesla’s CEO promised that he’d delete the Twitter account, , and he mistook the moon for Mars in a tweet. That came after he settled SEC allegations and agreed not to tweet ever again about Tesla’s finances, production numbers or any other information of material significance to the company’s shares without a lawyer’s prior approval.

By now Musk’s shenanigans are to be expected.

Last year he tweeted that he had “funding secured” to take the company private. The resulting controversy temporarily lopped $20 billion off the company’s value and forced him to step down as chairman for three years. Among other antics and emotional responses not typical for a CEO: He’s shut down analysts on earnings calls as “boring,” smoked pot on a podcast and choked up in interviews.

But Musk also has shown some signs of growing up. He eventually apologized to the analyst whose questions he called “bonehead.” And on the company’s last earnings calls, Musk seemed to have come to terms with the fact that he alone will never be able to keep complete control over Tesla’s stock price. In a notable twist, he went from referring to himself as experiencing “great highs and terrible lows” and possibly being bipolar — “Yeah. Maybe not medically tho. Dunno,” he once tweeted — to putting that designation on the stock instead:

“I think this feels like the sort of price of the stock is being set in kind of a manic-depressive way. And I think Warren Buffett’s analogy is just like perhaps being a publicly traded company is like having someone stand at the edge of your home and then just randomly yell different prices for your house every day. It’s still the same house.”

The end of the button-down CEO

As Tesla gets ready to report its earnings after the close on Wednesday, Musk continues to defy the odds in business and keep his iconic status among investors and the public. He’s a cult hero inventor. A serial entrepreneur who founded PayPal, SpaceX and Tesla. His latest, the brain-computer start-up Neuralink, seeks to be a game changer: Musk said it seeks to cure brain diseases “and ultimately help secure humanity’s future as a civilization relative to AI.”‘

In a lineup of button-down CEOs, Musk still stands out, prompting fans to reach for stellar comparisons.

Peter Harms, a management professor at the University of Alabama, compares Musk to Leonardo da Vinci. Like da Vinci, Harms said Musk has “enormous ideas”: a hip plug-in car, the world’s first reusable orbital rocket, colonizing Mars — oh, and did we mention the Hyperloop? And like the Renaissance Man, Musk sometimes has trouble translating his blueprints into reality.

Supporters say Musk’s ability to focus on what he wants and his inability to pull punches are among his strengths.

“I think he’s shown consistently that he’s not tethered to the status quo. I think we’ve seen clear examples,” said Gregory Shill, an associate professor who teaches business law and corporate governance at the University of Iowa’s law school.

In a post on Quora, serial entrepreneur Steve Kirsch, who invented the optical mouse, attributed Musk’s success to 14 key strengths, including intellectual curiosity, working like a dog, and hiring only people who can prove through their accomplishments that they are in the top 1%.

Musk’s drive pays off in influence. “I genuinely don’t think that companies like GM would have leaned in on electric cars if it wasn’t for the innovations they had brought,” David Friedman, vice president of advocacy for Consumer Reports, said of Tesla.

With a company like Tesla that’s experiencing such growth, if you miss delivery estimates by one month, is that really going to matter? I think no.

Yet Tesla has no shortage of critics, even among Wall Street firms that have long been bullish on Tesla shares. In May, Morgan Stanley predicted that in a worst-case scenario a shocking $10 price tag for Tesla stock (versus the current price of around $260) was possible. Wedbush analyst Daniel Ives said Tesla was facing a “code red” situation and questioned its ability to sell enough cars to make a profit. The stock has been as high as $387 in the past 52-week period and as low as $176.

Into earnings, delivery numbers and a sustained path to profitability are key. Recent delivery numbers show that, for now, Musk still seems to be able to convince investors, and drivers, to believe in the car he is selling. Tesla, which has a $46 billion market cap, earlier this month cut the price of the Model 3, but it also reported a record number of quarterly deliveries leading its stock to surge more than 10% and convincing even skeptics like Barclays to revise loss estimates ahead of Tesla’s earnings after the close on Wednesday.

Closely held SpaceX has been steadily raising funding for a rocket to one day transport people to Mars and an internet satellite network and is now valued at $33.3 billion, CNBC recently reported.

A grown-up in the room

It is often said in tech that innovators mature or bring in grown-ups at some point. Google’s founders hired Eric Schmidt; Facebook has Sheryl Sandberg. Steve Jobs was pushed out of Apple after building the first Mac, but came back years later, still caustic at times, but having matured to lead the company into its greater second act.

Tesla’s appointment of existing board member Robyn Denholm to the position of company chair was not viewed as being a complete concession by Musk to bringing in an independent voice to complement his. But Musk, for all his flaws, may prove that growing up according to the instructions of some MBA program checklist is not always the best advice.

Investors, even Tesla’s biggest, do not seem sure what the future will hold.

Tesla’s second-largest shareholder after Musk himself, fund management firm Baillie Gifford, recently told Barron’s it was prepared for a Tesla with Musk no longer in the CEO position. “We wouldn’t be against him having a different role,” said James Anderson, head of global equities for Baillie Gifford. “I don’t think he needs to be CEO.”

Musk could not be reached for comment after several requests to Tesla and SpaceX. But last year in an interview he offered some insight into what drives him: “There need to be things that inspire you, that make you glad to wake up in the morning and be part of humanity.”

Those who look under the hood warn that there’s reason to be wary of the company, if resigned to Musk remaining Musk.

Ian Beavis, chief strategy officer at AMCI Global, the automotive marketing agency, said one problem is that Tesla doesn’t have any major launches this year.

Much of Tesla’s profits are coming from other automakers buying regulatory credits to encourage the manufacture of zero-emission vehicles, said David Kiley, director of New Roads Media, which covers the auto industry. “Tesla is actually selling electric cars for companies that can’t or choose not to sell their own.”

Musk’s supporters brush aside concerns by noting that the company has ambitious plans to expand into driverless cars, China, pick-up trucks and robotaxis.

Tasha Keeney of Ark Investors, one of Tesla’s biggest shareholders, said Musk is a visionary whose occasional bluster is to be dismissed, as is a short-term focus on quarterly numbers. “With a company like Tesla that’s experiencing such growth, if you miss delivery estimates by one month, is that really going to matter?” she said. “I think no.”

Some auto experts still think another grown-up in the room would be a positive to counter Musk’s worst instincts. For instance, he could pull in Alan Mulally, the former Ford CEO, to be his COO, said Karl Brauer, publisher of Autotrader and Kelley Blue Book.

Baillie Gifford’s Anderson did not seem to think such an extreme status quo move was required. He told Barron’s, “I went to see Tesla and met with the new chair. You can imagine we discussed this. It was plain to me that Tesla needed to strengthen some of the other voices on the board and encourage a greater degree of understanding on the part of Mr. Musk about his responsibilities. The new chairman made it clear she regards him as a good chief executive,” he said.

Anderson added that the new Tesla CFO, Zach Kirkhorn, who took over for longtime Musk confidante Deepak Ahuja, was “young” but had a relationship in which he was allowed “to tell Musk things.”

Whatever Musk does next, he needs to do it quickly. For years he has had the electric-car market to himself. But as everyone from Volkswagen to Toyota eyes the market, that will soon no longer be the case.

—By Todd Wasserman, special to CNBC.com