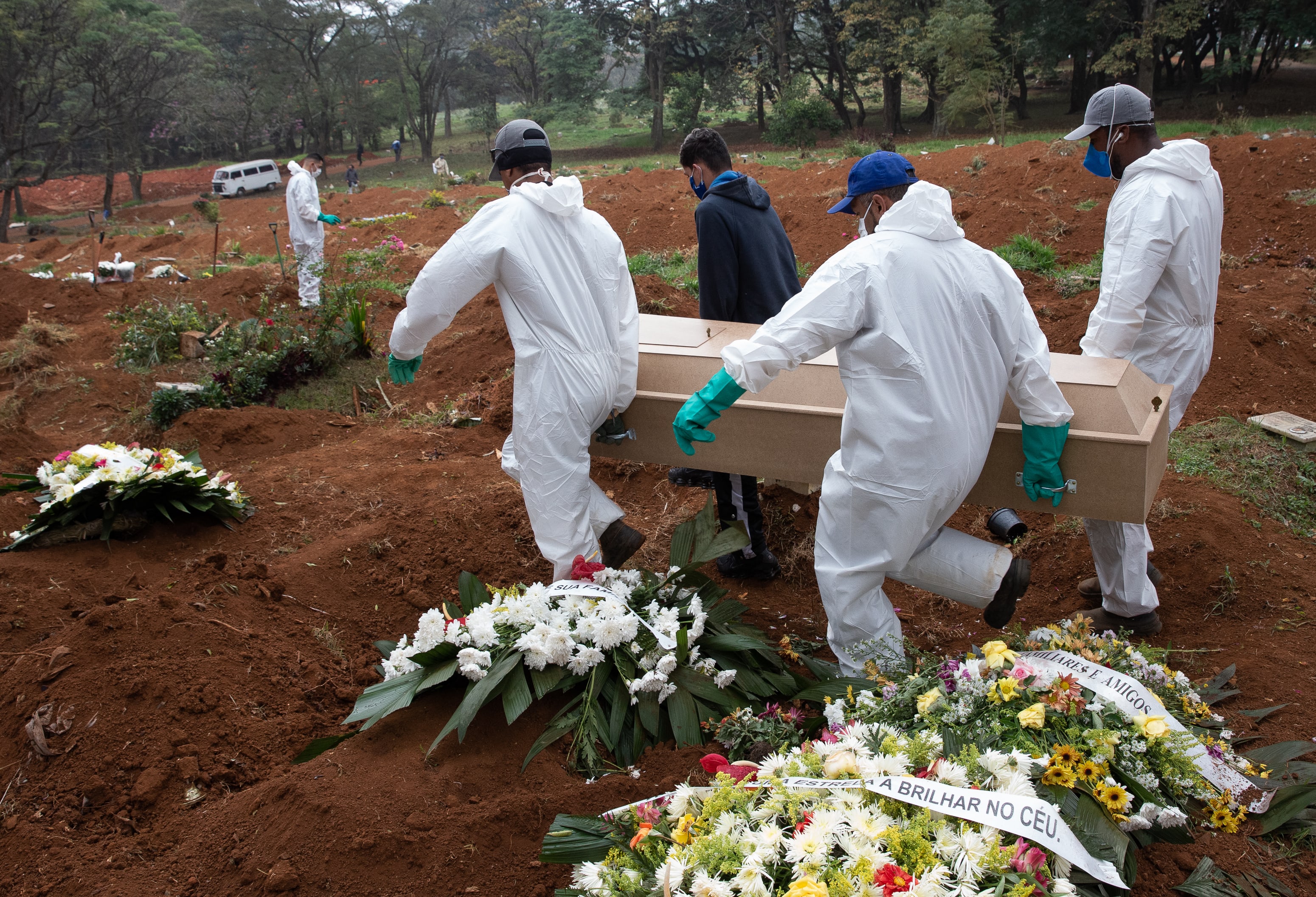 Adenilson Souza Costa, 47 years, and his coworkers wearing protective gear carry a coffin at Vila Formosa Cemetery amidst the coronavirus (COVID-19) pandemic on May 18, 2020 in Sao Paulo, Brazil.Alexandre Schneider | Getty ImagesThe coronavirus has now killed more than 500,000 people around the world as the number of confirmed infections exceeded 10 million, according to data compiled by Johns Hopkins University. The United States accounts for more than 20% of all reported deaths caused by Covid-19, more than any other country in the world, according to Hopkins’ data, followed by Brazil, the U.K., Italy and France. However, country-to-country comparisons of the death toll are difficult due to differences in reporting methods.Earlier this month, the World Health Organization warned the pandemic is accelerating on a global level, adding that the outbreak has entered a “new and dangerous phase.” “Many people are understandably fed up with being at home. Countries are understandably eager to open up their societies and economies. But the virus is still spreading fast. It is still deadly and most people are still susceptible,” WHO Director-General Tedros Adhanom Ghebreyesus said on June 19.The Covid-19 death toll surpassed 400,000 on June 8, according to data collected by the World Health Organization, and it surpassed 300,000 on May 16. There are still no drugs approved by the U.S. Food and Drug Administration to treat Covid-19. However, researchers have found some success in hastening recovery among patients with Gilead’s remdesivir. And earlier this month, researchers in the U.K. found that dexamethasone, a cheap and widely available steroid, cut the risk of death by a third for Covid-19 patients on ventilators, and by a fifth for those on supplemental oxygen. There are 16 vaccine candidates currently in clinical trials, according to the WHO. AstraZeneca’s potential vaccine, which is being developed in partnership with researchers from the Oxford University, is currently furthest along in development, WHO chief scientist Dr. Soumya Swaminathan said Friday at a virtual news briefing. She added that U.S. biotech company Moderna’s candidate is not far behind. The WHO also called on Friday for $27.9 billion in additional funding over the next 12 months toward the the ACT Accelerator, a public-private partnership that includes the WHO researching tools to combat Covid-19. The funding, WHO said, would help accelerate development of drugs and a vaccine, preventing further infections, deaths and economic disruption.The virus is still spreading rapidly in many countries in the Americas, Mike Ryan, executive director of the WHO’s emergencies program, said last week. “And as such, the journey for them is, unfortunately, the pandemic for many countries in the Americas has not peaked,” he said.