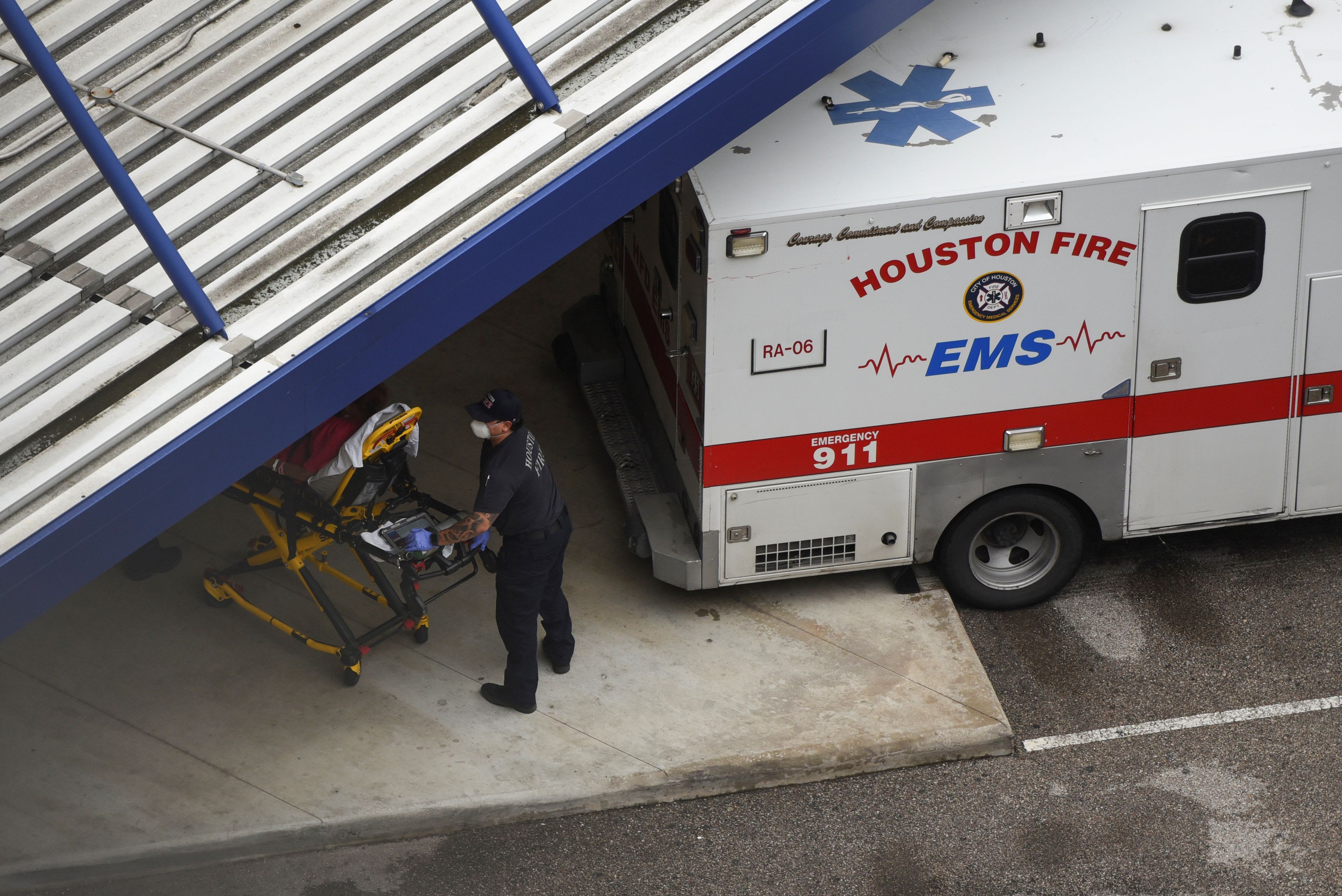 The CEO of a Houston-area hospital system told CNBC on Monday that Texas’ spike in coronavirus cases is impacting a greater number of people under 50 than earlier in the pandemic. “We are definitely seeing this affect young people, and they’re getting quite ill,” Houston Methodist CEO Dr. Marc Boom said on “Squawk Box.” “So we really need everybody to do their part.” About 60% of the Covid-19 patients currently in the eight-hospital system are under the age of 50, Boom said. “It has completely flipped” from the earlier stages of the crisis, when about 40% were under 50, he added.Previously, about 1 in 5 people in intensive care unit beds were under 50. Now, he said it is almost 1 in 3. Boom’s comments come as Texas and other states across the U.S. such as Arizona and California experience a growth in Covid-19 cases and hospitalizations. Harris County, Texas, which includes much of Houston, went to a red alert last week.Health officials have been warning that a larger number of young people are becoming sick, possibly as a result of going to bars and other similarly crowded venues that were able to reopen after strict business restrictions. Last week, in response to the increased cases, Gov. Greg Abbott in Texas and Gov. Ron DeSantis in Florida closed down bars in their respective states. California Gov. Gavin Newsom on Sunday took similar steps, shuttering bars in some of the state’s counties, including Los Angeles. Young people are considered to be at less risk of severe illness from Covid-19 compared with older adults and people who have underlying medical conditions. But while this recent resurgence of the virus appears to be hitting younger adults more significantly, health experts warn it could have broad consequences. “The concern is, though, that you had so much infection at a community level in these states now that it is going to eventually seep back into older populations that are more susceptible to the virus and you’re going to see death rates go back up,” Dr. Scott Gottlieb, a former Food and Drug Administration commissioner, told CNBC on Friday. Boom said another difference among Covid-19 patients at Houston Methodist’s hospitals is that fewer are needing to go to an ICU bed. “Even though we have about 200 more patients in-house, about double, we only have about three or four more people in the ICU, so that’s encouraging.”As of now, according to Boom, Houston Methodist has the necessary capacity to handle the Covid-19 outbreak, echoing similar comments Friday on CNBC from Dr. David Callender, CEO of Memorial Hermann Health System in Houston. However, the virus has not yet been contained in the Houston area, Boom stressed, saying it is “spreading rapidly.”  “We’re OK right now for space. But of course, we need to get this virus under control or that can’t go on forever, obviously,” he said. Disclosure: Scott Gottlieb is a CNBC contributor and is a member of the boards of Pfizer, genetic-testing start-up Tempus and biotech company Illumina.

More than 500,000 people have died from coronavirus worldwide as infections continue to surge
China says its factory activity expanded in June but headwinds remain
To Top
error: Content is protected !!