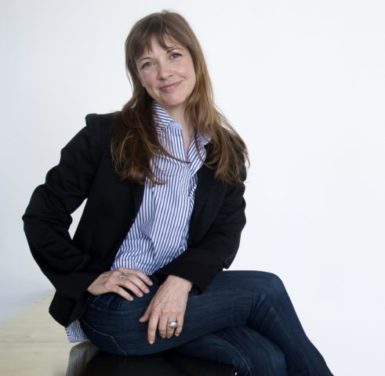 One of the most closely watched empty director’s seats in the art world has been filled.

Fowle, who’s currently director-at-large for Independent Curators International in New York, will start in September in the new position. She had been with Garage from 2013 until this past March.

“It’s an honor to take the helm of MoMA PS1 at this juncture in its rich history,” Fowle said in a statement to press. “I look forward to working with the team and board to create a generative environment where our outlook is transformed through artists and their perspectives on the world.”

Agnes Gund, MoMA PS1’s chair, who made headlines earlier this week for coming out in favor of a wealth tax, said in a statement, “Kate is the perfect person to direct this vibrant institution and continue MoMA PS1’s role as one of the world’s leading contemporary art museums.”

Prior to joining Garage, Fowle was executive director of ICI from 2009 to 2013, and she has also served as international curator at the Ullens Center for Contemporary Art in Beijing (2007–08) and as chair of the master’s program in curatorial practice at California College of the Arts in San Francisco, a course of study she founded in 2002.

She comes aboard the good ship PS1 at a moment when it is in the unique position of being the only open location for MoMA, which has temporarily shuttered its headquarters in Manhattan to complete renovation work; it’s scheduled for an October reopening. PS1 is also getting a new restaurant that is slated swing open its doors this summer.

A Rolling Log of Sights and Observations from Venice -ARTnews