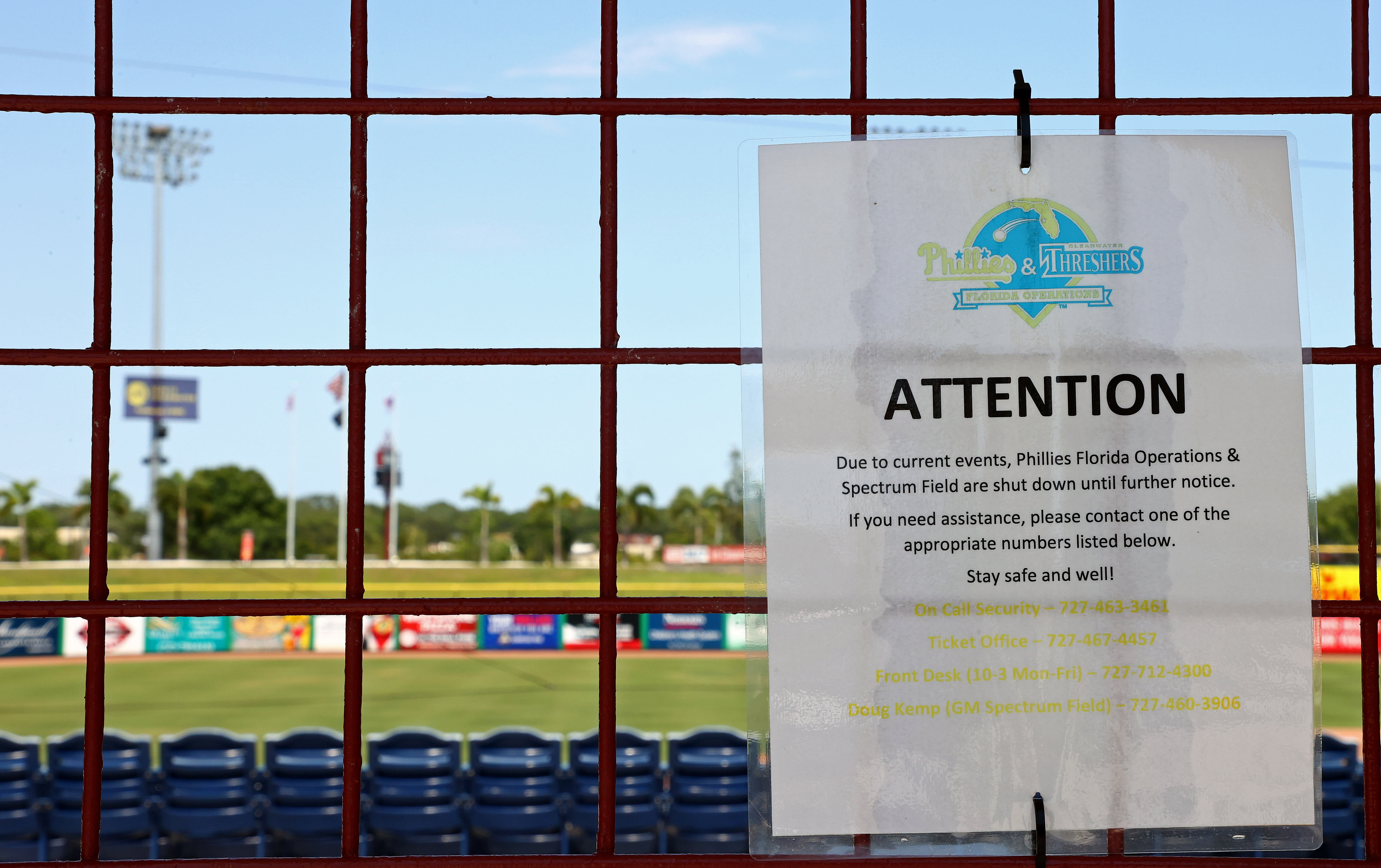 A sign announces that Phillies Florida Operations and Spectrum Field, spring training home of the Philadelphia Phillies, have been shut down on May 20, 2020 in Clearwater, Florida.Mike Ehrmann | Getty ImagesThe Major League Baseball Players Association has rejected the league’s latest plan to start operations suspended by Covid-19, the union confirmed in a statement.The MLBPA’s executive board opposed club owners’ 60-game regular season after MLB officials decided against a counteroffer of the union’s 70-game season. The board voted 33-5 to reject the deal, according to the Associated Press.”We anticipate finalizing a comprehensive set of health and safety protocols with Major League Baseball in the coming days, and we await word from the league on the resumption of spring training camps and a proposed 2020 schedule,” the MLBPA said in a statement. “While we had hoped to reach a revised back to work agreement with the league, the Players remain fully committed to proceeding under our current agreement and getting back on the field for the fans, for the game, and for each other.”The news comes days after MLB commissioner Rob Manfred and MLBPA Executive Director Tony Clark traded their versions of a private meeting in Phoenix last week. Manfred interpreted the meeting as the two sides agreeing to a “framework” to start games.With both deals rejected, Manfred will need to decide on using his authority to implement the number of games to play the season. But doing so could open up legal troubles for the MLB, especially as some players have tested positive for Covid-19 in recent days while attending team facilities.The league agreed to pay players their full prorated salaries in its last offer, but the union wanted more games added to the season. The two sides also remained more than $200 million apart on a deal that would offer $1 billion in salaries and include postseason pool pay. Club owners offered $25 million in postseason funds, while players were seeking $50 million.MLBPA officials rejected the league’s third proposal, which offered a 72-game season with as much as 83% prorated pay. The rejection came after club owners turned down players’ 89-game plan with full compensation. The MLB suspended operations on March 12 due to the coronavirus pandemic.

Coronavirus cases surge in U.S., Brazil and rise in Germany
English pubs to reopen; German district is back on lockdown
To Top
error: Content is protected !!